There will be an increased emphasis by plaintiffs on claims based on alleged policies regarding regarding FHA and ADA compliance as opposed to incidents of non-compliance. Once of the basic economic problems for ADA and FHA plaintiffs is that the barriers to access encountered by any individual plaintiff may be modest, and once such modest barriers are remediated the case may become moot. Unless there is a substantial controversy the fees awarded even by a generous court may be less than what is needed to justify the lawsuit in the first place. Alleging a policy of discrimination allows an individual plaintiff to assert claims based on barriers to access he or she does not know exist and may never encounter. The case law in this area is mixed at best, and plaintiffs can be expected to expand the availability of policy and practice claims in the accessibility context. END_OF_DOCUMENT_TOKEN_TO_BE_REPLACED

Last week I described how liability for design/build claims under the FHA can last forever. The same problem exists with design/build claims under the ADA,  as shown by the decision in Frame v. City of Arlington. There are even surprises with the statute of limitations for barrier removal cases. For example, after a plaintiff encounters an access barrier he can wait as long as he wants before filing suit.  In Pickern v. Holiday Quality Foods the Ninth Circuit said that as long as the plaintiff is aware of the discriminatory condition and is deterred from returning to the building the violation of the ADA continues.  In Pickern the plaintiff had driven to the store within the limitations period, and although he remained in his car there was some evidence of real deterrence. Nonetheless, the rule stated in Pickern would allow a plaintiff to stew at home for as many years or decades as she chose before filing suit. END_OF_DOCUMENT_TOKEN_TO_BE_REPLACED

This week two district courts, one in Oregon and one in Florida, confronted defendants determined to make sure that no one would be allowed to know whether they had violated the FHA or ADA. One seems to involve only a pointless squabble that increased legal expenses for no good purpose. The other shows how a battle over discovery can provide a real victory for the property owner. END_OF_DOCUMENT_TOKEN_TO_BE_REPLACED 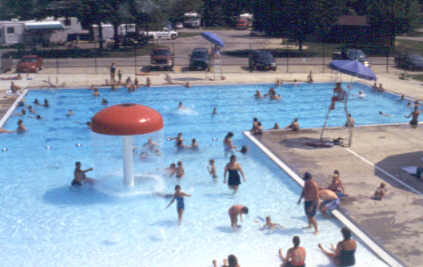 The 2010 ADA Standards were big news for commercial developers, retailers and others whose businesses are open to the public. They seem far less important to residential developers, because on their face they don’t apply, or apply only in limited places, like a leasing or sales office.There is, however, an easy to overlook application of the ADA Standards  that creates a trap for the unwary. With a single phone call making a perfectly sensible business decision the manager of a Home Owners Association can turn private amenities into public accomodations that must comply with the ADA. END_OF_DOCUMENT_TOKEN_TO_BE_REPLACED