Courts in Florida, at least, do not appear to be impressed by the Ninth Circuit’s decision in Civil Rights Education and Enforcement Center v. Hospitality Properties Trust, 2017 WL 3401319 (9th Circuit, August 9, 2017).*  In Seiger v. M&M Fin. Inv’rs Intl., Inc.,  2017 WL 3971451, at *1 (M.D. Fla. Sept. 8, 2017) a District Judge in Florida reviewed the case law in his jurisdiction and concluded that a plaintiff who never personally saw or encountered a barrier to access could not have standing because he had not suffered any injury. Mere knowledge of the barrier to access was not enough. END_OF_DOCUMENT_TOKEN_TO_BE_REPLACED

In Civil Rights Education and Enforcement Center v. Hospitality Properties Trust, 2017 WL 3401319 (9th Circuit, August 9, 2017) the Ninth Circuit decided once again to make abusive serial ADA litigation as easy as possible, ignoring both the constitutional limits on standing and the way cheap standing† has created a crisis in ADA litigation that Congress is only now beginning to fix.* The plaintiffs in Hospitality Properties Trust never visited the hotels they sued, relying instead on telephone calls in which they were supposedly told the defendant hotels lacked accessible free shuttle services. Beyond alleging the existence of these calls they included boilerplate allegations that they would have stayed at the hotel if there had been shuttle service and that they would visit in the future but were deterred by the ADA violation. This, they claimed, created an injury sufficient for Article III standing. END_OF_DOCUMENT_TOKEN_TO_BE_REPLACED 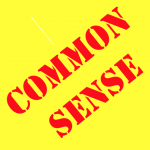 Strong v. Johnson et al, 2017 WL 3537746 (S.D. Cal. Aug. 27, 2017) probably won’t go down in history as a landmark ADA decision, but shows a sometimes uncommon level of common sense about the difference between technical ADA requirements and the reality of accessibility.

By the time of this decision, the defendants had remediated all of the barriers to access that gave rise to the original lawsuit. The plaintiffs, undeterred, sent their expert back out to look for more. What he found was an excessive cross-slope “at the head” of the accessible parking space and an excessive running slope at the handicapped parking sign. Both appear to constitute violations of the 2010 ADA Standards, which require that “parking spaces” have slopes of no more than about 2% and make no distinction between the different parts of the parking space.

The Court rejected these technical violations because: “Passengers do not load, unload, or transfer into or out of vehicles at the head of a parking space, and vehicular lifts do not deploy there.” What matters for accessibility is how the slope of the space affects a disabled person, not whether there is some spot that has a slightly excessive slope. The Court had a similar observation about slopes in the middle of a parking space: “While excessive slope in the center of a parking space might technically be a violation of some kind, the fact that it is in the middle of the parking space means it would be underneath any vehicle parked there.” The court does mention the slope at the sign, but the same reasoning applies. A person in a wheelchair isn’t going to run into or even scrape a sign, so the slope at the sign is irrelevant to accessibility.

This common sense matters to defendants because one of the many games experts play in this ADA cases involves what this expert seems to have done; that is, taking measurements at many locations, trying to find just one or two that will justify a complaint. Parking spaces are large enough that it is hard to make the entire space and adjacent aisle perfectly flat, so this game often yields results. Requiring the plaintiff to show not just a technical violation, but a violation that mattered for accessibility, will often be a victory for a defendant who would otherwise end up re-paving a perfectly good parking space.

The Court also rejected the idea that the slopes might affect the plaintiff as she traversed the parking lot because as a matter of fact she never crossed the lot; she just parked and got out of her van. The slopes might be a problem for someone, but they were not for her. The Court had a similar observation about the striping on the access aisle. After noting that there did not seem to be even a technical violation the Court went on to note that: “And even if this might be a barrier for someone, Plaintiffs have never said why it would be a barrier for them.”  Access aisles are required to be marked so as to discourage parking, but this only matters if the plaintiff cannot load or unload because of a parked vehicle, which evidently never happened.

For those who wonder why the Plaintiffs tried so hard to keep their lawsuit alive when the owner had fixed all the problems they identified, the answer is simple. Money. When remediation makes a lawsuit moot the plaintiff’s lawyers go home empty handed, and for most lawyers there is no more horrible result than that. Our next blog – “Mootness done right” – will discuss a case demonstrating what defendants must do if they want to take advantage of the mootness defense. In the meantime, remember that in one court, at least, common sense about the real impact of technical violations matters. 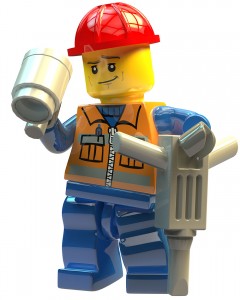 In Akinola the plaintiff sued the defendant for various violations of the ADA. The allegations of violations were not very specific, and the allegations related to the plaintiff’s standing were also somewhat general. Of course a dismissal based on pleading standards or standing is very hard to obtain, and perhaps with this in mind the defendant chose to attack whether there was any allegation of discrimination at all; that is, had Burrell alleged a violation of the statute. END_OF_DOCUMENT_TOKEN_TO_BE_REPLACED

Gilmore v. Lake Charles PC, LP, 2016 WL 3039813, at *4 (E.D. La. May 27, 2016). What the Court did based on this observation was, however, unusual in the ADA context. The Court agreed to allow the defendant in a Title III case to prove that the plaintiff had not really been denied access to the defendant’s shopping center because of minor or technical failures to meet the regulatory standards for accessibility. END_OF_DOCUMENT_TOKEN_TO_BE_REPLACED