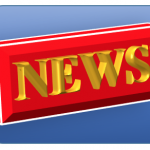 This is just a quick note about a major development in the story concerning thousands of lawsuits filed in Arizona by a purported disability rights group. The attorney involved, Peter Strojnik was mentioned in two of my blogs earlier this year. The Economist covers serial ADA litigation – Hunt quoted and Cheap Standing under the ADA. After investigations by the press and local authorities the head of the plaintiff organization has resigned and the Arizona Attorney General has intervened in an effort to shut down the litigation mill. You can read the most recent in a series of stories by Steven Trotten HERE and read the Motion to Intervene HERE.

The Arizona lawsuits are unusual because they were all filed in state rather than federal court and relied primarily on state law claims. In fact, according to the Motion to Intervene, the plaintiff dismissed federal claims to avoid removal in some cases. The reason, no doubt, is that Strojnik has found federal courts to be inhospitable for the reasons discussed in my “Cheap Standing” blog above.

It remains to be seen whether the intervention will accomplish anything positive, but it will at least make Strojnik and his cohorts work to maintain their litigation machine. With many federal judges becoming skeptical about not only the factual claims, but the utility of serial litigation there is some hope we will see positive change toward use of the ADA as a tool to increase accessibility rather than a money tree for lawyers.

« Good news for the Fair Housing Act: TWC puts a dent in dialing for dollars » Counter clutter – Is it a barrier or a bad policy under the ADA?