“Dwellings” and discrimination under the Fair Housing Act 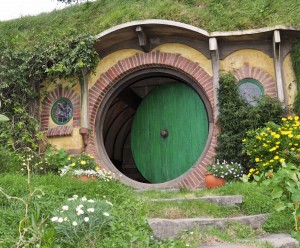 Sanzaro v. Ardiente Homeowners Ass. et al, 2:11-cv-01143-RFB,  2017 WL 5895133 (D. Nevada June 29, 2017) asks whether the clubhouse in a planned development is a “dwelling” for purposes of the Fair Housing Act. The Court doesn’t answer the question, but is one worth thinking about when trying to decide how the idea of disability discrimination applies to common areas in any kind of housing development or apartment complex.

The Fair Housing Act itself has a somewhat confusing definition of dwelling. A “dwelling” is:

a living unit designed or intended for occupancy by a family, meaning that it ordinarily has the elements generally associated with a family residence: sleeping spaces, bathroom and kitchen facilities, and common areas, such as living rooms, dens and hallways.”

This definition is what troubled the Court in Sanzaro. The plaintiffs claimed that the exclusion of a service dog from a stand-alone clubhouse in a residential community was a violation of the reasonable accommodation requirement in 42 U.S.C. §3604(f)(3)(B). That requirement applies only if the accommodation is needed for the disabled individual to have an equal opportunity to enjoy a “dwelling.” Since the clubhouse was not a “living unit” the Court questioned whether it was a “dwelling” whose use and enjoyment could be the subject of a reasonable accommodation request.

The Court was really asking the wrong question, something that can be seen only when the reasonable accommodation provisions are considered in context. Section 3604 itself begins with a list of acts that are made “unlawful.” This list includes subsections (a) through (f)(2).  Subsection (f)(3) is something different. Instead of describing an unlawful act, it defines kinds of “discrimination.” In other words, Section 3604(f)(3)(B) does not describe an unlawful act; rather, it describes a kind of discrimination that may be made unlawful by either subsection (f)(1) or (f)(2).

With this understanding, it becomes clear that the clubhouse need not be a dwelling for discrimination to exist in the exclusion of the animal. Section 3604(f)(2) prohibits discrimination in the “terms, conditions or privileges” of owning or renting a dwelling and in the “provision of services or facilities” in connection with such ownership or rental. The Sanzaros owned a house in the development, and with that house came use of the facilities, including the club house.  The real question then is whether excluding their animal from the clubhouse amounts to discrimination in the privileges of owning or the provision of services or facilities based on the resident’s disability. In other words, does the “no animals in clubhouse” rule prevent a disabled resident from using a facility in the same way as non-disabled residents.

This in turn changes the question the Court must ask in a significant way. In the world of animals that help the disabled the law recognizes two types. “Service animals” are specially trained to assist their owners in some concrete way. In most cases, the owner cannot carry out the ordinary functions of daily life without the service animal nearby. “Assistance,” “emotional support” and “therapy” animals, on the other hand, merely provide comfort by their presence without any special training. Their presence may be, but is not necessarily required for the owner to carry out the ordinary functions of daily life. For example, a person with PTSD may be unable to sleep without a therapy animal, but be otherwise able to function at work, shop or socialize. If so, the animal is needed to use and enjoy the dwelling, but not needed to use and enjoy the clubhouse. A person with an acute anxiety disorder who cannot deal with any human contact unless their therapy animal is nearby may, on the other hand, need the presence of the animal to use and enjoy the clubhouse. Exclusion of the therapy animal in that case does discriminate in the privileges and facilities associated with the residence.

When an accommodation involving the dwelling is at issue service animals and assistance animals of all kinds stand on an equal footing. If you need the animal at any time then you need the animal in the residence because it has to sleep and stay somewhere. The details of what it does for its owner are not important. When it comes to common areas the question is different. If the owner does not need the animal’s presence to use the facility then there is no discrimination in excluding it.

The common areas of a housing development or apartment complex are much more like an ADA public accommodation than a private residence. They are not public, but they are places where others gather and where behavior is an important issue. Service animals must be allowed, of course, but assistance animals should be allowed only if they are both necessary and properly trained. This is not a matter of reasonable accommodation, but of discrimination in how the disabled are treated. It looks similar, but the outcome may be different, for in many cases an animal that must be allowed in the residence can properly be excluded from common areas.

The unfortunate result is that HOA’s and apartment managers must deal with different rules when considering whether to allow an animal in the residence or allow it in common areas and other facilities. The more rules there are, and the more complex their application, the more likely it is that someone, resident or manager, will misunderstand the rights and obligations involved. HUD could solve this problem by permitting HOAs and apartment managers to ask reasonable questions about the claim of a disabled individual to need an animal in common areas. The current restrictions on what can be asked  encourage abuse of the assistance animal designation and has created an industry devoted to fake diagnosis of disability and fake certifications of service or assistance animals. Those with real disabilities and a real need for a service or assistance animal know that the proliferation of fakes hurts them, but at present it does not appear that HUD is interested in issuing the kind of guidance that would curb the use of fake assistance animals to avoid pet deposits and useful rules excluding pets from public areas.

The Sanzaro case may ultimately provide some clarification. It has been to the 9th Circuit once already, and an unfavorable ruling at trial may lead to yet another appeal. In the meantime, HOA’s and apartment management should take a little comfort in knowing that the FHA does not require that every emotional support animal be allowed in every common area just because a reasonable accommodation requires that it be allowed in the “dwelling.”

« The nightmare before Christmas – ADA violations where everything is not enough. » Quick Hits – He’s making a list and checking it twice.