Picking and choosing – HUD has its own notions of what the FHA requires. 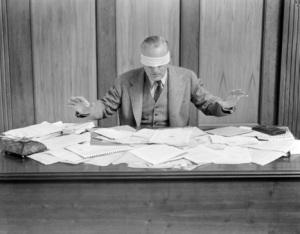 On April 30, 2013 HUD and the Department of Justice issued a  “Joint Statement” concerning FHA issues. It includes some straightforward tips about compliance with the FHA, but also includes some examples of how these agencies pick and choose among statutes and regulations in ways that might be hard to predict.

The first example is found in item 59. Both HUD and DOJ reject the 9th Circuit’s  understanding of the statute of limitations in FHA cases although it is the highest court authority on the issue. In Garcia v. Brockway, 526 F.3d 456 (9th Cir. 2008) the Ninth Circuit held that design/build claims under the FHA accrued for limitations purposes when the project was completed. This result can be avoided only by alleging a continuing practice of discrimination (see cases cited in National Fair Housing Alliance, Inc. v. HHHunt Corp., 2013 WL 335877 (W.D.Va. 2013)). Despite this, HUD flatly states that it will accept complaints based on its own interpretation of the law.

Another example of HUD and DOJ chosing the law they like can be found in item 40, which states that non-compliance with HUD Guidances is prima facie evidence of discrimination that may be rebutted by proof of compliance with some other “standard of accessibility.” The agencies cite an unpublished Ninth Circuit decision that concerns HUD’s administrative procedures. Other courts have rejected this approach because the HUD Guidances are not mandatory and a failure to meet them does not mean the property is not accessible. See, U.S. v. JPI Const., L.P., 2011 WL 6963160 (N.D.Tex. 2011). An accurate statement of the law would simply be that the burden of proof issue is unsettled.

HUD’s theory concerning the burden of proof spills over into item 38, in which HUD announces that owners and architects cannot pick and chose among the 10 safe harbor standards it recognizes. If you choose HUD Guidances for accessible entrances you cannot choose the International Building Code for bathroom fixtures. On its face this doesn’t make any sense because if a particular technical standard is adequate then it shouldn’t matter which standard it is in. However, it is clear from Guidance 40 that the only real safe harbor is HUD’s own Guidances, and if there is any deviation HUD will expect the owner and architect, not HUD, to prove the architectural feature is accessible. By not allowing an architect or owner to select from among the safe harbor standards HUD makes it that much more difficult for an owner or architect to do anything but design according the HUD Guidances.

A similar “gotcha” approach appears in items 46 and 47, which cover situations in which both the FHA and another federal law like the Rehabilitation Act or ADA apply. Here HUD and DOJ say that where multiple laws apply, the law that imposes “greater accessibility requirements” must be followed. This makes sense where one law imposes no requirement and the other does, but makes no sense at all where the standards created by different agencies simply differ in some technical respect. If the least strict standard still insures accessibility, as it should, then why require more? Logic would suggest that  compliance with any one technical standard should be prima facie proof that the feature is accessible and therefore non-discriminatory.

In other guidances HUD seems to flip flop between literal application of statutory language and its own notion of how the law should apply. HUD’s interpretation of “covered multi-family dwellings” provides a good example of this. 42 U.S.C. §3604(f)(7)(A) defines “covered multi-family dwellings” to include buildings that have 4 or more units “if such buildings have one or more elevators.” In item  24 HUD and the DOJ announce that a freight elevator is an elevator, and so all the units on floors served by the freight elevator must comply with FHA accessibility requirements. This is a literal interpretation of the language of the statute. On the other hand, in item 25 HUD and DOJ announce that an elevator internal to a single townhouse unit is not an “elevator” as that word is used by the statute, so that only the unit with the elevator must be accessible. This makes sense if we understand that the point of the elevator rules is insure if a person in a wheelchair can reach a unit then the unit should be accessible. An elevator internal to one unit does provide that kind of access. However, freight elevators don’t provide access unless they are turned into passenger elevators by putting them on an accessible route.

While item 25 ignores the statutory language in favor of common sense, items 26 and 27 ignore the statutory language to impose a requirement that cannot be found in the law. In item 26 HUD takes the position that if a multistory townhouse is planned so an elevator can be added later then the townhouse itself must be accessible. In item 27 HUD adds that once the plan includes an elevator option for one unit, the entire building must meet its public and common area requirements for accessibility. The statute covers buildings that “have” an elevator; there is no mention of buildings that might have an elevator at some later time.  By requiring that a hypothetical future elevator drive the design of individual units and common areas HUD goes far beyond the language of the statue.

HUD does this because it’s goal is not to interpret the statute as it is written, but rather to find ways to require the maximum number of accessible units. items 19 through 21 bring this point home by forbidding individual owners of condominium or similar properties to take their house out of the FHA accessibility requirements. If those new cabinets you want in the kitchen diminish the clearance at the sink HUD’s position is that putting them in violates the law. Which law? There is nothing in the FHA that purports to govern the remodeling of an individual private residence; this is simply HUD’s attempt to increase or preserve the number of accessible units on the market.

A final and perhaps minor example of HUD arbitrariness is found in item 9, which announces that a single story dwelling can have a loft or a sunken room feature, but not both, regardless of whether both features comply with HUD’s standards.  I cannot think of any rationale for this except an arbitrary decision that a little bit of inaccessibility is o.k. but a little more is not.

For developers, architects, contractors and owners the message behind the Joint Statement is clear.  When it comes to HUD and DOJ actions you cannot rely on logic, the language of the statute or the decisions of the courts. The only “safe harbor” is to build exactly the way HUD wants it built.

« Pleading ADA defenses: What’s sauce for the goose . . . » Assistance Animals and the FHA – Lessons from a new lawsuit by the DOJ