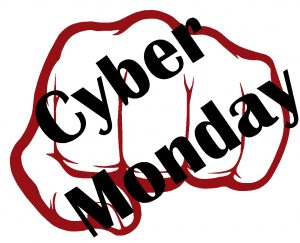 That’s right, it’s Cyber Monday. Interestingly enough there have been no ADA web access decisions since my last Quick Hits blog, but there are still a few developments of interest.

The long road from an interesting partial victory to a final settlement.

I blogged about States v. Mid-America Apartment Comms., Inc., 247 F. Supp. 3d 30, 36 (D.D.C. Mar. 27, 2017) last year.* The case was interesting because the defendant got a preliminary ruling suggesting that a certificate of occupancy based on a building code that incorporated FHA standards could be a defense to a claim under 28 USC §3604(f)(3)(C) for failure to properly design and construct multi-family housing. The potential for this defense was recognized in Miami Valley Fair Hous. Ctr., Inc. v. Preferred Living Real Est. Investments, LLC, 2018 WL 4690790, at *8 (S.D. Ohio Sept. 28, 2018) but found premature in a summary judgment context. Then, on November 21 of this year the Department of Justice announced a multi-million dollar settlement with Mid-America. I was interested in what happened between the 2017 ruling and the 2018 settlement, so I reviewed the case file to see if anything of interest to other defendants might appear.

The only available information on the settlement is a press release from the Department of Justice, so it isn’t clear exactly what compromises may have been made after the March 2017 ruling. In the months after that ruling there was a good deal of motion practice but no order entered before the parties requested a stay of litigation to pursue settlement discussions in December of 2017. It isn’t surprising that it took eleven months to wrap up a settlement given the number of properties involved, but there is some suggestion that DOJ made significant compromises. According to the March 2017 ruling the case was brought against 50 multi-family properties owned by Mid-America. DOJ’s press release announces remediation of only 36 properties, with a remediation fund of only $25,000 for 14 properties sold during the litigation. Because subsequent owners have no FHA liability they present logistical problems for enforcement, but $25,000 total could best be categorized as a pittance to remediate 14 apartment complexes. The settlement amount for the other 36 properties seems large at first glance, but amounts to “only” $308,000 per property and appears to be a cap on total remediation costs rather than a commitment to full remediation. Depending on the nature of the construction problems this could be a fairly small amount and represent a significant compromise in terms of the work to be done.

Most significant, perhaps is that neither DOJ nor Mid-America wanted to roll the dice on Mid-America’s defenses. Fighting an opponent with unlimited time and resources is difficult, especially in a case where it is likely that at least some statutory violations occurred. Whether the money Mid-America invested in its fight with DOJ was worthwhile is impossible to know, but the settlement does leave alive the possibility that more courts will recognize the fundamental unfairness of holding apartment developers to a standard higher than that required by local building authorities to whom Congress specifically delegated enforcement of FHA construction standards.

Langer v. San Pedro St. Properties, LLC, 2018 WL 5880748 (C.D. Cal. Nov. 8, 2018) is another in a long line of cases where the defendant deliberately defaulted to minimize attorneys’ fee exposure. In this case it worked brilliantly because the Court applied a schedule of fees for default judgment cases that resulted in a fee of $625. It appears the injunctive relief is meaningless, for the Court ordered that “to the extent” the parking lot in question was one of public accommodation it must comply with ADA standards. The defendant had claimed the parking lot was not public, and the conditional nature of the injunctive relief means the plaintiff will have to fight the issue to achieve a meaningful outcome. Given the serial litigation business model that seems highly unlikely. This is also a perfect example of why it is important to know the individual judge in ADA cases – other judges in the Central District of California have awarded thousands of dollars more in fees for default judgments, so the default strategy may depend on the individual judge.

The economics of most ADA litigation is simple. The cost of settlement, including remediation, will be less than the cost of even a basic defense, making settlement the rational choice.  The law does not require, however, that a defendant take the cheap way out, as illustrated by Scott Smith, Pl., v. Bradley Pizza, Inc., Pamela M. Dahl, Defendants., 2018 WL 5920626 (D. Minn. Nov. 13, 2018). This decision concerns a number of discovery disputes, with the Defendants winning in most cases and the plaintiff and his attorneys having to pay sanctions. The flavor of the case is found in this comment from the Magistrate Judge:

In an effort to keep costs for both sides under control, the Court encouraged the parties to use an informal process to help resolve discovery and other pretrial disputes. However, the parties used the informal process with such a combination of frequency and acrimony that it appeared the informal dispute process may have been worsening rather than alleviating the contentiousness of the litigation. This ultimately led the Court to advise counsel in an October 3, 2018 letter that because this case generated an unreasonable number of disputes, the Court would require all future discovery disagreements to be raised by formal motion.

There is one substantive point of law worth noting. The Court confirms what many others have confirmed; that is, a party who does not control part of a premises cannot be liable for ADA violations in that part of the premises. This most commonly occurs in landlord tenant relationships where the landlord has exclusive control of common areas, but it can also arise in franchise-franchisee and other contractual relationships.

Smith-Jeter v. Artspace Everett Lofts Condominium Association et al, 2018 WL 6042312,  (W.D. Wash. Nov. 19, 2018) serves as a reminder of the problem that independent tenant associations can cause for management even though in this case management ultimately won. The plaintiff’s claim for illegal retaliation under the Fair Housing Act rested on a decision by a volunteer tenant association to place an offensive artwork near the plaintiff’s mailbox. The case is worth reading for the background and hints of a long-running feud among the tenants, but the case ultimately turned on the fact that the management company defendant had nothing to do with the choice of where the artwork was placed. The take-away for management in a purely legal sense is that you shouldn’t buy liability by trying to control tenant association actions unless there is a real need. On a more practical basis, getting a favorable decision was certainly an expensive proposition, which suggests the wiser choice may be to control tenant associations in order to avoid the kinds of lawsuits that arise out of ignorance or spite among members of an association.

Motive and trespass in ADA cases.

*  See, “Maybe a CO does mean something – rediscovering a safe harbor under the FHA”

**See our blog “ADA serial litigation problems? – don’t get mad, get even.“

« Rethinking ADA standing – web access cases are pointing the way. » Obesity and the ADA: Who is disabled and when does it matter?