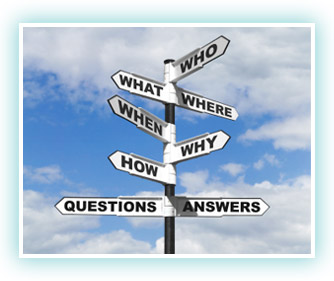 Until 2011 it was clear that a person who purchased an existing multi-family development or apartment complex and was not affiliated with the original owner did not have the kind of liability that would require making every unit accessible. “Design/build” liability of that kind was reserved to the original owner of the project based on 42 U.S.C. § 3604(f)(3), HUD’s informal guidance and cases like Silver State Fair Housing Council, Inc. v. ERGS, Inc., 362 F.Supp.2d 1218 (D.Nev.2005). Then, in April of 2011 the District Court in the Middle District of Florida denied a Motion to Dismiss filed by a subsequent owner, finding that it might be possible to prove that merely owning an apartment complex that did not meet FHA standards would constitute discrimination under 42 U.S.C. §3605(f)(1) or (2). Harding v. Orlando Apartments, LLC, 2011 WL 1457164 (M.D. Fla. 2011).  In 2012 the District Court for the Southern District of Indiana reached a similar conclusion. National Fair Housing Alliance, Inc. v. S.C. Bodner Co., Inc., 844 F.Supp. 2d 940 (S.D. Indiana 2012).  Finally, in June of this year the District Court for the District of Maryland discussed the theories of liability in Bodner and Harding while ultimately denying the plaintiff’s motion to add these new theories to its claims. Equal Rights Ctr. v. Equity Residential, 2013 WL 2460521 (D. Md., 2013). It did this based on the delay in amendment, not on the basis that the claims were not good ones.

These cases, despite what I view as glaring errors in their reasoning, created a new risk that subsequent owners might be found liable for remediating all units that did not meet the FHA Guidelines even though there was no “design/build” liability under §3604(f)(3). The extent of that risk is uncertain. The Bodner case involved affiliates and both Bodner and Harding were decided at the motion to dismiss stage, leaving it uncertain what standard the courts might apply in a fully developed case. Equity Residential didn’t squarely address the new liability theories because it concerned amendment.

That uncertainty may end, though not for several months at the earliest. In Harding the District Court ultimately granted a defense motion for summary judgment, finding that the defendant had no “wrongful knowledge” of the FHA violations. The plaintiff appealed, arguing that the defendant’s knowledge was not relevant to its liability. The defendant recently filed its response, asking that the Court of Appeals hold that there could be no liability regardless of the quality of its knowledge. The plaintiff’s reply brief was filed on October 15, so the matter is now ready for decision. The Eleventh Circuit can decide that subsequent owners are liable for full remediation on a theory different than “design/build” liability under §3604(f)(3), decide that there is no liability at all, or choose the District Court’s middle ground of “wrongful knowledge.”

In the meantime, what should property purchasers do if they are buying a multi-family project? One approach might be to remain willfully ignorant of FHA compliance on the theory that ignorance is bliss when it comes to “wrongful knowledge.” With all due respect to the District Court in Harding, the plaintiff’s theory of liability under §3604(f)(1) and (2) cannot be logically tied to knowledge at the time of purchase. Under these theories liability depends only on ownership of the property, not knowledge. The knowledge-based theories are really a means to extend liability under §3604(f)(3), not to create liability under (f)(1) and (f)(2). Remaining ignorant just denies the purchaser the opportunity to completely evaluate its risks.  Another approach would be to request seller indemnities, which has some merit despite the fact that these indemnities may not be enforceable (see my blog of November 12, 2012). With or without indemnities a buyer faces some risk of later liability for making the property fully FHA compliant. I believe the risk is small, both because I have confidence in the 11th Circuit and because lawsuits under the FHA are rare, but it is risk nonetheless. The best a buyer can do is go into the purchase with its eyes open.

« Are you saying these guys couldn’t deal with a 1:15 slope? Just what is an “architectural barrier” under the ADA » Personal injury damages for ADA violations – it can happen.