Reality, virtual and legal – does the ADA require captioning of VR games? 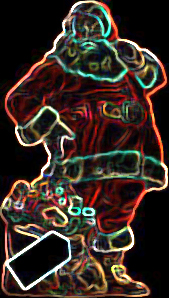 Jeremy Horelick of ADA Site Compliance called my attention to a recently filed lawsuit making a novel ADA claim. In Panarra v. HTC Corporation and HTC America, Inc., Case No. 6:20-cv-06991 (W.D.N.Y.) the plaintiff claims that because he is deaf he is denied equal access to the virtual reality games and experiences offered by defendants’ website, https://www.viveport.com/infinity. This, he claims, violates the Americans with Disabilities Act and New York law.² The lawsuit can be seen as just the latest in a line of cases stretching back at least to Arizona ex rel. Goddard v. Harkins Amuse. Enterprises, Inc., 603 F.3d 666 (9th Cir. 2010), a case arguing that a chain of movie theaters was obliged to provide closed captioning for the movies it showed and even to Stoutenborough v. Natl. Football League, Inc., 59 F.3d 580, 582 (6th Cir. 1995), a case claiming that the NFL’s “blackout rule” discriminated against the deaf in violation of the ADA because it meant that for many games the only broadcast available was a radio broadcast. That chain of cases certainly includes Natl. Ass’n of the Deaf v. Netflix, Inc., 869 F. Supp. 2d 196 (D. Mass. 2012) since at the center of Panarra’s argument is the fact that since Netflix provides captions for its content it must be possible for HTC to do so as well.

The legal reality is, however, more complicated than that. Panarra wants captions on the content that Defendants “create, produce, and/or provide.” That content, however, is distinct from the platform on which it runs and arguably falls under the DOJ rule at 28 CFR §36.307(a). This rule provides that a public accommodation¹ is not required to “alter its inventory to include accessible or special goods.” In Jancik v. Redbox Automated Retail, LLC,  2014 WL 1920751 (C.D. Cal. May 14, 2014) a District Court confirmed earlier cases holding that the ADA did not regulate the content and characteristics of goods, in that case the DVDs distributed by Redbox. In Stern v. Sony Corp. of Am., 459 Fed. Appx. 609 (9th Cir. 2011)(unpublished) the 9th Circuit held that video games sold by Sony Corp were not “facilities” covered by the ADA, again distinguishing goods from the place of public accommodation itself.

Anticipating this kind of argument Panarra claims that captioning is an “auxiliary aid or service” that any public accommodation must offer to those with disabilities who would otherwise be treated differently than other individuals. DOJ regulations explicitly recognize captioning as such an auxiliary aid or service. 28 CFR §36.303(b)(1) and the auxiliary aid or service theory was one of many applied to a claim with respect to captioning video content in Natl. Assn. of the Deaf v. Harvard U., 3:15-CV-30023-MGM, 2016 WL 3561622, at *11 (D. Mass. Feb. 9, 2016), report and recommendation adopted, CV 15-30023-MGM, 2016 WL 6540446 (D. Mass. Nov. 3, 2016).  That may not be the end of the story though. There is at least a reasonable argument that the auxiliary aids and services requirement is intended to provide access to the goods and services sold by a public accommodation, not to change the goods and services themselves, especially when the goods come from third parties whose rights would be infringed by modifying them. And that observation  requires considering another question – is a virtual reality video game a good or a service? If it is a service then the service itself should be accessible. If it is a good it falls into the inventory exception. It also requires asking a technology question; can captioning be added at the platform level rather than the game level? At the platform level captioning can be seen as an auxiliary aid for access to the content provided by the platform. At the game level it looks more like a part of the goods provided.(4)

There is another complication, this time involving the difference between open and closed captioning. As pointed out in Harkins, the DOJ commentary to its ADA regulations explicitly states that open captioning is not required for movie theaters. 28 C.F.R. pt. 36, App. B(C), at 727 (2009).  A virtual reality platform is not a movie theater, but the rationale for this comment was that open captioning changes the experience for everyone attending a movie, most of whom would be distracted by the captions. The auxiliary aids and services requirement specifically excepts changes that would fundamentally alter the nature of the goods and services provided, and open captioning would certainly diminish the virtual reality experience for users who were not deaf. The outcome of Panarra may turn on whether it is possible with existing technology to deliver captions to those who want them without showing the captions to those who do not.

I blogged recently about the Online Accessibility Act of 2020³, a bipartisan effort to bring the ADA into the 21st century with respect to websites. Congress has acted before to deal with lacunae in the ADA. The Congressional response to Stoughtenborough was the Telecommunications Act of 1996, which required captioning for television broadcasts, taking the issue out of the ADA entirely but without eliminated NFL blackouts. DOJ also has regulatory authority that could clarify how the ADA applies to online game and virtual reality offerings. Under the incoming Biden administration it may even be willing to exercise that authority. In the meantime decisions about what technology can and cannot achieve at a reasonable cost will be left up to the courts, with a predictable level of confusion for business as individual judges reach different conclusions in different jurisdictions. The level of future dysfunction in Congress is now tied to upcoming runoff elections in Georgia, but one thing both political parties always seem to have agreed on is the importance of equal access for the disabled. The ADA has just turned thirty, and maybe it’s time for what they call in Hollywood “a little work” here and there to bring it up to date with changes in technology.

¹ In the 2nd Circuit Defendants operate a “public accommodation” even though the platform is only online. In the 9th Circuit online VR platforms would not be subject to the ADA at all.

² For another perspective on this case see the blog from Sheri Byrne-Haber, this-week-in-accessibility-first-lawsuit-filed-over-lack-of-captions-in-vr-f82c21337d16

(4) The history of captioning for movies is interesting in this regard. When DOJ updated its regulations concerning the ADA it added a requirement that movie theaters provide the equipment necessary to decode closed captions present in the movie itself (an auxiliary aid or service), leaving it up to movie producers to include the captions (a change in the goods). Movie producers began providing captions in almost all movies as digital technology replaced film and the cost of captioning fell to the point that it was a good investment from a business perspective. In the meantime the theater regulations were intended to balance the cost against the increasing availability of content with captioning, a balance that cannot be achieved when cases are decided individually.