Need to get rid of some blood? Plasma donation centers and the ADA. 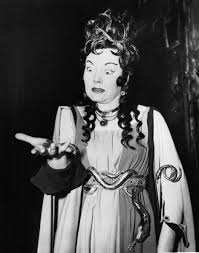 Lady McBeth notoriously had a problem with some blood she needed to get rid of. It wasn’t a lot, but suppose she wanted to unload a pint of plasma at her local donation center. Would she be going to a service establishment subject to the ADA, or would this be some other kind of commercial transaction? That question is the subject of a recent DOJ Statement of interest that I’ll discuss in a minute. First though let’s take a look at buying and selling things in general.

At my local Kroger store two different kinds of trades take place every day. Consumers like me trade our money for the goods Kroger sells. At the same time, Kroger is paying money for truckloads of goods from its suppliers. As a business selling goods to the public it is a “public accommodation” subject to Title III of the ADA. As a buyer of goods it is a commercial facility also subject to Title III, but only in a very limited way. The distinction seems clear despite the fact that both kinds of transaction involve the exchange of money for something else and they take place in the same building.

Meanwhile, the Half-Price Books down the street also engages in two kinds of trade. At a counter in the back of the store it buys used books. In the rest of the store it sells used books. The part of the store that sells used books is clearly a Title III public accommodation, but what about the small area in the back that buys used books? Let’s suppose for a moment it has a separate entrance (it does) and that it is walled of from the rest of the store (it isn’t). Is this book buying business a “service establishment” and therefore a “public accommodation” subject to the general anti-discrimination provisions of Title III, or is it, like Kroger, merely a “commercial facility” with limited physical accessibility obligations. We can ask the same question about the local Salvation Army store. It accepts donations at a loading dock in the back; is it providing the service of taking junk off the hands of donors who want a receipt for tax purposes? Should the loading dock meet ADA physical accessibility standards so that individuals with disabilities can donate as easily as those without?

That brings us to the Department of Justice’s recent Statement of Interest in Gomez v. CSL Plasma, Inc. In Gomez the court is grappling with the question of whether a plasma donation center is a “public accommodation” required to meet all the anti-discrimination requirements of Title III.¹ This is an issue on which the courts do not agree. The Fifth Circuit says plasma donation centers are not covered by Title III because they are not service establishments. For the Fifth Circuit a service establishment is one where customers pay money for services. At plasma donation centers the center pays customers for their blood. The Fifth Circuit doesn’t say the direction the money flows is conclusive, but it is clear that it doesn’t regard giving someone money in exchange for goods² as a “service.”³

The “benefit” criteria for what constitutes a service isn’t exactly a clear one. In Levorsen v. Octapharma Plasma, Inc. the Tenth Circuit used a definition that distinguishes between goods and services, saying that a service establishment: “assists or benefits someone or something or provides useful labor without producing a tangible good for a customer or client.” The plasma center “assists or benefits” the donor by extracting their blood so it can be sold to the plasma center. But isn’t the blood a tangible good that, because it has been extracted, can now be sold by the client or customer? Was the guy who offered to tow away my unfixable old car if he could buy it for $200 offering me the service of car removal or just buying old cars? When you have multiple trades going on at once whether the business is a “service establishment” would seem to depend on what you identify as the primary transaction. For the Fifth Circuit the primary transaction was buying blood; the “service” was incidental. For the Tenth and Third Circuits the primary transaction was extracting blood, the subsequent purchase was incidental.

The real problem here is that the ADA recognizes ten exclusive categories of public accommodation, and the only one that can be stretched to include businesses that buy from consumers is “service establishment.” It would seem logical, given the purpose of the ADA, that any consumer business open to the public would be a “public accommodation,” but to accomplish that you have to find a way to make the money paying side look like it is providing a service. DOJ argues that you can get to this point because of the ADA’s “expansive purpose,” but once you start down the road of adopting any interpretation of the ADA that fulfills its expansive purpose it’s hard to find a stopping point before you throw out the language of the statute entirely. At the same time the Fifth Circuit’s strict interpretation of “service” to exclude the payment of money does seem contrary to the idea that businesses open to the public should be open to those with disabilities as well.

I think there may be an easier solution, which is to defer this question to Google instead of dictionary definitions of “service.” Google knows how people use words because you can’t deliver good search results unless you know what is being requested. If you google “book buying service” you’ll immediately find a number of book buying companies – apparently buying used books is commonly understood to be a service. The same with “car buying service.” Taking stuff off your hands and giving you money for the stuff taken is understood as a service by Google and therefore presumably by almost everyone. As lawyers and judges often do, the courts and DOJ may be overthinking the problem of “service establishment.” Buying from someone who is not in the business of selling is doing them a service as Google understands service, and that means such buyers are “service establishments.” I’m not sure the Google test for statutory interpretation will ever take off in the Courts, but it looks like a reasonable option to me.

¹ What Mr. Gomez wants is an ASL interpreter so he can donate blood despite being unable to hear the various employees with whom he has to interact. At this point the Court has not had to deal with whether this is a reasonable request; first it has to decide if it is a request that is covered by Title III at all.

² It appears that once removed from the body blood is a “chattel” or good, just as a tree that is part of the land becomes a chattel when cut down.

³ Bill Goren has looked at the cases and issues in depth in his Understanding the ADA blog.

« DOJ announces that there is no safe harbor for physical accessibility. » ADA and FHA Quick Hits – dog days of summer edition