In Civil Rights Education and Enforcement Center v. Hospitality Properties Trust, 2017 WL 3401319 (9th Circuit, August 9, 2017) the Ninth Circuit decided once again to make abusive serial ADA litigation as easy as possible, ignoring both the constitutional limits on standing and the way cheap standing† has created a crisis in ADA litigation that Congress is only now beginning to fix.* The plaintiffs in Hospitality Properties Trust never visited the hotels they sued, relying instead on telephone calls in which they were supposedly told the defendant hotels lacked accessible free shuttle services. Beyond alleging the existence of these calls they included boilerplate allegations that they would have stayed at the hotel if there had been shuttle service and that they would visit in the future but were deterred by the ADA violation. This, they claimed, created an injury sufficient for Article III standing. END_OF_DOCUMENT_TOKEN_TO_BE_REPLACED 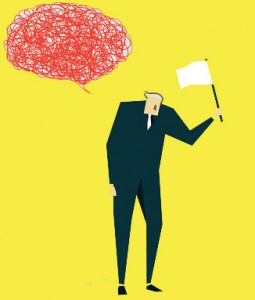 In the last several weeks we’ve gotten calls from attorneys and industry groups in several states about Patrick Coleman’s company, “Fair Housing Advocates,”  filing significant numbers of HUD multiple complaints in Louisiana, Indiana and elsewhere. There is no easy way to know the full geographic extent of Fair Housing Advocates’ activities because the dialing for dollars business requires nothing but a phone, a list of apartment complexes, and a willingness to prevaricate about one’s motives and intent. City Vision Services, a related business, has also re-appeared with a complaint filed in Nebraska. END_OF_DOCUMENT_TOKEN_TO_BE_REPLACED

Good news for the Fair Housing Act: TWC puts a dent in dialing for dollars

I’ve written before about the dialing for dollars phenomenon in Fair Housing Act claims (click here) and about how cheap standing facilitates litigation aimed more at profit than progress (click here). There is good news on both fronts from the Texas Workforce Commission, which recently dismissed several FHA complaints because the organization that filed them, a private corporation called Fair Housing Advocates, could not demonstrate it had standing. Fair Housing Advocates is operated by Patrick Coleman, one of the two owners of City Vision, a similar organization devoted to making money by means of HUD complaints. Citi Vision appears to have abandoned the dialing for dollars business earlier this year, probably because TWC started dismissing its complaints for lack of standing. END_OF_DOCUMENT_TOKEN_TO_BE_REPLACED