The following link is to a story on ABC 15, Arizona concerning the latest developments in the ongoing investigation of abusive ADA litigation in Arizona and New Mexico. Local Judge Orders Release. The article explains the situation in some detail, but the basic news is simple. A private company hired lawyers and plaintiffs to file ADA lawsuits, paying for their services and pocketing what looks like a substantial profit. None of this might have ever come to light except that the number of suits (in the thousands) was astonishing even by ADA serial litigation standards.

For both disabilities advocates and firms like ours that defend ADA lawsuits this kind of report poses a critical question: Is this the norm, or an aberration? When we see dozens or hundreds of ADA suits filed in a short time by a single firm and plaintiff are we seeing a legitimate effort to create an accessible world or exploitation of a law for purely private benefit? END_OF_DOCUMENT_TOKEN_TO_BE_REPLACED

ADA testing and ADA exploitation are not the same – the courts are getting it. 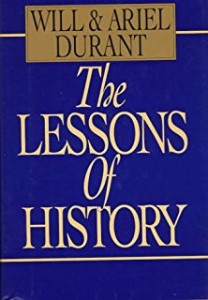 The broad sweep of ADA litigation history runs from early cases in which serial litigants (also known as “drive-by” litigants) were given the benefit of the doubt as crusaders for civil rights to more recent cases in which courts have found reasons to restrict this kind of abusive litigation. Many courts are awarding minimal attorneys fees on default judgment, imposing semi-objective standards for determining intent to return as an element of standing, and otherwise making it difficult for those who file for profit difficult to do so.

And while there is no doubt that a “tester” plaintiff can have standing under the ADA, Betancourt, 735 F. Supp. 2d at 605, Deutsch is far from being a “tester.” He sued 385 business in 306 days (and those 306 days include all of the intervening Saturdays, Sundays and holidays when the courthouse was closed). He did not provide the businesses pre-suit notice or allow them to cure the deficient parking before suing, and his attorney demanded payment of thousands of dollars in attorney’s fees before he would dismiss the suits, even when the problems were quickly remedied. See, e.g., Dkt. No. 6–1 in A–15–CV–1198 LY.

This is the kind of practical appraisal of a plaintiffs’ conduct in which courts must engage if the exploitation of the ADA for profit is to end. “Tester” standing was first recognized in only limited circumstances based on the right of racial minorities to be given truthful information, regardless of their intent to buy or rent. See, Havens Realty Corp. v Coleman, 455 U.S. 363, 102 S.Ct. 1114 (1981). In Havens the question whether a person was entitled to truthful information about a rental even if he did not intend to rent. The Court found that the word “person” in the relevant section of the Act embraced individuals who did not intend to rent, and so providing false information was a violation of the statute. The tester’s standing came from nothing more than the breadth of the word person and the very clear statutory prohibition against providing false information. Unfortunately,  “testers have standing” was soon elevated to a principle of law applied without regard to the existence of a specific statutory harm. Instead testers were given standing based on the notion of dignitary harm suffered when a disabled individual merely sees violations of accessibility standards. See, Smith v. Pacific Properties and Development Corp., 358 F.3d 1097 (9th Cir. 2004).

This dignitary harm is a legal fiction, and because it is fictional the courts have had to draw arbitrary lines to provide some minimal restraint on serial litigation. For example, a plaintiff has standing to sue with respect to violations he or she has never seen, but only if he or she has personally confronted at least one violation at the same premises. See the discussion in Brooke v. Clay Andro Peterson, 2016 WL 2851440 (C.D.Cal. May 13, 2016). Merely seeing pictures of a violation without personally visiting the premises is not enough, though it isn’t clear why the dignitary harm of confronting a violation in person is worse than seeing a picture or reading a reliable report. The distinction is arbitrary because the harm is fictional.

Deutsch points toward a more rational basis for finding that a disabled person has suffered harm; that is, was the person actually denied access to the premises. The purpose of the ADA and the disability provisions of the FHA was to make facilities accessible, not to make disabled individuals feel good about society’s efforts on their behalf. A drive-by litigant like Deutsch who never intended to get out of the car suffers no harm because, never desiring access, he was never denied it.  The weight of authority goes against this idea, but the massive abuses of the ADA in Arizona and lesser abuses elsewhere may convince courts that the concrete, imminent harm required by the U.S. Constitution and by both the ADA and FHA can come only from a denial of access, not from merely feeling bad about seeing a barrier to access. 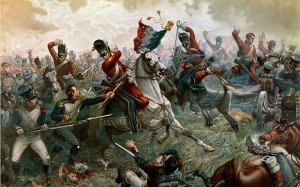 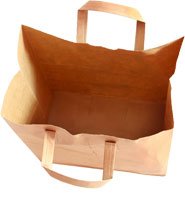 We’ve written before about the perils of private ADA settlements. The yin and yang of ADA defense. Perilous settlements and temporary victories, and Starbucks and the ADA – more perilous settlements and temporary victories. explain how an ADA settlement can cost plenty and do nothing. The problem is simple. If you settle one case, but have not brought your business into ADA compliance, you are at risk for another case, and another, and another. That risk came home to roost for the defendant in Gniewkowski v. Party City Holdco, Inc., Case No. 2:16-cv-1686 (W.D. Penn.). In a decision issued on January 27 Judge Schwab, who has perhaps more experience in web access cases than any other federal judge thanks to the prolific filings of the Carlson Lynch firm, denied a motion for summary judgment based on the settlement of a web access case from Florida. Party City Holdco appears to be on its way to paying twice to settle the same website accessibility claim. END_OF_DOCUMENT_TOKEN_TO_BE_REPLACED 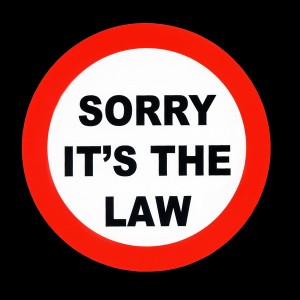 In Adams v. 724 Franklin Ave. Corp., 2016 WL 7495804 (E.D.N.Y. Dec. 30, 2016) the defendant’s counsel, aware of past cases in which the district court had shown a certain hostility to serial litigants, decided that instead of defending the ADA lawsuit against his client he would offer a small settlement and then dare the plaintiff to take a default judgment. The court characterized his correspondence with plaintiff’s counsel in these words: END_OF_DOCUMENT_TOKEN_TO_BE_REPLACED