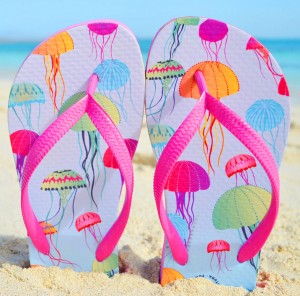 Summer is almost over, but before I put away my flip flops and seer sucker suit here’s a last look at what has been a very busy summer in the field of ADA and FHA litigation.

Wetzel v. Glen St. Andrew Living Community, LLC, 2018 WL 4057365 (7th Cir. Aug. 27, 2018) is a critically important decision for landlords because it holds a landlord may be liable for its failure to restrain discriminatory conduct by tenants. The plaintiff is a lesbian who found herself the subject of a “torrent” of abuse from fellow tenants based on her sexual orientation that included both verbal and physical assaults. The rules of the apartment complex were similar to those of most apartments and permitted the landlord to take action against any tenant whose conduct was a threat to the health and safety of others or interfered with the peaceful use and enjoyment of the apartments. The plaintiff reported the abuse to management, who did nothing about it. In fact, they engaged in various kinds of conduct that essentially punished the plaintiff for complaining. When the plaintiff finally sued under the Fair Housing Act the landlord’s defense was that it could not be held liable for discrimination by other tenants. END_OF_DOCUMENT_TOKEN_TO_BE_REPLACED 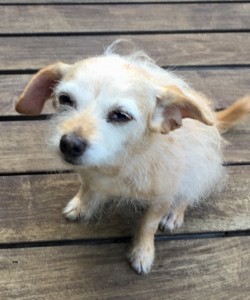 One of the circuit court decisions is Hillesheim v. Myron’s Cards and Gifts, Inc., 17-1408, 2018 WL 3602372 (8th Cir. July 27, 2018), which deals with problem of aisles blocked by “temporary” obstructions. We’ve blogged about this before* and the law really hasn’t changed. DOJ’s regulations acknowledge that aisles that are required to be 36″ wide will from time to time be blocked when shelves are being re-stocked or perhaps repaired. This doesn’t excuse the case in which the aisles are always blocked with something temporary.  The line between temporary obstructions and permanent clutter can be hard to draw, and early in a lawsuit is not when hard lines are drawn. In this case the District Court dismissed a claim based on clutter in the aisles, applying an absolute rule that temporary obstructions could not violate the ADA. The Eighth Circuit disagreed, finding that the issue required factual development to decide whether the temporary obstructions were really temporary. This put it in line with the earlier cases cited in our past blogs. END_OF_DOCUMENT_TOKEN_TO_BE_REPLACED

Let’s celebrate the ADA’s 28th birthday with meaningful reform of a broken system. 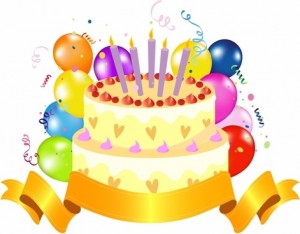 Last week marked the 28th anniversary of passage of the ADA and for a brief time the disability law headlines in my Google News feed were celebratory. On ordinary days there are mostly two kinds of headlines. One group of headlines condemns serial or “drive-by” lawsuits as an unfair attack on innocent small businesses, using words like “extortion” and “hold-up.”  The other suggests that any change to the current system of private enforcement of the ADA amounts to destroying it, saying for example that a requirement of pre-suit notice would “strip protections for Americans with disabilities granted under the Americans with Disability Act (ADA) of 1990.”* There doesn’t seem to be much middle ground, but it is worth asking whether either side is right.

Businesses sued under Title III of the ADA almost always have the same reaction. “I didn’t know I was violating the law.” Many businesses in older buildings still believe that they are “grandfathered” and don’t have to comply with the ADA, which is simply false. Others run afoul of the technical requirements in the 2010 Standards for Accessible Design, which differ from the earlier 1991 requirements and in many cases from what looks at first glance like a perfectly accessible parking space or door. In any case the business owner regards him or herself as innocent and while they are usually willing to fix the problem it seems unfair to pay their own lawyer and the lawyer who filed suit thousands of dollars. The pending legislation requiring pre-suit notices speaks to this feeling of unfairness by giving businesses a chance to fix the problem before they get sued.

The position of disability advocates on the other side boils down to two arguments. The first is that ignorance is no excuse with a law that has been in effect for 28 years now. The second is that the current sue first and give notice later is necessary because it more or less insures the lawyer will get paid. If pre-suit notice were required and businesses fixed their problems the lawyer would never get to file suit and would have no leverage to demand payment of fees. This, it is argued, would make attorneys turn to elsewhere to make money, leaving ADA enforcement up to the Department of Justice, which doesn’t have the time or resources to attack individual small businesses. Behind both arguments is often a good deal of anger about the still omnipresent barriers to access faced by those with disabilities.

The problem with the business argument is that it doesn’t address the fundamental problem – a failure of compliance. A few serial filers file frivolous lawsuits, but in the vast majority of cases the ADA violations are real and need to be fixed. In this respect disability advocates have a valid point. Twenty-eight years after the law was passed it should not be possible for me to find three strip shopping centers within a mile of my house that don’t meet ADA parking requirements, including one that redid its parking but did it wrong. The pending house bill, while it contains provisions for educating businesses about the ADA, explicitly refuses to provide new funding for that effort. Since the last 28 years of education have failed it is hard to see how a new educational effort without new money will succeed.

Unfortunately, the exact same problem applies to the arguments of disability advocates in favor of the current serial litigation system of enforcement. We’ve been doing it for 28 years with no sign that it is working. Despite the hoopla, the number of ADA lawsuits is tiny compared to the number of businesses with compliance issues, and most business owners will never be sued.* When it causes headlines serial litigation is educational, but that comes at the cost of creating hostility towards individuals with disabilities and the law itself, neither of which is likely to prompt voluntary changes in compliance. As a means of achieving widespread compliance with Title III, serial litigation has been a failure. The only real beneficiaries have been lawyers.

Why has Title III of the ADA failed, especially with small businesses? The primary reason seems to be ignorance. The ADA was passed 28 years ago, but small businesses come and go with the seasons. Unless a small business is reached when it is formed it may not exist long enough for word about the ADA to sink in, especially in communities that have not yet been hit by a high volume serial filer. Even in those communities the story makes headlines for a while and then disappears so that the next generation of owners will never hear of it. A second equally important reason is confusion. Most local building codes include some accessibility requirements, which can lead businesses to believe that their certificate of occupancy is a certificate of accessibility. Unfortunately local codes are less complete than the ADA in their requirements and in some cases requirements don’t match. For example, cities still using older versions of the International Building Code will impose parking space requirements that don’t meet current ADA standards. A business that has just paid fees for a city inspection is unlikely to understand it must also pay a private ADA expert to examine the property for compliance issues the city missed. A final reason is money. Modifications cost money and the tax credits available for ADA compliance work don’t apply to buildings constructed after 1991 even though many non-compliant buildings have been built since 1991.

Given these problems real ADA reform; that is, reform that seeks to improve ADA compliance and avoid often unfair ADA lawsuits should include these components:

These sensible reforms would undoubtedly face opposition from businesses that don’t want DOJ enforcement, from tax hawks who hate paying for federal mandates and from the well-heeled plaintiffs’ bar that has a vested interest in making sure most businesses remain open targets for litigation. Nonetheless, it is clearly time to fix an ADA enforcement mechanism that has failed to create the kind of accessibility that was the purpose of the ADA while aggravating businesses and making lawyers rich. Twenty-eight years of failure is enough.

* From On the Anniversary of the ADA, Demand That Lawmakers Defend Our Care.

** Website lawsuits may be an exception. They are so easy to file and the numbers are rising so quickly that any businesses with a significant internet presence has a real risk of being sued. 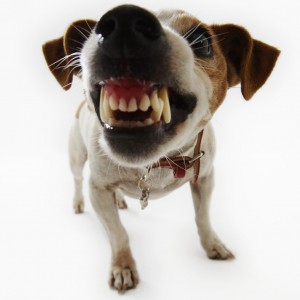 Delta’s recent announcement that it was banning “pit bull type” dogs from its flights* has focused public attention on a long-standing problem in disability law; the inherent conflict between the need for easy to apply policies concerning service and emotional support animals and the prohibition in the law against basing decisions on stereotypes. You can ban any particular pit bull if there is good reason to believe it is dangerous, but you can’t ban all pit bulls just because it is a dangerous breed. END_OF_DOCUMENT_TOKEN_TO_BE_REPLACED 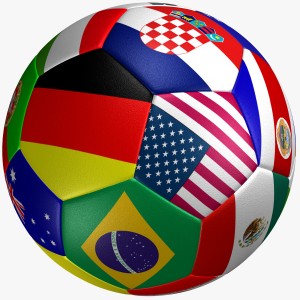 Shaw v. Cherokee Meadows, L.P. 2018 WL 2967708 (N.D.Okla. June 12, 2018) is another in a series of cases concerning indemnity for design/build defects under the FHA that gets it completely wrong and winds up with an absurd result. The decision has little in the way of discussion because it relies on the analysis from an earlier case, Equal Rights Center v. Niles Bolton Associates, 602 F.3d 597 (4th Cir. 2010). We’ve blogged on this issue before* but the arguments are worth repeating. Equal Rights Center based its analysis on earlier cases concerning race and similar kinds of intentional discrimination found that public policy precluded indemnity and contribution for FHA discrimination claims. In cases of intentional discrimination or respondeat superior it makes sense to forbid indemnity because you want to discourage bad intent and encourage proper supervision of employees. It doesn’t make any sense at all in design/build cases under Section 3104(f)(3)(C) because this is a “no fault” provision that can be violated without any intent to discriminate. Moreover, the owner of an apartment complex has no choice but to rely on 3rd party experts – architects and contractors – to properly design and build the apartments. When architects and contractors know that they are immune from liability for their failures they have no incentive to design and build according to FHA standards, and as a practical matter they are always immune because the first target in any lawsuit will be the owner. The Ninth Circuit has rejected Equal Rights Center for good reason, and if Shaw v. Cherokee Meadows is appealed the Tenth Circuit should reject it as well. END_OF_DOCUMENT_TOKEN_TO_BE_REPLACED