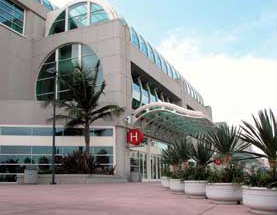 You don’t have to own or lease a facility in order to have possible ADA liability when you are using it.  The Supreme Court’s decision in PGA Tour v. Martin got quite a bit of attention because it seemed to pit the ADA against the rules of the PGA for golf tournaments. The case also created a much broader and more important rule. An event, even one that lasts only a few hours or days, can be a public accommodation whose organizers become responsible for ADA violations in facilities they only rent on a short term basis. In my last blog I described the possibility that the owner of a residential facility might become temporarily subject to more stringent ADA requirements. This is the inverse: the user of a facility who becomes responsible for ADA compliance when using a building whose owner may be subject to different standards.

The problem can easily come up when a private entity plans a public event at a government owned facility, which may include sports arenas, museums, public golf courses and the like. Publicly owned facilities are governed by the less stringent requirements of Title II of the ADA, and so may fail to satisfy Title III requirements that apply to private event organizers.

There are limits, of course. Unlike a long term tenant who has more or less complete control over the leased facilities a short term event contract probably will not authorize the user or licensee to make changes in the structure. The event organizer’s Title III liability extends only to those things it can control. There is also the very practical question of whether anyone really cares. Because only injunctive relief is available under the ADA after a one time event is over the ADA violations during the event become moot.

Despite these limits, the problem can be real. Short term events that are repeated annually in the same venue would be obvious ABA litigation targets, especially if the event was large and profitable. For the public owner who is not legally obligated to achieve Title III compliance the failure to do so may make the facility less attractive to potential users. Many public facilities are designed specifically to be leased to third parties, and so Title III compliance may be a business necessity.

The lesson for businesses that organize events but don’t own or lease facilities is clear. The ADA reaches beyond owners and tenants to anyone who can be called an “operator” of a public event. Compliance with Title III requirements should not be assumed, and responsibility for compliance cannot be avoided where the organizer insists on control of the facility.

One final note: the photo above is of the San Diego Convention Center, whose operators specifically remind those who use the facility that the user, not the convention center, will be responsible for some aspects of ADA compliance.

« Not as private as you think. » Frame v City of Arlington, what’s wrong with this picture?