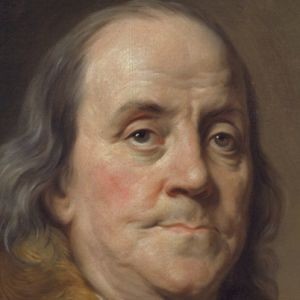 In Lozano v. C.A. Martinez Family Ltd. P’ship, 2015 WL 5227869, at *4 (S.D. Cal. Sept. 8, 2015), the complaint concerned nothing more complicated than striping accessible parking. The paint had faded and on repeated occasions over months the access aisles were blocked. As soon as the lawsuit was filed the owner repainted, but that was too late for the Court, which found that a policy of re-striping that apparently had not been followed would not let the owner escape an injunction and, of course, paying fees to the plaintiff’s attorney.

Faded striping is not the only parking maintenance problem. Access aisle markings can be obscured by dirt and grime, and accessible parking signs are often defaced by vandals. Purely temporary problems are usually not an ADA violation, but purely temporary problems can trigger a lawsuit, and the cost of winning that suit may be considerable.

Another common ADA maintenance problem arises out of changes to accessible routes. Sidewalks, marked aisles on parking lots, doorways and the like can fall into non-compliance as soil shifts, creating bumps or cracks. Sloppy repair work on a ramp or doorway can cause it to fall outside the requirements of the ADA. Pipes under a sink that are required to be covered may be uncovered as a result of repairs or vandalism.  And last but not least, there is the recurring problem in retail and restaurant spaces of accessible routes being slowing eroded as more merchandise or tables are added in order to increase capacity or display space.

Like the property owner in Lozano many businesses have two problems. In Lozano it appears that until the lawsuit was filed ADA compliance had simply been neglected, or treated as a one-time expense. If there was a policy (as the owner claimed), then it had been ignored. Deferring maintenance is always a temptation, especially when cash flow is tight, but in the case of ADA maintenance the cost of deferring maintenance can be very high, because it includes not only the repairs, but also attorneys fees for the lawyers who file suit. Every business needs to have a policy for ongoing maintenance of those features that must comply with the ADA, and needs to make sure that policy is followed. An ounce of prevention is worth a pound of cure, and in the ADA litigation world the pound of cure may feel more like a pound of flesh by the time a Court awards thousands of dollars to a plaintiffs’ attorney because a few hundred dollars worth of paint were not applied when it was needed.

« Allergies and the ADA: Restaurants do not have to be gluten-free » ADA serial litigation problems? – don’t get mad, get even.