New or newish? Just what is “first occupancy” under the FHA? 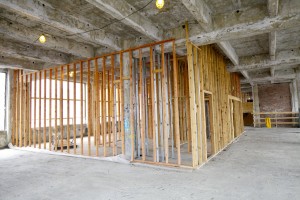 Guidance from HUD and DOJ is nice to have, but ultimately the courts are responsible for deciding what the Fair Housing Act means. In Fair Hous. Rights Ctr. in Se. Pennsylvania v. Post Goldtex GP, LLC, 2016 WL 2865733  (3d Cir. May 17, 2016) the Third Circuit confirmed HUD and DOJ’s position that FHA accessibility standards do not apply to pre-1991 buildings, even if they have been for the first time converted to residential use. This will help urban project developers who want to preserve historic structures but find it impossible to make new residences meet all of the FHA accessibility guidelines.

Post Goldtex concerns a 1912 factory building that was converted to a typical mixed use facility with apartments and retail. The newly constructed apartments did not meet the accessibility standards for new construction under the Fair Housing Act and so the Fair Housing Rights Center sued. The claim was straightforward. The apartments were “covered multi-family dwellings.” The individual units were constructed for first occupancy after the FHA trigger date because there had been no residences in the building earlier. Since the apartments were constructed for first occupancy after the FHA went into effect they had to comply with the design standards.

The Court of Appeals rejected this argument. It agreed that the phrase “first occupancy” statutory language was ambiguous.

As it turns out, HUD and DOJ have dealt specifically with this ambiguity. The relevant HUD regulation, 24 CFR 100.201, says that “first occupancy” refers to a building that has never been used for any purpose as opposed to a building that has never been used as a residential facility. Later HUD and DOJ interpretations of the regulations confirm that newly renovated buildings are not subject to the FHA accessibility requirements. Applying the deference to regulatory determinations required by Chevron, USA v. Natural Res. Def. Council, Inc., 104 S.Ct. 2778 (1984) the Third Circuit concluded that “first occupancy” meant just what HUD said; that is, the first use for any purpose, not the first use as a dwelling.

This has not been a hotly litigated issue because, as the Court observed, the HUD regulations are so clear. Nonetheless this case is an important victory for developers of urban mixed use and similar projects. Re-purposing a pre-1991 building will not trigger an obligation to meet the FHA building standards. At the same time, developers must be aware that because the focus is on the date the building was originally constructed apartments created by converting a post-1991 building will have to comply with the FHA. In addition, of course, new retail space and any leasing office will be subject to the ADA’s barrier removal requirements, which generally require meeting the Standards for Accessible Design. There is no complete escape from accessibility requirements, even in urban re-development.

« Does the ADA require a compliance policy? Maybe not, but it’s a good idea. » The Economist covers serial ADA litigation – Hunt quoted.