When does a mental impairment become a disability? Let the jury decide 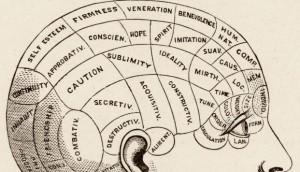 When used in the context of a claim under the Fair Housing Act or Americans with Disabilities Act the words “disability” and “handicap” have specific legal meanings. Our last blog looked at a case, Houston v. DTN Operating,* discussing what a plaintiff must plead concerning her disability in a reasonable accommodation case. Today we’re looking another recent case, Haws v. Norman, 2017 WL 4221064 (D. Utah Sept. 20, 2017) that considers the next step – a motion for summary judgment by the plaintiff. There is plenty of interest in the opinion on related subjects**, but the Court’s ruling on proof of disability and necessity of accommodation is especially important to landlords who suspect a disability claim is not justified.

The Court began with a three-pronged test for determining whether the plaintiff was disabled, requiring that she prove:

The plaintiff presented evidence that she had been diagnosed with depression, anxiety and post-traumatic stress disorder and received prescriptions for those conditions. She also presented evidence that these mental impairments interfered with major life activities including sleeping, eating, studying (she was a college student) and developing interpersonal relationships. Based on her evidence the Court had no difficulty concluding she had satisfied the first two prongs of the three part test as a matter of law.

The third part, however, was not resolved. The landlord had evidence from the plaintiff’s roommates that her conditions did not affect her daily functioning and that they were not even aware she was disabled. There was also evidence the effects of her mental impairment were intermittent. Based on this the Court found there was a material issue of fact; that is, a jury might conclude if it heard all the evidence that there was not any substantial limitation in the various major life activities. It did this based on a well established line of cases holding that whether a major life activity is “substantially limited” is fact intensive and must be made on a case by case basis. This is because whether a the limitation is “substantial” depends on a comparison to the “average person in the general population.”

This ruling suggests that when push comes to shove a lot of disability claims based on mental impairments will end up going to trial. After all, the point of anti-anxiety medications and anti-depressants is to allow those who take them to live normal lives. If all goes well the disability is invisible. There is an open question as to whether a “handicap” under the FHA is determined without regard to medications that reduce its effects,*** which might allow a tenant to argue that their “normal” behavior around others is irrelevant. Regardless, it appears that in many cases a tenant suffering from a mental impairment well controlled by medication will have to persuade a jury that he or she is really disabled.

The relationship between “normal” behavior and the reasonableness of the requested accommodation is equally important. If the tenant’s depression, anxiety or PTSD is so well controlled by medication that her behavior appears completely normal then adding an emotional support animal may well be superfluous. The Court in this case rejected a standard for “necessary” based purely on whether the animal ameliorated some of the effects of the disability. It applied instead the test that without the accommodation the tenant could not use and enjoy the premises. This test generally requires that the tenant be unable to function normally without the animal. If the tenant’s mental impairment is so controlled by medication that she or he can get through life without the animal then its benefits are irrelevant – it is not a necessity.

A recent article in Forbes called the ADA a “feel good” law that imposed absurd burdens on public accommodations.**** In many cases involving emotional support animals the FHA looks like the same thing; a laws that promises everybody a cute puppy or a sweet kitten to make life a little better. Haws v. Norman and similar cases can be seen as the Courts pushing back against this tendency and insisting that these are important laws intended to deal with important problems. That’s good news for both business and the disabled.

** The Court discusses the application of the FHA to “shared living arrangements;” that is multiple unrelated individuals living in a single house as well the elements of retaliation claims under the FHA.

*** See our earlier blog “Disability” and “Handicap” are not the same, and it matters