Effective defense of ADA website lawsuits – is there such a thing? 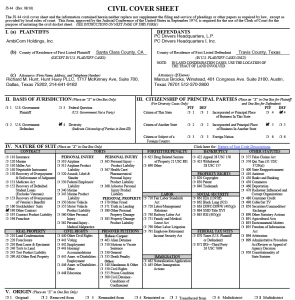 A client of mine recently got a long letter from a defense firm informing it that it had been sued under the ADA and extolling its own expertise in defending website accessibility lawsuits. The letter laid out in some detail the defenses they were prepared to assert in a motion to dismiss, with a description of a possible standing argument, an the assertion that the ADA did not cover websites, and a due process claim based on the lack of regulations.

Readers of this blog already know that these are three losers in almost every court. Depending on the circuit federal courts hold either that the ADA covers all websites or that it covers all websites with some connection to a physical business. The argument that the ADA doesn’t cover the internet at all has persuaded only one district court out of dozens that have considered the issue, and the opinion in that case was not a model of persuasive reasoning.* Standing arguments have gained some traction because of victories by member only credit unions,** but with the exception of such member only organizations standing arguments almost never prevail until late in the case after tens or hundreds of thousands of dollars have been spent.† As for a lack of due process because of a lack of regulations, there seems to be only one decision, Robles v. Dominos Pizza LLC, Case No. 2:16-cv-06599, (C.D. Cal.), adopting this argument. Robles was decided before DOJ abandoned its pending website regulations, undermining the argument on which this decision is based. Unless the defendant is a members only credit union the almost certain outcome of a Motion to Dismiss under Rule 12 is a denial. Spending money on such motions is a bad bet.

This isn’t to say these are bad legal arguments. I think some of them may prevail if they are made in the Supreme Court, and just this week a group of 100 members of the House of Representatives has asked the Attorney General to declare that current website accessibility litigation violates due process based on the arguments in Dominos Pizza. Unfortunately the Attorney General doesn’t have the power to decide what does and does not constitute due process, and a trip to the Supreme Court is long and expensive; far more expensive than updating a website to meet the current de facto accessibility guidelines found in WCAG 2.0. I’d love to have a client with the wealth and stamina for the trip, but I can’t recommend it as a practical response to a website accessibility lawsuit.

Is there any way to defend a website accessibility lawsuit in a way that makes economic sense? If you are before one of the very few district courts that have ruled favorably on an early motion to dismiss  filing one makes sense; however, even winning in one of these courts won’t protect the defendant from a new lawsuit in another court. Most businesses with an internet presence are subject to being sued in many places, so counting on never getting sued again isn’t a good idea. Instead of making legal arguments that are likely to fail a defendant should maximize money spent on accessibility in order to have the strongest negotiating position against a plaintiff who really only filed the suit in hopes of a quick settlement. Accessibility is the best defense to any lawsuit, and the name of the game in ADA website lawsuits is making the best possible deal so that money goes to accessibility instead of legal fees. There are important subtleties in this strategy because settlement is no guarantee of safety in the future, as illustrated by this week’s Eleventh Circuit decision in Haynes v. Hooters of Am., LLC, 17-13170, 2018 WL 3030840, at *2 (11th Cir. June 19, 2018). Our next blog will discuss this decision in detail, but it is part of the perilous settlement problem for ADA cases we identified five years ago.‡ The difference is that in ADA website cases the perils are greater and required protections more difficult to implement.

There is a positive lesson to be taken from the many negative decisions in website lawsuits. As in so many other situations involving serial ADA plaintiffs†† the best approach to litigation is “First Fix, Then Fight.” Creating a website that meets WCAG 2.0 standards is not a guarantee you won’t be sued, but it is the best first step in avoiding litigation.‡‡

* See our blog “Websites, the ADA and standing – yes, it matters” for a discussion of the decision.

** See our blog “Credit Union victories in ADA website litigation: an opportunity for all defendants” and others reporting on credit union victories.

†  The decision in Gomez v. Bang & Olufsen America, Inc., Case No. 1:16-cv-23801 (S.D. Fla) is one of very few outside the credit union context in which lack of standing lead to an early dismissal. The pleading error that lead to the decision is one that later plaintiffs have learned not to make.

‡ See our blogs “The yin and yang of ADA defense. Perilous settlements and temporary victories” and “Beware the ADA settlement that buys a big bag of nothing” among others.

†† Because ADA website plaintiffs operate from the comfort of their home they cannot properly be called “drive-by” plaintiffs, but the principle is the same.

‡‡ See our blog, “ADA and the Internet – you need a nerd, not a lawyer.” If you’ve been sued, you need a lawyer too.