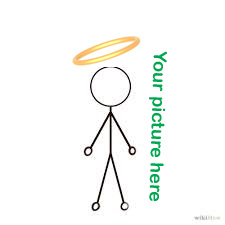 In the first case,  Sawczyn v. BMO Harris Bank Nat. Ass’n, 2014 WL 1089790 (D. Minn. 2014), the defendant argued that the case was moot because non-functioning audio jacks in two ATMs had been replaced. The defendant did not address other alleged failures to comply with the ADA requirements for ATMs, and could only state with respect to its overall compliance that it was “unaware” of any other problems.  There was no evidence that all the ATMs were compliant before the lawsuit was filed, and no evidence of a comprehensive policy for testing to make sure the ATMs remained compliant. The court was not impressed, and denied the defendant’s Motion to Dismiss.

In Gomez v. Dade Cnty. Fed. Credit Union,  2014 WL 1217965 (S.D. Fla. 2014), on the other hand, the defense addressed every possible plaintiff argument. Affidavits from several employees established that the ATM visited by the plaintiff and and all its other ATMs were in compliance both before and after the plaintiff’s visit. While this could not exclude the possibility that the ATM was in fact broken when the plaintiff visited, it was sufficient to establish that there was no likelihood of future non-compliance, or any need for an injunction to compel compliance with the ADA. The court addressed the decision in Sawczyn, which was decided six days earlier, but found it was distinguishable based in part on the plaintiff’s allegations, but also on the fact that the ATMs visited by the plaintiff remained non-compliant, or at least the allegations of non-compliance had not been conclusively negated.

The message for banks and other defendants is clear. First, comply with the ADA. If and when a suit is filed there is nothing more valuable than an affidavit stating that before the plaintiff’s visit the facility was in compliance.  The court cannot decide if the plaintiff’s claim of noncompliance is credible at the Rule 12(b) stage, but it can decide whether there is a sufficient allegation of likely future harm. If the facility was in compliance before the plaintiff’s visit the court will find it easy to decide that allegations of future harm are insufficient.

Second, don’t count on apparent defects or weaknesses in the plaintiff’s pleadings. While both courts carefully addressed the standing issue, a fair reading of the opinions is that the first concern of both courts was whether the defendant was in fact complying with the law. In Gomez the defendant showed compliance both before and after the plaintiff’s visit, making it easy for the court to decide that standing allegations were inadequate since the matter of substantive importance — ADA compliance — was really not at issue. Plaintiffs know how to plead standing, and if the court believes there are genuine unresolved ADA violations it will find it hard to dismiss on standing grounds even if the pleading is marginally inadequate.

Finally, of course, to persuade a court that an ADA case is genuinely moot requires proving the goodness of the defendant, not the badness of the plaintiff. I don’t know anything about the attitudes of the defendants in these particular cases, but as I read the decisions on motions to dismiss in ADA cases I remain convinced that many defendants still think that serial plaintiffs are bad people and that this badness will somehow carry the defense past weaknesses in its own case. Nothing in the ADA requires that disabled plaintiffs be nice, or that they file suit only out of noble motives.  A winning defense focuses on the defendant. Instead of arguing about the badness of the plaintiff, a winning defendant will work to persuade the court that the even if the defendant has failed to comply with the ADA in the past it was working hard to comply before the suit was filed and will continue to do so after the suit is dismissed. If there is real ADA non-compliance then accusations directed at the plaintiff amount to nothing but the pot calling the kettle black, which is not a winning defense in any lawsuit.