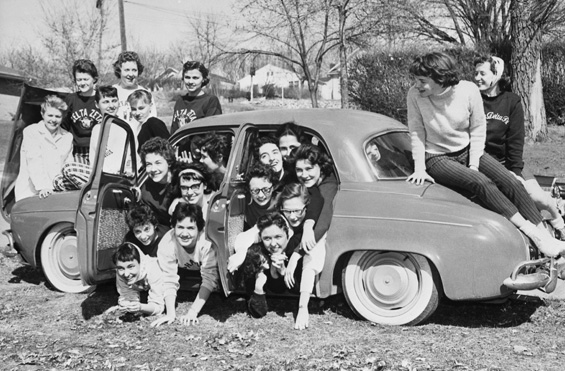 42 U.S.C. 12184 prohibits discrimination by private providers of public transportation, which includes taxis, limo services and shuttle services.  It doesn’t appear that individual drivers would ordinarily be required to provide accessible vehicles (this is required for “vans” if purchased new, so a car or small SUV would seem to be excluded), but no provider of public transportation can avoid the obligation to provide auxiliary aids and services and make reasonable accommodations. In addition, a provider of public transportation has obligations to make its system accessible; in particular, those with vision disabilities must be able to access the system and it cannot refuse service to disabled individuals who require a service dog. The lawsuits allege that Uber drivers refused to accommodate the needs of disabled passengers, and that Uber itself has no program for providing accessible transportation in its system.

Uber has consistently taken the position that isn’t a transportation provider — it is merely the provider of an smartphone app and service that connects buyers and sellers of transportation services. It also disclaims any control over or liability for the conduct of its drivers. It appears that Uber denies any ADA obligations at all, for it seems to assert it is neither a “public accommodation” nor the operator of a “demand response system.”

It is too early to know how these cases will turn out. The California case was only filed in September, and the Texas case was just remanded from federal court to state court without consideration of its merits.  However, any business that provides services related to ride sharing should be carefully watching these cases and considering how the ADA might affect its operations. Most Uber litigation concerns local regulation of taxis or state law claims of fraud based on Uber’s pricing system. Cases brought under the ADA, on the other hand, have a national reach because the law applies everywhere in the United States. In addition, these lawsuit not only attack Uber’s claim to that it has no responsibility for its drivers’ conduct; they also attack Uber’s operations at a level where control over drivers doesn’t matter. Uber could be held to operate a demand responsive system even if it has no control at all over its drivers or their conduct. As such an operator Uber would have ADA obligations that could require changes in its app and its business systems.

These cases are also worth watching because Uber and ride-sharing services are not the only businesses that may be affected. The notion of using the internet or smartphone apps to put together buyers and sellers of services has caught the imagination of the business community, and the Uber business model has and will attract imitators in other areas. Businesses who follow this new model may be surprised to learn that they have obligations under the ADA.

« Fido Frenzy Revisited – reasonableness is the key. » ADA and the Internet – you need a nerd, not a lawyer.