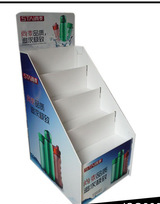 I’ve written twice recently about temporary barriers to access (“You’ve got to walk the walk” and “You’ve got to walk the walk part II). It is an issue that will probably never go away because standard point of sale marketing techniques are very likely to conflict with the ADA. The latest decision is one in the apparently endless of series of battles between Starbucks and Robert Kalani. Kalani v. Starbucks Corp.,  2015 WL 846651, at *4 (N.D. Cal. Feb. 25, 2015).

The Kalani v. Starbucks opinion covers a lot of ground, but the point of particular interest to retailers concerns “temporary” merchandise displays placed near the cash registers. According to the plaintiff’s expert the displays at Starbucks limited the available counter space so that the counters no longer met the minimum 36 inch requirement in the 2010 Standards Starbucks argued that the displays were temporary and therefore permitted under regulations allowing temporary obstructions. The District Court disagreed. It found:

in order for a “temporary” obstruction to fall under the § 36.211(b) exception [to the general requirement of access], the obstruction or interruption in service or access must be “due to maintenance or repairs,” and requires more than a mere showing that the obstruction or barrier is movable.

2015 WL 846651, at *6. While the baskets of bananas, cookies and chewing gum placed next to the cash registers might be movable, they were not “temporary” because there was no intention to move them “as soon as possible.”
Kalani v. Starbucks represents a step down in size for temporary obstructions. The displays discussed in my earlier blog about Home Depot were large pallets movable only with a fork lift. The displays at issue in Pier 1 Imports were merchandise displays sitting on the floor that could be moved by an individual with some effort. In Kalani v. Starbucks we are down to small baskets that can be picked up and moved with no difficulty at all. Despite the size and ease of movement, the district court found that the displays were not “temporary” in the sense required by the ADA regulations.
You only have to google “point of sale displays” to see that placing displays near cash registers is an important sales technique for retail businesses and the making of such displays is itself big business. (And check out the many very clever POS displays and checkout counters on Pinterest that violate the ADA in as many ways as you can imagine). At the same time, many retailers have their checkout areas built to satisfy the minimum requirements of the ADA, which is a 36 inch width. Minimum width plus a POS display means, almost inevitably, a violation of the ADA, at least according to the rationale in this Kalani v. Starbucks decision.
Architects and designers now have 25 years of experience with the accessibility requirements of the ADA, and poor design for a checkout counter should be less of a concern than it was in the past.  However, a post-construction ADA survey does not guarantee ADA compliance because a store management and marketing team knows about POS merchandising is likely to lead to displays that violate the ADA. ADA compliance is a management, as well as a construction issue, and marketing instinct is likely to run afoul of accessibility requirements.

« Condominium and Homeowners Associations beware: the FHA can apply after a sale. » Trash talk – ADA problems in the restroom.