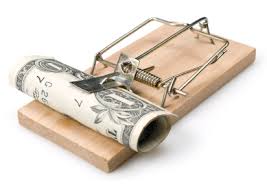 My clients often ask about whether doing a survey to determine ADA or FHA compliance will simply set them up for damages based on a “knowing” violation of the disabilties laws. My advice is almost always no, because the ADA and FHA are no-fault statutes when it comes to physical accessibility. Ignorance is no defense. A recent case from a district court in Pennsylvania looks at the same problem in a different way: Can ADA or FHA surveys be protected from disclosure as attorney work product or even privileged documents. Heinzl v. Cracker Barrel Old Country Store, Inc., 2015 WL 6604015, at *1 (W.D. Pa. Oct. 29, 2015). I think it is worth asking another question — do you want these documents to be privileged?

In Heinzl the defendant had routinely done ADA surveys and analysis of its stores to make sure they were ADA compliant. It has to be assumed that in many cases the surveys turned up problems. If not the defendant would not have fought so hard to make sure the surveys were never produced.  This is not surprising. Achieving the degree of perfection required by the ADA and FHA is almost impossible, particularly when exterior facilities like parking and sidewalks may fall out of compliance because of weather or shifting soils. The harder a business tries to be compliant with the ADA the more likely it is to leave a paper trial of at least temporary non-compliance.

The defendant in Heinzl, apparently believing that to reveal the extent of non-complaince was bound to hurt, tried to protect all of its ADA surveys as attorney-client communications or attorney work product*. It didn’t work. The district court found that most of the reports were not prepared for attorneys and were not prepared in anticipation of litigation, a finding that seems to be consistent with the facts. After all, what business wants to pay its lawyers to review consultant reports that are really prepared for use by its contractors and operations personnel?

So what should a business with many locations and constant construction do? One solution is to make sure every survey is done for a lawyer and sent to a lawyer in the hope that it will therefore be protected by the privilege or as work product. Such a procedure is a little bit appealing if you don’t consider the expense or the fact that courts tend to look at the reality of how papers are used when evaluating privilege. If the lawyer is just a waypoint between the consultant and the contractor the claim of privilege may not work at all.

In my view trying to conceal the fact that a business is trying to comply with the ADA and FHA does exactly the wrong thing. What a business needs is not a program to remain ignorant of or conceal its knowledge of accessibility issues, but instead a program to make sure its knowledge is acted on in a responsible way. In the vast majority of cases there is no punishment for knowing about a problem and trying to fix it; in fact, it enhances the argument that a plaintiff’s claim is moot because no injunction is required to make sure problems are identified and fixed.

The instinct to conceal knowledge comes out of traditional personal injury and negligence law, where knowledge of a dangerous condition can lead to punitive damages. It doesn’t really have a place in ADA and FHA litigation, where knowledge is good as long as it is being acted on. The only downside of knowing about problems comes from providing evidence that might support a claim that the business went beyond discrimination in accessibility and had a policy of discrimination; however, a business that doesn’t survey for ADA and FHA violations is even more open to such a claim.

Businesses with reason to be concerned about ADA and FHA compliance — that is, every single business that exists — should take the high road of trying to find problems and fix them, even though there may be a lawsuit between the find and the fix. ADA and FHA surveys are not a trap, but an opportunity to get it right and avoid a lawsuit, and businesses should be perfectly willing to show that they are trying, even if imperfectly, to follow the law.

« ADA and the web – they just don’t get it. » The ADA and safety – beyond accessibililty to damages.