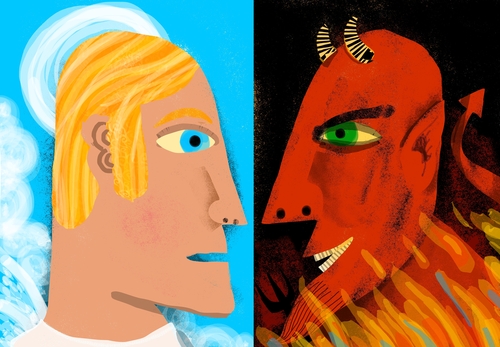 Accessibility litigation under the ADA and FHA always seems to have a moral component. This is partly because plaintiffs almost always preface their complaints with a lengthy and unnecessary recitation of Congressional intent about the ADA and FHA, frequently accompanied by statistics about the number of disabled Americans and the discrimination they suffer. Defendants for their part are almost always outraged at being sued without notice over what they regard as purely technical violations that have often been present for decades without complaint.

How these opposing positions play out in court often depends on the individual judge, but a recent decision from the Northern District of Texas provides a good example of an appropriate dispassionate look at a serial litigant, and what that should mean for standing. In Hunter v. Branch Banking & Trust Co., 2013 WL 607151 (N.D. Tex. 2013) the Court considered the standing of a plaintiff who had filed numerous lawsuits over a span of months alleging that various ATMs were not accessible for those with vision impairments. The defendant’s attack on standing was simple: The fact that the plaintiff filed so many suits cast doubt on her intent to return to any one of the ATMs she visited.

This is a fairly common defense argument that has gotten mixed responses. In Hoewischer v. Cedar Bend Club, 877 F.Supp.2d 1212, (M.D. Fla. 2012) for example, the District Court refused to take judicial notice of the plaintiff’s other lawsuits on the ground that it would not consider facts outside the pleadings when ruling on a motion to dismiss. In National Alliance for Accessibility v. Rite Aid, 2011 WL 4499294 (M.D. NC 2011) the court considered the plaintiff’s litigation history but ultimately found it was not relevant. This kind of technical response to serial litigation simply dismisses what seems to defendants to be the most relevant evidence of a lack of intent to return.

Unlike these more technical decisions, the District Court adopted a more moral tone in Segal v. Rickey’s Restaurant and Lounge, Inc., 2012 WL 2393769 (S.D. Fla. 2012). It agreed with an earlier decision holding that “it may indeed be necessary and desirable for committed individuals to bring serial litigation advancing the time when public accommodations will be compliant with the ADA.” This observation preceded a denial of the defense motion for summary judgment. While the district court certainly got the public policy right, it overlooked the fundamental constitutional limit on the power of the federal courts. Regardless of the importance of a public policy, federal courts only have the jurisdiction conferred on them by Article III, so standing issues cannot be subordinate to public policy.

Against these approaches the opinion in Hunter appears appropriately measured. The District Court acknowledges that serial litigation does make claims of intent to return less plausible, but does so without any hint of moral condemnation. The Court also appropriately recognizes that having considered facts outside the Complaint it must give the plaintiff an opportunity to provide additional factual support for a claim of intent to return. Only in the absence of that additional factual support did the Court finally grant the motion to dismiss. Even then it dismissed with leave to amend, although only on narrower grounds than the original complaint.

The Hunter decision provides a good template both for a standing motion in the case of a serial litigant and for a decision in such a case. As I have observed before, attacking the character of a plaintiff who is genuinely disabled in a lawsuit over a real barrier to access is hardly attractive. In those cases where the circumstances justify an attack on standing, the issue should not be morality, but application of the appropriate standards to the particular case. This won’t satisfy the urge to lash out, but may lead to a good result for the defendant.

« Booths, tables and discrimination beyond the ADA Standards. » The yin and yang of ADA defense. Perilous settlements and temporary victories