Getting real – a step in the right direction for ADA claims 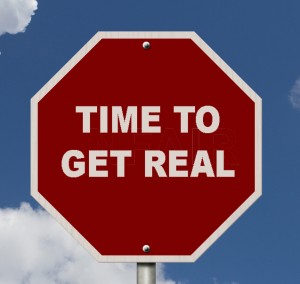 The usual elements of a complaint filed under the FHA and ADA are:

The reason for this structure is clear. Most serial plaintiffs visit a business just long enough to see a handful of accessibility violations, and the last thing they want is for their case to be mooted by those items being fixed. Their goal is to get their expert to conduct a full scale survey, after which they will have created a lawsuit expensive enough to require the defendant to settle. In short, their goal is not to remedy the harm they might have suffered, but to find violations that increase their settlement leverage.

Two recent cases explain why this approach, however attractive it might be to so called testers, does not meet the basic requirements of fairness found in the Federal Rules of Civil Procedure. The longer discussion is found in Creel v. Rowan University, 2017 WL 2734709 (D.N.J. June 23, 2017). The allegations in Creel were typical of this kind of case. Parking was not located “on the safest most direct route,” slopes were “dangerous and difficult to overcome,” there were not proper accessible parking and bathrooms, and that the defendant put one of the plaintiffs in “inaccessible classrooms.” The Court, examining whether these allegations were sufficient to meet the requirements fair notice under Rule 8 of the Federal Rules of Civil Procedure, asked a few pertinent questions:

The Complaint did not answer these questions, leading it to conclude the plaintiffs: “fail to make allegations with adequate specificity to place Defendants on notice of what they are accused of and what alleged violations this lawsuit will be about.”

The Court also rejected the notion that the plaintiffs had standing to sue for whatever violations their experts might turn up during discovery. The notion of broad standing based on a single violation comes from the Ninth Circuit**, but this Court sensibly required that a plaintiff have suffered a real injury before having standing to sue: “Plaintiffs cannot sustain a claim for barriers of which they have no knowledge and only seek to discover during the discovery process.”

The Court did give the plaintiffs leave to amend, but consider what the lawsuit will look like if they do go back and truthfully plead the barriers to access they in fact encountered. All that will be left are few parking spaces to re-stripe, some sidewalks to re-pave, and perhaps a bathroom or two to remodel. What they wanted, of course, was the coercive power that would come from the threat of finding every single ADA violation on an entire university campus. It is a defense victory.

Kennedy v. Puleio Enterprises, LLC et al.,  2017 WL 2600789 (M.D. Fla. June 15, 2017) takes a simpler view of the matter. Relying on earlier cases from the 11th Circuit the Court holds that a plaintiff’s standing is measured at the time the lawsuit is filed, and therefore cannot include barriers to access that are not discovered until later.

Professional plaintiffs and their lawyers will decry this as a roadblock to enforcement of disability rights, but what it does is place the burden of enforcing the law where it belongs, on the Department of Justice. For defendants it is a welcome decision that points to ways in which a defendant can force the plaintiff to get real, knowing that reality is never the plaintiff’s friend in serial litigation.

« Hello Amazon, and welcome to the world of ADA litigation. » Science v. HUD – science and business are the losers.