ADA and the internet – you can be tagged for what your vendors do wrong. 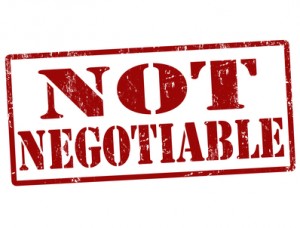 Near the end of the decision in Gil v. Winn-Dixie Stores, Inc., 2017 WL 2547242, at *3 (S.D. Fla. June 12, 2017) the trial court includes in its injunctive relief a requirement that  Winn-Dixie “require any third party vendors who participate on its website to be fully accessible to the disabled by conforming with WCAG 2.0 criteria.” This ruling rests on the ADA’s prohibition of discrimination “through contractual, licensing, or other arrangements.” [See, 42 U.S.C. §12182(b)(1)(A).] Winn-Dixie is a good reminder that becoming WCAG 2.0 compliant means focusing not just on your own website, but also on all the websites or web services to which you link. That can be a problem for businesses without much economic power.

Winn-Dixie is not a small business, but the web service providers mentioned in the Winn-Dixie decision, American Express and Google, are much bigger. Most businesses need third party vendors more than those vendors need them, so they aren’t likely to be able to force a change or do without the service provided them. This is an especially serious problem when the third party service is a pure internet business with a strong legal arguments against any ADA accessibility obligation. You might ask a vendor like Paypal or Google to guarantee accessibility for your customers, but you aren’t likely to succeed.

This disparity in bargaining power may be an excuse for partial non-compliance. In Natl. Assn. of the Deaf v. Harvard U.,  2016 WL 3561622, at *16 (D. Mass. Feb. 9, 2016), report and recommendation adopted, 2016 WL 6540446 (D. Mass. Nov. 3, 2016) the court recognized that the ability to control third parties might play into the question of whether providing access presented an undue burden. As is so often the case in ADA litigation, once you reach the complexities of economic bargaining power and the advantages of similar but not identical third-party services the battle becomes so expensive that few businesses can afford to put up a fight.

Whether or not a business thinks it can negotiate with a big third-party vendor, it should at least consider the accessibility of third party websites and web services when deciding who to do business with, and it should document some effort to find accessible third-party vendors. Otherwise it may find that its own efforts to be accessible will not protect it from ADA liability while the courts slowly – very slowly – work toward resolving the nature of ADA obligations for websites.