Kiosks, Coca Cola and the ADA – What is a public accommodation anyway? 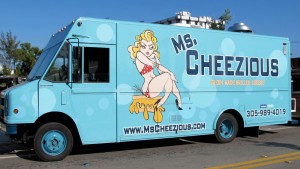 On October 2, 2017 the Supreme Court denied the plaintiff’s petition for certiorari in McGee v. Coca Cola Refreshments U.S.A., Inc., letting stand the decision by the 5th Circuit holding that Coca Cola vending machine was not a “place of public accommodation” covered by Title III of the ADA.* Last month a District Court in the Eastern District of Pennsylvania applied the same reasoning to a DVD rental kiosk. Nguyen v. New Release DVD, LLC, CV 16-6296, 2017 WL 4864995 (E.D. Pa. Oct. 27, 2017). Neither McGee nor Nguyen mention an earlier case, Jancik v. Redbox Automated Retail, LLC, 2014 WL 1920751 (C.D. Cal. May 14, 2014) that also attacked automated machines allowing DVD rentals. Interestingly enough, in Jancik v Redbox the defendants conceded that their DVD rental kiosks were places of public accommodation subject to Title III of the ADA. It apparently never occurred to them that the difference between a public accommodation and a mere “service” was whether the goods were delivered by a machine instead of a human. Were they wrong? These cases illustrate a real problem with the way “public accommodation” is defined in  Title III.

A “public accommodation” under Title III is a “private entity” that fits one of 12 broad categories of businesses, all of which, courts generally agree, are usually physical places. DOJ regulations seem to nail this down by referring to these places as “facilities.” The word “entity” suggests more than a mere place, but when it comes to describing the discrimination forbidden by Title III the statute loops back to the idea of a place rather than a business entity. Rather than simply saying that a “public accommodation” cannot discriminate the statute provides that no one should be denied the goods and services of a “place of public accommodation” by the owner or operator. The guilty party, or at least the party to sue, is the owner or operator of a place. This insistence on “place”  is what ultimately justifies decisions like McGee, as well as those decisions applying the ADA to the web only when the website is associated with a physical place.

But what is a “place?” A vending machine doesn’t immediately seem like a “place.” A DVD rental kiosk, which is both larger and more complex seems a little more place like even though it may be fully automated. What about a photo booth like those found at a carnival or amusement park? It is still a machine, but it is a machine you can enter and in which you can sit down. Or, on the other side, what about a drive-up coffee kiosk where a real person serves coffee but which you cannot enter. It certainly looks a lot like an establishment serving food and drink. What about an old-fashioned pushcart, or a modern food truck? A truck doesn’t seem any more like a place than a DVD rental kiosk, but does that mean the owner hang up a sign that says “We don’t serve the disabled” and get away with it because the business is not a “place?”

It is puzzles like these that have led some courts to reject the notion that the ADA applies only to  physical places and focus instead on the activity of offering goods and services. If the focus is the activity instead of the location in which the offering occurs it becomes easy to say every website is covered by Title III, and equally easy to say every vending machine is covered. On the other hand, Congress must have meant something when it listed all those physical places; otherwise it could have simply forbidden discrimination in the offering of goods and services by anyone through any channel.

Without picking too much on Congress, it seems likely the problem arose from the ADA’s focus on physical accessibility.  The principal concern of the drafters of Title III was guaranteeing physical access to physical places. While Congress wrote into the statute a long list of other kinds of discrimination I suspect there was an assumption that for Title III discrimination would almost exclusively be the kind of thoughtless exclusion that comes from poor construction or the unintended consequences of policies that don’t look discriminatory. After all, why would a rational business person deliberately refuse to sell to someone just because of a disability?

What Congress did not anticipate is changes in how goods and services are delivered would dislodge the physical store from its place as the almost exclusive location at which goods and services were offered, and that a relatively new technology – the internet – would replace the telephone** as the primary means of buying goods outside of a physical store. Only Congress can fix this problem because the statute, as written, doesn’t seem to cover either vending machines or pure internet businesses.

That doesn’t mean, however, that businesses don’t need to be concerned about new technologies. There seems to be little doubt that websites associated with a physical place of business will be treated as a service of the associated business, and McGee includes the reminder that the business in which a vending machine is located may be liable for its inaccessibility. Moreover, theoretical discussions of what constitutes a “place of public accommodation” still concern only about 8% of retail sales in the U.S.*** – physical accessibility is undoubtedly the most pressing concern for most disabled individuals and the dominant litigation risk for business.

** The Telecommunications for the Disabled Act of 1982 had already addressed the problems of telephone communication.