ADA standing and pleading – common sense from the 8th Circuit 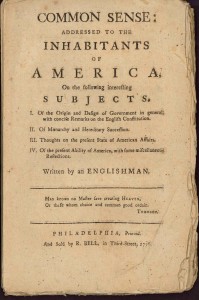 In Davis v. Anthony, Inc., 886 F.3d 674 (8th Cir. 2018) the Eighth Circuit adopted rules concerning standing that place common sense limits on the ability of serial plaintiffs to expand their lawsuits any time they are threatened with mootness. The decision is worth a detailed look because it rejects the “deterrent effect” doctrine created by the Ninth Circuit, refuses to expand the Eighth Circuit’s own precedent in  Steger v. Franco, Inc., 228 F.3d 889, 894 (8th Cir. 2000), and carefully limits the plaintiff to her pleaded allegations. In doing this it points the way to a new more positive view of those with disabilities, treating them not as frightened children requiring the protection of the courts and lawyers, but as adults with a right to sue for real injuries, but no need to be patronized by the courts.

Most serial ADA plaintiffs allege a few specific violations of the ADA, usually those that are observable from the window of the car as they drive around looking for ADA violations. This leaves them vulnerable to a mootness defense, because parking space violations can be easily and quickly remedied. To avoid this threat to their ability to collect attorneys’ fees the plaintiffs typically allege on information and belief that there are other barriers to be encountered that they will find in discovery. Every time the defendant fixes one accessibility problem the plaintiff’s expert finds another, or at least raises a fact issue about the existence of another. Faced with endless expensive litigation the defendant quickly decides that paying off the plaintiff’s lawyer is cheaper than taking the case to trial. This system works (for plaintiffs and their lawyers) because of the cheap standing granted by decisions that (a) allow a plaintiff to sue over ADA violations the plaintiff never encountered and (b) rely on vague pleadings of unknown other violations.

Davis, a serial plaintiff who has filed dozens of lawsuits in the last few years, followed this common tactic. The defendant responded by fixing the parking problems that were the only ADA violations alleged with any specificity and then filing a motion to dismiss claiming the case was moot. The District Court dismissed the case, and the Eighth Circuit affirmed.

Davis’ first argument on appeal was that mootness had not been established because the defendant provided no evidence that the ramps associated with the parking lot were in compliance with the ADA’s requirements. The Eighth Circuit rejected this argument because nothing in the complaint put slopes at issue. The Court observed that “[a] plausible claim must plead ‘factual content that allows the court to draw the reasonable inference that the defendant is liable for the misconduct alleged,” quoting its earlier decision in  In re Pre–Filled Propane Tank Antitrust Litig., 860 F.3d 1059, 1063 (8th Cir. 2017) (en banc). With no mention of slopes in the complaint there was no plausible claim of a slope violation of the ADA standards. Requiring specific pleadings is important for defendants because plaintiffs are reluctant to allege specific violations whose non-existence can be proven. Limiting the plaintiff to pleaded violations limits the scope of the lawsuit.

Davis then turned to her need for discovery to find additional violations of the ADA that might not have been corrected, arguing that under the Eighth Circuit’s decision in Steger v. Franco she had standing to sue for violations in the building that she never saw based because she had seen violations in the parking lot. The Court rejected this argument, finding that Steger v. Franco expanded standing to include violations inside a building only when the plaintiff had encountered a violation inside the building. Davis never went into the defendant restaurant and so, the Court held, she had no standing to complain of conditions inside based on the rule in Steger.

Davis next turned to the Ninth Circuit’s decision in  Doran v. 7–Eleven, Inc., 524 F.3d 1034 (9th Cir. 2008). In Doran, the Ninth Circuit found that if a plaintiff encountered a barrier that deterred him or her from going into the building the plaintiff had standing to sue for remediation of all barriers in the building. The decision has been disastrous for businesses in California and elsewhere because it amounted to a judicial blessing of the serial ADA industry. No longer was a plaintiff required to even get out of his or her car in order to file a lawsuit that could be dragged on until tens of thousands of dollars were spent on legal fees. The Eighth Circuit has never adopted the “deterrent effect” doctrine and specifically refused to do now. Discovery, it held, was futile because Davis only had standing to sue for those barriers to access she had already encountered.

The Davis decision was not unanimous. Judge Kelly concurred with the result because Davis had not requested an inspection of the building until after all the violations alleged in the complaint had been mooted and the dismissal filed. On the other hand, Judge Kelly agreed with Doran and similar cases holding that a plaintiff had standing to sue for remediation of unseen violations based on the deterrent effect doctrine.

Judge Kelly’s dissent makes it worthwhile to take a second look at Doran. To get to a holding that a plaintiff could sue for remediation of barriers never encountered by the plaintiff the Ninth Circuit broke standing down into two components. The first was the injury sufficient to get the plaintiff “inside the courthouse door.”  Doran, 524 F.3d at 1041–42. Under the liberal standing rule that equates seeing a barrier with injury every serial plaintiff has this kind of standing. After that, according to Doran, the only question was “one of scope: namely, what particular alleged ADA violations [the plaintiff] may include in that claim for injunctive relief.” Id. at note 5.  This “scope” question is still limited by the Constitution – a plaintiff can only sue for an injunction to remediate conditions that are likely to cause him or her injury. This is why so many ADA cases focus on intent to return – if a plaintiff never intends to return then the conditions will never cause a future injury.

It is at this point that the Ninth Circuit turned a guess about other ADA into a legal principle that supports serial litigation.  The Ninth Circuit found that a plaintiff who encounters a single barrier to access can sue to remediate unknown barriers because the known barrier to access will deter the plaintiff from returning even if the known barrier is remediated. Why? Because, at least according to the Ninth Circuit, the ADA plaintiff is a frail and querulous being who, seeing an accessible parking space without proper signage thereafter trembles at the possibility that upon entering the facility he or she might find another ADA violation. This fear of the unknown causes continued injury. The only solution, according to Doran, is to allow the plaintiff to hire experts to seek out these hypothetical violations so that after they are remediated the plaintiff can confidently use the facility.

This  “argument”* requires the assumption that if there is one ADA violation it is sufficiently likely there will be others that the plaintiff’s fear is justifiable and the deterrent injury is real. Doran never asks whether this is a reasonable assumption or whether it has any basis in fact. It seems clear that any plaintiff who files dozens or hundreds of lawsuits has no fear of confronting ADA violations; after all, he or she deliberately seeks them out. It is equally clear that other members of the disability community lack this supposed fear; otherwise we would have far more non-serial lawsuits.  The terrified individual with a disability at the heart of the Doran decision is an offensive fiction elevated to the status of a legal principle in the name of judicial convenience and social policy.

The rejection of Doran makes Davis a critical decision, especially for those courts not bound by Ninth Circuit precedent. Returning to the requirement of a concrete and particularized injury that is not merely hypothetical will have the effect of slowing, if not stopping, the ADA litigation machine that has, over two decades, poured millions of dollars into the pockets of lawyers for both the plaintiff and defense while creating no net improvement in accessibility for those with disabilities.*

** This is evident from the fact that the number of ADA lawsuits continues to rise – the successful use of litigation as a policy tool would result in a decrease rather than in increase in the number of suits filed.