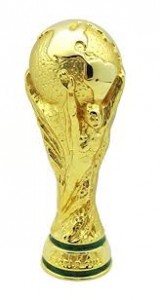 Bravo les bleus as our friends from France say. Their convincing victory over Croatia to win the World Cup is not, unfortunately, matched by developments in the world of ADA and FHA litigation, which are as usual a mixed bag.

Fernando Gastelum, Pl., v. P. Heritage Inn of Chandler LLC, Def.., 2018 WL 3376964 (D. Ariz. July 11, 2018) reminds us that ADA plaintiffs, like the mythical Hydra, can be hard to stop. The Hydra originally had nine heads, but grew two new heads for every one that was cut off. Mr. Gastelum, who suffered a reversal recently when a federal judge dismissed eleven cases as once* survived a Motion to Dismiss that argued, in essence, his eleven earlier defeats should be sufficient to defeat his new lawsuit. The Court disagreed, noting that a lawsuit against a different defendant and different hotel was subject to the same rules concerning the presumed truth of the complaint no matter how many times similar complaints had been dismissed. Another reminder that only Congress can solve the serial litigation problem.

“Readily Achievable” as an affirmative defense

Smith v. Golden China of Red Wing, Inc. et al.  2018 WL 3325907 (D. Minn. July 6, 2018) confirms earlier precedent holding that whether removal of an architectural barrier is readily achievable is an affirmative defense and that a plaintiff need not plead that removal is readily achievable in order to withstand a motion to dismiss. At least one court has held in the default judgment context that a plaintiff is required plead sufficient facts to show that barrier removal is readily achievable even though the defendant has the ultimate burden of persuasion. See, Johnson v. YIP Holdings Five, LLC, 2015 WL 5435659 (E.D. Cal. 2015). This conflict arises out of the burden shifting framework invented by the Tenth Circuit in  Colorado Cross Disability Coalition v. Hermanson Family, Ltd., 264 F.3d 999 (10th Cir.2001), which we will explore in another blog.

Johnson v. Vuong,  2:14-CV-00709-KJM-DB, 2018 WL 3388456 (E.D. Cal. July 11, 2018) is one of the growing string of cases from California in which the defendant decided it could no better than give up. The benefits are clear – remediation is limited to items in the complaint and attorneys’ fees to a relatively small number of hours. It can, however, be a risky strategy and should be carefully considered.

Negotiation as a strategy

Brown v. Seattle Theatre Group, 2018 WL 3344766 (W.D. Wash. July 9, 2018) should remind defense attorneys that an ADA settlement negotiation is unlike most because of the near certainty that the plaintiff will recover attorneys’ fees. The plaintiffs’ attorneys, always working on contingency, have no reason to be careful about fees because at the end of the day they will be paid. Here the defendants negotiated an agreed upon remediation for more than a year before finally making an offer of judgment with an agreed upon plan. This left attorneys’ fees for the court to decide, and it ultimately awarded an amount about three times as much as the amount spent by defendants. It will be a rare case in which any approach other than “Fix First, Then Fight” will be helpful.

Standing as a defense in ADA cases – know your circuit and your judge.

We’ve blogged about courts that take standing allegations seriously enough that a Rule 12(b)(6) motion can succeed,** but they are not in California. Krause v. Sonoma K, LLC et al, 18-CV-682 WBS EFB, 2018 WL 3388554 (E.D. Cal. July 10, 2018) is a useful reminder that if you don’t know your judge and venue money spent on an early motion to dismiss is very likely to be wasted, for the court denied in rather summary fashion a challenge to standing based on the pleadings.

Jones v. Savannah Federal Credit Union, CV417-228, 2018 WL 3384310, at *4 (S.D. Ga. July 10, 2018), on the other hand, is one of a few website access cases in which the Court required that Plaintiff not only allege that he confronted a barrier to access, but also that it prevented him for using goods or services he wanted. This is very different from the approach taken in many physical cases holding that merely knowing a barrier to access existed was sufficient harm.† We are seeing more and more of these cases, and can hope the trend will continue.

Brito v. 4018 W. Vine St. LLP, 618CV177ORL41TBS, 2018 WL 3361809 (M.D. Fla. July 10, 2018) is another case from Florida in which the court used its own early procedures to weed out a meritless case. Rather than waiting for a defendant to appear and answer this and other courts send interrogatories to the plaintiff and use the answers to determine if the standing allegations are plausible. When they are not, the case is subject to dismissal even though the defendant has defaulted. District courts have used this approach for many years for pro se cases from prisoners and others likely to misunderstand or abuse federal court jurisdiction and it represents a sensible approach to serial ADA litigants as well. It points to one possible statutory solution to the ADA litigation morass – a simple requirement that ADA pleadings include specific allegations related to standing instead of the boilerplate that succeeds in so many venues.

ADA and the Internet – the lines are clear.

Fuller v. Smoking Anytime Two, LLC, 18-CV-60996-UU, 2018 WL 3387692 (S.D. Fla. July 11, 2018) is another confirmation that in the Eleventh Circuit the ADA applies only to websites with some connection to a physical store. The Court includes a helpful discussion of the case law. It is worth remembering that few circuit courts have addressed this issue, so defendants confronted with website ADA cases need to take a close look at what local district judges are doing to know whether an early motion to dismiss has any chance of success.

* See our blog “ADA Standing “when the truth don’t lie.”

** See, among others, “ADA Standing – A real limit on cheap standing for serial filers.”