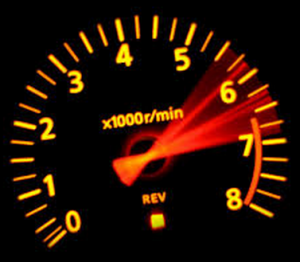 “And regardless of whether Rosales “believes” that the ADA applies and that the WCAG guidelines establish ADA standards, the question of whether the ADA applies to websites is, as Rosales admits in his briefing to this Court, an unsettled issue that courts across the country disagree on. To that extent, his statement that “the Americans with Disabilities Act applies to websites” is, at best, a misrepresentation and, at worst, dishonest and deceitful.”

Businesses tagged with surf-by lawsuits under the ADA will immediately see that Mr. Rosales claimed no more than every ADA website lawsuit claims; that is, that the ADA applies to websites without qualification or exception. If making that claim is a violation of a lawyer’s ethical obligation to be honest then almost all of the thousands of website lawsuits brought in the last few years involved unethical conduct.

So why is Mr. Rosales’ case apparently unique? Certainly in part because Mr. Rosales’ conduct violated a number of other ethical prohibitions. He was practicing under a trade name, which is allowed in many states but not in Texas. His demand letters included other misleading statements as well as a threat to institute regulatory proceedings that might fit the definition of extortion. The disciplinary proceedings also took place in the shadow of earlier federal court sanctions based on his abuse of the ADA in traditional drive-by lawsuits. Finally, the Court of Appeals’ decision is not a finding that Mr. Rosales did in fact violate any ethical prohibition. The Court of Appeals merely decided the State Bar had made a prima facie case that would avoid dismissal under the Texas Anti-SLAPP law. Whether Mr. Rosales will be disciplined remains to be seen.

Despite these limits, the Rosales opinion points to a real problem in the conduct of many lawyers who file ADA website cases or send ADA demand letters.  Almost all ADA cases are filed subject to Rule 11 of the Federal Rules of Civil Procedure or a similar state rule requiring only that legal claims be based on “a non-frivolous argument for extending, modifying, or reversing existing law or for establishing new law.” Statements of law in a pleading are directed to a judge, not a defendant, and are understood to be constrained by a standard that encourages experimentation in the development of the law. Demand letters, on the other hand, are addressed to defendants and are intended to be relied upon as truthful statements about the law and facts. There is a fine but very clear line between saying, “many courts hold the ADA applies to all public websites” and saying, “the ADA applies to all public websites.” The first is an accurate statement of the current state of law. The second is an exaggeration and, depending on the jurisdiction, perhaps an outright falsehood.

Does this mean that plaintiffs’ attorneys can avoid the consequences of mis-representation by filing suit instead of sending a demand letter? That is, after all, the usual model for all kinds of serial ADA litigation. I suggest that in most ADA website cases the complaint itself is intended to do the same thing a demand letter does; that is, mislead the defendant about the strength of the law in the hope of obtaining an early settlement. ADA complaints almost never follow Rule 8’s injunction that the complaint should include a  “short and plain statement of the claim.” A typical ADA pleading includes anywhere from a few to dozens of pages of irrelevant material about the history of the ADA, the important public policy purposes it serves, and sometimes what amounts to a brief on the law. The purpose of these complaints is not to provide sufficient detail to give fair notice of the claim, but rather to persuade the defendant that it is better to settle than fight because a plaintiff victory is inevitable.

I do not foresee a wave of disciplinary proceedings against lawyers who file ADA lawsuits. We are so used to evaluating pleadings under the Rule 11 standard that it is hard to imagine they should meet as well the higher standard of honesty applicable to everything a lawyer does. There is, however, a point at which exploitation of the monopoly on access to the courts given to lawyers becomes abuse that should be sanctioned, and in ADA website litigation that point has in many cases been reached and exceeded.