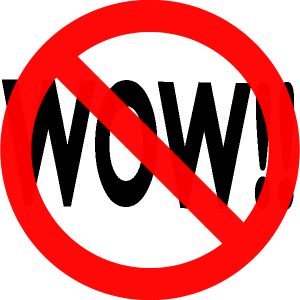 Just last week the Supreme Court took a long hard look at something called “Auer deference” and decided that it would remain the law, but with some strings attached. Kisor v Wilke, No. 18-15 (June 26, 2019). I’ve never once had the occasion to mention Auer deference in this blog or in any brief I’ve filed in disability lawsuits, but the decision could have an impact on future disability rights litigation. In this blog I’ll consider the possible impact on litigation under the Fair Housing Act. In the next I’ll look at what turns out to be the more complex possible effects on litigation under Titles II and III of the ADA. Before I explain why, I should refer anyone interested in a detailed analysis of the decision to William Goren’s blog on the subject here.*

What is Auer deference?

Auer deference is a legal doctrine developed in a number of Supreme Court cases that reached its final form in a case called Auer v. Robbins that was decided in 1996. Without getting too far into the details (see Goren’s blog for that) it requires courts to defer to agency interpretations of the agency’s regulations even when the interpretation did not go through the whole rule-making process. The extent of that deference (a lot or a little or none at all) was what was at stake in Kisor. This matters because in many cases the regulations issued under the ADA and FHA are not complete or clear, meaning that the regulators (DOJ and HUD) and businesses must rely on agency interpretations as they navigate compliance with the disabilities laws.

Auer deference in either its old or now clarified form has had little if any effect on litigation concerning handicap† rights under the FHA. The most common disability rights problem faced by apartment owners and managers for the last few years has been demands for accommodation concerning animals, and especially emotional support animals. The accommodation requirement comes from the Fair Housing Act itself (Section 3614(f)(3)(B)), but the only mention of animals in the regulations is a reference to guide dogs for the blind as an example of a required accommodation. (24 CFR §100.204(b))** Except for that and another example the regulation merely quotes the statute.

With no meaningful regulations HUD investigators as well as owners and managers of apartment complexes rely primarily on three documents from HUD and DOJ, the 2004 “Joint Statement on Reasonable Accommodations under the Fair Housing Act,” the 2011 HUD internal memorandum on “New ADA Regulations and Assistance Animals as Reasonable Accommodations under the Fair Housing Act and Section 504 of the Rehabilitation Act of 1973” and the 2013 HUD internal memorandum on “Service Animals and Assistance Animals for People with Disabilities in Housing and HUD-Funded Programs.” Auer includes all manner of agency statements as “interpretations” of a regulation, so these could be entitled to Auer deference. Nonetheless, I have found only one case involving reasonable accommodations of any kind that even mentioned Auer, and it did so only to conclude that DOJ regulations and regulatory interpretations concerning service animals under the ADA were conclusive with respect to Section 504 of the Rehabilitation Act as well. Berardelli v. Allied Services Inst. of Rehab. Med., 900 F.3d 104, 120 (3d Cir. 2018), reh’g denied (Sept. 12, 2018). The same argument would apply to the FHA reasonable accommodation provisions, but this is consistent with the existing regulation, so Auer deference would have no effect.

Owners and managers face a similar problem with requests for reasonable modification under §3604(f)(3)(A). The relevant regulations do more than merely quote the statute, but the regulations rarely provoke controversy. In 2008 HUD and DOJ issued a “Joint Statement on Reasonable Modifications Under the Fair Housing Act” that might be considered an interpretation of the regulations entitled to Auer deference. Once again though I have found no cases except the Berardelli case above that even mentions Auer deference in the same breath as the FHA reasonable modification requirement. This is perhaps because the 2008 Joint Statement generally refers back to judicial decisions in its explanatory material.

HUD has enacted more complete regulations concerning the design/build obligation for multi-family housing found in §3604(f)(3)(C). See, 24 CFR §100.205. However, because the Fair Housing Act does not authorize HUD to regulate the design and construction of new multi-family dwellings the effect of its regulations is to create safe harbors rather than to establish mandatory minimums. See, U.S. v. Mid-Am. Apt. Communities, Inc., 247 F. Supp. 3d 30, 35 (D.D.C. 2017). “[I]t is the Court’s job, not HUD’s, to interpret the accessibility requirements of the FHA.” Id.  As a result, HUD’s regulatory guidelines and internal procedures are entitled to something less than Auer deference. They are just one point of reference among many others: “the Court may find it instructive to hear what design features have tended to make dwellings accessible in HUD’s experience enforcing the statute.” Id. citing United States v. Mead Corp., 533 U.S. 218, 121 S.Ct. 2164, 150 L.Ed.2d 292 (2001). This lowest level of deference was not the subject of Kisor and is unlikely to be a source of controversy since its application will be discretionary with individual judges. As for Auer itself, I found no cases that mentioned both Auer and the design/build regulations.

Every handicap discrimination provision applies only if the plaintiff is handicapped, so HUD’s regulations concerning the definition of handicap (24 CFR §100.201)  could be a source of controversy that would implicate Auer deference, especially since the last changes to the regulatory definition were adopted before the 2008 ADA Amendments Act caused the definition of “handicap” under the FHA to diverge from the definition of disability under the ADA. There is some indication that HUD will apply the ADA definition regardless of that difference‡ but I have found no cases that put HUD’s interpretation of the regulations in issue or mention Auer deference in this context. The courts that have considered the issue do not refer to HUD materials at all. See, Rodriguez v. Village Green Realty, Inc., 788 F.3d 31, 40 at n. 10 (2d Cir. 2015) and Bhogaita v. Altamonte Heights Condo. Ass’n, Inc., 765 F.3d 1277, 1288 (11th Cir. 2014).

There is one case that applies Auer deference to HUD’s interpretation of its regulations. S. California Hous. Rights Ctr. v. Krug, 564 F. Supp. 2d 1138 (C.D. Cal. 2007) was a family status discrimination case brought under Section 3604(a). In its list of findings of fact and law the Court applies what it calls Auer deference to HUD’s regulation related to the statutory prohibition against family status discrimination. 24 CFR 100.70. In this case it appears the court confused Auer deference, which applies to how an agency interprets its regulations, with Chevron deference, which applies to regulations that elaborate on the underlying statute. The two are similar in some ways, but Chevron deference was not at issue in Kisor.

Based on the paucity of litigation concerning HUD’s interpretation of its regulations it does not look like Kisor is likely to have any real effect on  handicap rights lawsuits under the FHA. HUD internal memoranda and the Joint Statements could implicate Auer deference, but it does not appear litigants have found any need to challenge these materials as creating some change in the underlying regulation that would require analysis under Auer as clarified in Kisor.

* I also want to thank Robert Taft, who sent me a copy of the decision the day it was issued.

** HUD does have more specific regulations concerning animals in subsidized housing for the elderly. 24 CFR §5.303.

† “Handicap” is no longer the preferred term for what is now called “disability;” however since the definition of “disability” was modified in 2008 the words handicap and disability no longer align for statutory and regulatory interpretation purposes.