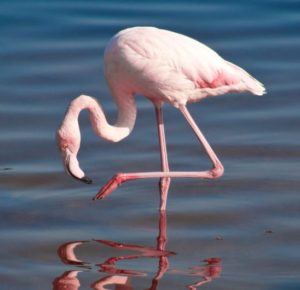 One of the problem disability rights organizations  face when they try to create sweeping change through litigation is that laws like the ADA protect individuals and redress individual injuries. The Supreme Court has recognized something called “organizational standing” that recognizes the harm an organization may suffer from illegal discrimination, but the Seventh Circuit’s recent decision in Access Living of Metro. Chicago v. Uber Techs., Inc., 958 F.3d 604 (7th Cir. 2020) illustrates how this court created doctrine will always end up limited by the actual words of the statute.

“Standing” comes from the provision in the U.S. Constitution that says Federal Courts can hear cases and controversies. The Supreme Court has long said that for there to be a “case or controversy” you need a plaintiff that has been harmed in a way the court can fix. Without both there is no case or controversy and the court doesn’t have the power to consider the matter. This is a basic constitutional requirement, but it isn’t the end of the story. When the harm comes from some violation of a federal law that law will say just who has the right to file a lawsuit  That is where Access Living found it had a problem.

Access Living claimed that it was harmed by Uber’s failure to provide services available to the disabled equal to the services offered others. Access Living claimed that when it paid for transportation for its disabled staff members and others it had to pay too much because it couldn’t always use Uber, which was often the least expensive way to travel.  The Seventh Circuit agreed that this was an injury – Uber’s supposed discrimination against the disabled cost Access Living money.*  It was also an injury the court could in theory do something about. The ADA would permit an order that required Uber to provide equal service so that Access Living wouldn’t have to spend to much in the future. Thus, Access Living met the requirements of Article III of the Constitution – it had “standing” to bring a lawsuit.

It is worth noting that this ruling only applies to Title III of the ADA. Other civil rights statutes under which disability rights groups often sue are not as limited as Title III of the ADA. The Fair Housing Act, for example, gives the right to sue to any “aggrieved person,” which is defined to mean any one injured by discrimination. The FHA allows individuals and entities who are indirectly harmed by discrimination against others to sue because it only requires an injury, not a direct injury. At the other end of the spectrum are laws like the Air Carrier Access Act which contains no provision for a private lawsuit. Even a direct victim of disability discrimination in violation of the ACAA cannot sue. According to the Seventh Circuit even Title II of the ADA would have granted Access Defense the right to sue because a Title II case can be brought by anyone “alleging discrimination on the basis of disability” even if they were not the direct subject of the discrimination. Courts have treated Title VII of the Civil Rights Act of 1964 just like Title III of the ADA, holding that the statute only allows suits by “employees or applicants for employment,” not organizations of employees. See, Cook v. Billington, 541 F. Supp. 2d 358, 363 (D.D.C. 2008).

It also has to be noted that while this is a good case for defendants, it isn’t going to stop organizations from suing under Title III of the ADA. Under many circumstances an organization can file suit as a representative of its members who were subjected to discrimination even if it suffered no harm itself.‡ There is a more general lesson though; when considering who has a right to sue for a violation of civil rights, including the rights of the disabled, merely invoking “organizational standing” or even standing under Article III of the Constitution isn’t enough. Who was harmed, how they were harmed, and the precise words of the statute all matter.

* The appeal came from an early dismissal of the claims by Access Living when the Court was only considering what Access Living said happened, not whether it was actually true. The first requirement in any lawsuit is that you make a claim that can be recognized if your allegations are true. If you can’t do that, whether they are true or not doesn’t matter.

‡ The difference between direct and indirect harm isn’t always clear, but in this case could be illustrated by what lawyers love; a hypothetical. Suppose Access Living tried to open a corporate Uber account and was told that it could not do so because disability rights organizations are not allowed to open such accounts. In that case Access Level would be a direct victim of discrimination that came from its association with disabled individuals.

‡ See, for example, Equal Rights Ctr. v. Abercrombie & Fitch Co., 767 F. Supp. 2d 510, 525 (D. Md. 2010), on reconsideration in part (Jan. 31, 2011). Like Access Living, the plaintiff in Equal Rights Center was not able to show a right to sue for the injuries it supposedly suffered as a result of discrimination against its members, but it was able to show it had a right to sue as a representative of its members.

« The “Disabled Access Credit Expansion Act” – a nearly useless effort from every perspective. » Quick Hits – Now is the summer of our discontent edition