Quick Hits – This week we are getting technical 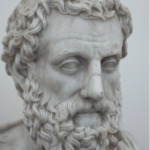 The ADA and FHA decisions handed down in the last few weeks share a common theme: technicalities matter. Sometimes the lack of technical standards increases the time and money spent in litigation, as in the first entry below, but more often technical matters of procedure and expert testimony determine the outcome of a case. The ancient Greek dramatist Aeschylus famously said “wrong must not win by technicalities,” but it is easier to sort out right and wrong when you get to write the play and decide who says and does what. When people don’t agree they go to court, and a commitment to the rule of law is a commitment to deciding disputes based on technicalities instead of fluctuating political and individual notions of what is right and wrong.

What can we learn from a DOJ settlement?

On November 1 the Department of Justice announced a settlement with Rite Aid Corporation that calls for Rite Aid to make its Covid 19 vaccination portal accessible by making it conform to WCAG 2.1 AA.¹ This appears to be DOJ’s first use of WCAG 2.1 AA as a settlement standard. What does that mean for anyone who isn’t being sued by DOJ? Pretty much what you would imagine. DOJ is almost certainly working on new website accessibility regulations and just as their previously abandoned regulations were based on WCAG 2.0 AA we can expect the new regulations to be based on WCAG 2.1 AA when and if they appear. Private plaintiffs who are already insisting on WCAG 2.1 AA will probably become more insistent on using that standard to the extent they insist on anything other than getting their money. And because this was a settlement, it will not change the existing uncertainty about what it means for a website to provide equal access to those with disabilities. If there is a slower and more costly way to make the internet accessible than DOJ settlements and private litigation I cannot imagine what it would be.

An ADA plaintiff must provide technical proof of a technical standard.

Sepulveda v Lakeshore 76, Inc., 2021 WL 5014861 (N.D. Cal. Oct. 28, 2021) dissects the requirements of the ADA with respect to pre-1991 buildings that will be useful for any defendant opposing summary judgment. The plaintiff’s expert applied the wrong standard – the 2010 ADA Standard in this case – so his opinions were rejected as irrelevant. The plaintiff failed to meet his initial burden (in the Ninth Circuit) of establishing remediation was readily achievable, tried to rely on unpled violations, and generally failed despite the simplicity of the claim to prove that a parking space was not accessible. He also goofed up procedurally by moving for summary judgment before amending to add the unpled claims and before discovery was over, meaning his next chance won’t be until trial. Defense lawyers take note.

Defendants have to remember the technicalities as well.

In Garcia v Dudum et al, 2021 WL 4975049, at *3 (N.D. Cal. Oct. 26, 2021) the defendants moved to dismiss based on mootness. They, and the plaintiff, ignored the Court’s mandatory joint site inspection, and the evidence attached to the motion to dismiss did not meet the standard required for a summary judgment. The result was an order to conduct a joint site inspection and removal of the motion to dismiss from the hearing docket so the defendants could, if possible, present it as a summary judgment motion with appropriate evidence. There is a clue as to what went wrong in the introduction to the opinion – the Court notes that the defendants want the plaintiff declared a vexatious litigant. Garcia files a lot of cases and may well be a vexatious litigant, but being mad at the plaintiff isn’t a substitute for a carefully planned and executed defense strategy. This is especially important in ADA cases because the cost of defense almost always exceeds the cost of settlement, meaning there is no money to waste on legal fees.

Whitaker v. John’s of Willow Glen Inc., 2021 WL 4990239, at *2 (N.D. Cal. Oct. 27, 2021) deals with a very similar situation; a motion to dismiss brought under Rule 12(b) based on facts that might be true, but are contradicted by the Complaint. The Court can consider a Rule 12(b) motion as a motion for summary judgment,³ but counting on that isn’t a good idea. A Rule 12(b) motion is always a temptation when it seems likely the plaintiff will ultimately lose, but the famous command “don’t fire ’till you see the whites of their eyes”² applies to litigation as well as battle.

The statistics and evidence in Liberty Resources, Inc. v City of Philadelphia, 2021 WL 4989700, at *7 (E.D. Pa. Oct. 27, 2021) are daunting. 72,000 street ramps requiring work, $3.2 million dollars a year for doing the work, aerial surveys to determine which ramps in the City of Philadelphia fail to meet ADA standards. Perhaps for that reason the plaintiffs sought an early victory by asking the Court to determine as a matter of law that the City’s policies violated the ADA without actually proving any particular curb ramp was defective or should have been repaired. The City, for its part, ask for a summary judgment declaring that claims regarding ramps that accrued more than two years prior to suit were barred by limitations. It did not, however, identify any particular ramps for which such a claim existed. The Court was having none of either global approach. It told the plaintiffs that they would have to prove their case ramp by ramp and the City would have to prove its limitations defense the same way. This isn’t likely to prove easy for either party, but it is a consequence of having a law with very specific legal requirements apply to entities with tens of thousands of affected architectural features.

No, it’s not a Swiss army knife.

The FHA and Rehabilitation Act concern themselves with those who have disabilities. That doesn’t mean, however, that every claim by a person with a disability fits within these statutes, as the decision in Michael Zlotnick, as administrator of the Est. of Steven Zlotnick, Pl., v. Crystal Run Village, Inc. et al2021 WL 4993712 (S.D.N.Y. Oct. 27, 2021) explains. The story is tragic, as the Court acknowledges, but the deceased Steven Zlotnick died because of poor care, not because of discriminatory care. The ADA, FHA and Rehabilitation Act are not general commands to treat those with disabilities well; they are only commands to treat them equally.

The substantive rulings in Langer v. B.R. Guest,, 2021 WL 4974039 (C.D. Cal. Oct. 26, 2021) are interesting on their own. The defendant’s website included a video that, for reasons that were unclear, did not properly trigger the closed captioning option on YouTube. The deaf plaintiff complained about the lack of captions. The defendant fixed the problem and the Court treated a Rule 12(b) motion as a motion for summary judgment and dismissed the case for mootness. It fits today’s discussion of technicalities because the Court notes, at the very beginning of the opinion, that the plaintiff’s brief used single spaced block quotes in an apparent effort to evade the page limit on briefs. The Court punished this failure to play by rules by disregarding the last five pages of the brief. It isn’t likely that those pages contained the winning argument that would have changed the outcome; after all, even annoyed federal judges care about reaching the right conclusion. Nonetheless, ignoring or trying to evade the rules tells the judge that the party’s lawyers cannot be trusted, and when a party’s arguments are hanging by a thread the Court’s trust in the reliability of the lawyers can be critical.

Getting into the weeds with experts

R.K. et al v. Governor Bill Lee, et al, 2021 WL 4942871, at *1 (M.D. Tenn. Oct. 22, 2021) is one of a number of cases dealing with the power of a governor to overrule local school district mask mandates that, among other things, give those with disabilities the protection they need to attend school in person. These cases are usually reported on as part of a political battle, but just like the voting rights cases brought under the ADA in the last election technical legal arguments provide the rationale for the outcome. In this case technical defects in the opinions of defendant’s expert played a critical role in the outcome. He didn’t have the right credentials and his analysis was apparently full of more or less philosophical statements about the nature of scientific truth that the Court did not find persuasive. The testimony was medical, but technical defects in expert testimony are pretty common in ADA cases generally.(4) You can find an expert willing to say anything if you are willing to pay for the opinion, but opinions are not persuasive unless they are solidly grounded in science and the law, so the quality of an expert’s analysis is another technical matter lawyers must pay attention to.

The ADA reservations rule – the ADA requires no more than the regulations specify.

Love v. M W G J LLC, 2021 WL 4975102, at *2 (N.D. Cal. Oct. 26, 2021) is one of many recent cases rejecting the idea that a hotel website might violate the ADA with respect to information about accessibility even though it meets DOJ’s regulatory standard. DOJ itself has rejected the idea that its regulations provide any reliable guide to what the ADA requires, a subject that I covered in a separate blog a few months ago.(5) As of the date of this blog Judge Ranjan has not ruled on whether DOJ’s argument in Migyanko v. Aimbridge Hospitality LLC holds water, but if the plaintiffs/DOJ prevail everything I’ve said about experts may be wrong. DOJ seems determined to turn ADA physical access litigation into the same kind of chaotic free-for-all that we find in ADA website litigation, which is a terrible way to improve accessibility for those with disabilities but a great way to make money for lawyers. I suppose that should make me happy, but there is quite enough controversy to keep lawyers busy without needlessly creating additional problems by generating uncertainty about what the law requires.

² This quote is far more controversial than I thought when it first occurred to me to include it in this blog. I actually thought it came from the Battle of New Orleans, but that memory from junior high history proved false. See, https://allthingsliberty.com/2020/06/who-said-dont-fire-till-you-see-the-whites-of-their-eyes

³ See the discussion in “Those pesky page limits matter” above.

(5) See, DOJ announces that there is no safe harbor for physical accessibility.