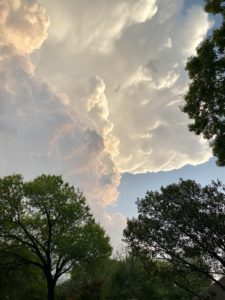 August is (in Texas at least) the month of afternoon thunderstorms. It’s a good metaphor for running a business subject to the ADA or FHA. Everything’s sunny and warm one minute then suddenly the wind is blowing and you are soaking wet. But the plants need the rain, so as usual there’s good and bad in ADA and FHA developments.

Unruh Act and the Internet – half a loaf is better than none.

You can read a detailed analysis of Matinez v. Cot’n Wash in Bill Goren’s blog “Gateway is Everything in California” so I’ll just hit the highlights. There is an ongoing controversy about whether the Americans with Disabilities Act applies to the websites of businesses with no physical facility open to the public. Some courts say yes and some say no. The Ninth Circuit, which covers federal courts in California, says “no.” As result the most prolific serial ADA filers, including the Pacific Trial Group and Apex Trial Law¹ turned in recent years to California’s Unruh Act and the California state courts, arguing that the Unruh Act does cover online only businesses. At least some lower California courts have agreed, but in Martinez v. Cot’n Wash one California Appeals court (there are six in all) said no, holding that the Unruh Act does not apply to the websites of online only businesses. This is big news coming from a state where thousands of serial ADA lawsuits and even more demand letters are sent every year. It isn’t the end of the road. While the decision is binding on lower courts, it isn’t binding on other California appellate courts or on the California Supreme Court, to which Marinez v. Cot’n Wash is likely headed. It also doesn’t apply to websites associated with physical facilities open to the public so it is not likely to lead to an immediate end of demand letters and lawsuits. California’s ADA litigation industry relies more on the threat of costly litigation than on the reality of winning and losing so until making a threat is sanctionable (which will require that the California Supreme Court speak) they probably won’t slow down. It likely though that the price of settlement will go down as it already has in face of other less dramatic losses in the last couple of years.