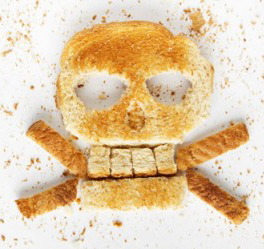 J.D. v. Colonial Williamsburg Foundation, Case No. 18-1725 (4th Circuit,  May 31, 2019) to my attention. For those interested in the parameters of the ADA’s requirement that public accommodations modify their rules for the disabled the case has a thorough discussion of the basic case law. What I find more interesting is the Court’s failure to address its imposition of a double standard in dealing with modification requests. It seems that for businesses it is forbidden to deny a modification request based on past experience with others while for those with disabilities it is perfectly reasonable to demand a modification based on the fear that what others did in the past will be done by a completely different public accommodation. The Court never explains why this should be the case.

The background is simple. The plaintiff child has celiac disease or some similar lesser condition and reacts badly to gluten. In the context of this appeal from a summary judgment the existence of a “disability” under the ADA was assumed.** On a school trip to Colonial Williamsburg his parents packed a special gluten free meal for him despite the availability of gluten free options at the Shields Tavern, the restaurant to which the group went to for lunch. They did this because they had had bad experiences at other restaurants in the past although they had never been to this restaurant or any other at Colonial Williamsburg in the past. Based on their experience with other, unrelated, restaurants they were afraid to trust the Shields Tavern.

When they arrived at the Shields Tavern they were told they could not bring in outside food because it violated health department regulations, but the restaurant could provide gluten free meals for the child or allow them to simply wait inside with the rest of the group to enjoy the atmosphere. Things went badly and the child and his father ended up eating outside. This lawsuit followed.

The principal question was whether the restaurant had unlawfully refused a requested reasonable modification that was necessary for the child to have the same dining experience as his classmates; that is, was it necessary that the father and child be permitted to eat their special food in the restaurant. The restaurant’s argument was simple – because it offered gluten free meals no modification was necessary. Their existing gluten free options completely addressed any need related to the child’s disability. The parents, on the other hand, argued that their fear based on past experiences at other restaurants made it unreasonable to expect them to trust this restaurant. Thus it was “necessary” that they be permitted to bring their own food.

The ADA and its implementing regulations have something to say about fear based on past experience. When a public accommodation is asked to grant a modification and believes the requested modification presents some threat or danger it must make “an individualized assessment, based on reasonable judgment that relies on current medical knowledge or on the best available objective evidence.” 28 CFR §36.208(b). This means, for example, that a basketball camp could not exclude a player with HIV because there was no objective medical evidence that there was a significant risk others would be infected through contact. Doe v. Deer Mt. Day Camp, Inc., 682 F. Supp. 2d 324, 349 (S.D.N.Y. 2010). This was so despite the fact that even if the risk is very small, the consequences of HIV infection are very severe.

In J.D. v. Williamsburg the 4th Circuit adopted a different standard for the parents’ fear of exposing their child to food cooked in a restaurant. Instead of an individualized assessment of the restaurant’s ability to produce a truly gluten free meal the parents were allowed to demand a modification based on past experience with other unrelated restaurants.

The Court addressed this as part of the “necessity” requirement for a reasonable modification. In doing so the Court completely disregarded the usual requirement that decisions be based on an individual inquiry rather than mere stereotypes. It found that the offer of a gluten free meal might not be adequate (a jury would have to decide) based on the family’s experience with food “prepared by commercial kitchens.” The phrase “commercial kitchen” applies to a very wide variety of food service establishments. The taco stand in the Chevron station a few miles from my house is a commercial kitchen, as are fast food restaurants, food trucks and, of course, the most expensive fine dining experience in the world, the Osteria Francescana in Moderna, Italy, ranked as the best restaurant in the world in 2018 according to Forbes.

Nowhere does the Court consider whether something beyond the parents’ fear creates a “necessity” for the modification; in fact it expressly disregards the actual ability of the restaurant to deliver a truly gluten free meal. The child was entitled to eat his own food in the restaurant based only the fact he had bad experiences in other restaurants in other places and without any evidence other than speculation that his other restaurant experiences were in fact the cause of symptoms or any showing the symptoms in those past incidents were especially severe.†

What seems to really stand behind this decision is not the need for the modification (because there was no objective evidence that it was needed) but rather the ease of granting it. Whether the parents’ fears were objectively rational or not, letting the child eat his special food in the restaurant would have cost the restaurant almost nothing in terms of money or convenience. As a reason for a practical decision by the restaurant’s management the low cost of granting the modification makes sense, but the ADA doesn’t require modifications unless they are necessary – reasonableness is a different inquiry. With this case we  have a double standard in evaluating modification requests. A public accommodation cannot rely on fears based on past similar experiences; it must consider only the individual request before it. Those with disabilities, on the other hand, are entitled to a modification based only fear arising from the past mistakes of completely unrelated parties who happen to be in the same business (“commercial kitchens”).

The legal takeaway for restaurants is simple. If you want to avoid expensive litigation grant the unreasonable modification that probably isn’t required. After all, the person demanding it has the ability to use the courts to cause far more trouble than it is worth to stick to what the law requires or permits. This is, of course, the entire story of private enforcement of the ADA and the reason money is wasted on lawyers instead of being devoted to real issues of accessibility for the disabled.

** The circumstances under which allergies and food intolerances constitute disabilities are hard to define because in most cases there is a wide range of symptoms from almost trivial to life threatening and in many cases medical evidence of the condition is hard to find. See my blogs on “Allergies and the ADA” “Gluten free for free” and “A story with a moral” for more on this subject.

† The only evidence recited by the court was that after eating at one restaurant the child “wasn’t feeling well” and in the case of the other he “experienced symptoms consistent with having ingested gluten.” There was no evidence that restaurant food had caused severe reactions and no medical evidence that in the two cases recited by the parents the later symptoms were in fact caused by consumption of restaurant food although they did say that in one case they returned to the restaurant and found a regular noodle mixed in with the gluten free noodles in his pasta.

I reported in September on the decision in Phillips v. P.F. Chang’s China Bistro finding that a plaintiff with celiac disease had not stated a claim for discrimination under the ADA based on P.F. Chang’s policy of charging $1.00 extra for gluten free meals. On November 23, 2015 the same court found that the plaintiff had stated a claim based on an enhanced set of allegations in her Amended Complaint. Phillips v. P.F. Chang’s China Bistro, Inc., 2015 WL 7429497, at *1 (N.D. Cal. Nov. 23, 2015).  This is a very common pattern in ADA litigation: Once the plaintiff knows what to say, he or she is almost always willing to say it in order to get past a Motion to Dismiss. For restaurants and their owners this latest decision requires some thought and possibly the adoption of new policies concerning menu items. END_OF_DOCUMENT_TOKEN_TO_BE_REPLACED