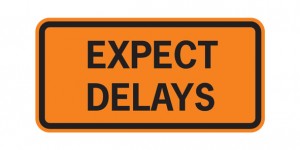 The Department of Justice has once again delayed regulations that would purport to set standards for web accessibility under the Americans with Disabilities Act. This is not the first time DOJ has kicked the can a little further down the road with respect to web access regulations. The proposed regulations have been floating around since 2010 with no sign of when they might be finalized. Some lawyers fret about how the delay will affect businesses (see, Justice Department Delays Web Accessibility Regulations For At Least Three More Years, Leaving Businesses in Turmoil) while disability rights advocates continue to assert that, despite the language of the ADA, it does require accessible web sites (See, Fall 2015 Update: More Delay for DOJ Web Regulations). What’s a business to do? The answer is simple – find a web developer.

Despite the regulatory delay, it is perfectly clear that the regulations, when they are adopted, will require implementation of some form of the Web Content Accessibility Guidelines version 2.0. DOJ’s current strategy for compelling web access under the ADA has been to threaten lawsuits against the largest web based sellers of goods and services and then settle based on implementation of WCAG 2.0. Sometimes it intervenes in private lawsuits against significant entities (Harvard and MIT for example) and then settles these as well. This allows DOJ to avoid any definitive ruling on how the ADA applies to web based businesses, a ruling it is avoiding because there is a good chance it will lose when the matter goes to the courts.

This is hardly a legitimate way to advance DOJ’s position on what the ADA means (see my previous blogs here and here) but it does tell businesses what they need to know: Implementing WCAG 2.0 or some appropriate subset of it will almost certainly satisfy whatever the ADA requires (if it requires anything) in terms of accessibility. The problem for small businesses is not what to do, but how to do it at a reasonable cost, a problem that is more practical than legal and concerns the trade-off between the risk of being sued and the cost or implementing WCAG 2.0. Right now the risk of being sued is small; the only targets of ADA web litigation have been the largest on-line retailers and service providers. For any given business this could change tomorrow, but a measured approach that plans a transition to WCAG 2.0 over time looks like the best approach, at least as long as DOJ keeps kicking the can further down the road.