DOJ announces that there is no safe harbor for physical accessibility. 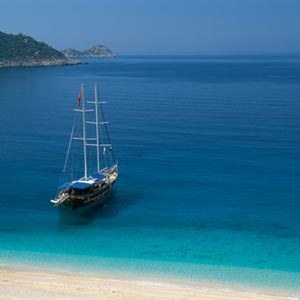 “The ADA Standards do not address every aspect of physical accessibility.”

“Of course, in the absence of specific requirements for bed height, hotels have some degree of flexibility in making reasonable modifications to provide usable beds for a person with a disability.  This flexible standard is inherently fact-specific.”

To understand why these innocuous statements are of such concern requires a look at this case and the problems created when DOJ declares that something is discriminatory without defining what discrimination means. END_OF_DOCUMENT_TOKEN_TO_BE_REPLACED 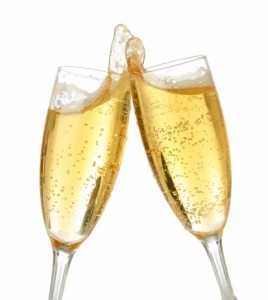 Fair Housing Act developments were bracketed by two events, one of which was scarcely noticed but could be important. In February, to considerable fanfare, HUD rolled out its new Guidance on requests for accommodation concerning animals.¹ Its many disclaimers about not being a regulation and not having any binding effect were not enough for the U.S. Government Accountability Office, which opined on December 17, 2020² that the Guidance violated the Congressional Review Act because it was not submitted to Congress for approval before it took effect. It is not surprising that HUD ignored the law, but HUD often ignores both science and the law, so to the extent the Guidance reflects what HUD’s investigators will do it provides some useful information on staying out of trouble in a HUD investigation even if it isn’t helpful as a guide to complying with the FHA. END_OF_DOCUMENT_TOKEN_TO_BE_REPLACED

Bone v. U. of N. Carolina Health Care System, 2019 WL 4393531 (M.D.N.C. Sept. 13, 2019), like Ramos, has a complicated set of facts and an equally complicated series of rulings on issues that include associational standing and liability for the acts of contractors. It also shares the appearance that nobody associated with the defendants was really paying attention, which is always a problem in a bureaucracy. It’s quite possible the low level employee charged with delivering braille invoices to the plaintiffs thought a few months was reasonable turn around time given the seemingly eternal delays associated with hospital billing and reimbursement, but from the plaintiff’s standpoint getting collection notices for invoices he couldn’t read was disturbing. One question, however, is never raised or answered. There are a large number of handheld text reading devices available for the blind, and it would seem such devices could be a reasonable substitute for braille. At what point does the refusal of a disabled person to take advantage of new technologies make his or her request for accommodation unreasonable? END_OF_DOCUMENT_TOKEN_TO_BE_REPLACED

Nobody knows. The August 19, 2020 decision in Landis v. Washington State Major League Baseball Stadium Pub. Facilities Dist., 2019 WL 3891566 (W.D. Wash. Aug. 19, 2019) is thoughtful, thorough, and from the standpoint of those looking for certainty concerning the stadium sightlines argument inconclusive. The Court denied the plaintiffs’ request for a ruling that as a matter of law the T-Mobile Stadium at which the Seattle Mariners play failed to meet ADA requirements, but the Court found it could not do so without a trial. This is the inevitable result of the complexity of stadium design and impossibility of promulgating regulations concerning the location of wheelchair accessible seating that are both specific and cover every possibility. At trial the Court will hear more evidence and make fact findings about just what comparable sightlines means in this particular stadium, but that result will likely cover only the single stadium at issue, leaving other courts and other cases to determine on a stadium by stadium basis what is good enough. END_OF_DOCUMENT_TOKEN_TO_BE_REPLACED

The starting point in a discussion of arbitration for civil rights statutes has to be Gilmer v. Interstate/Johnson Lane Corp., 500 U.S. 20, 111 S.Ct. 1647 (1991). In Gilmer the Supreme Court found that claims under the Age Discrimination in Employment Act could be made subject to a valid arbitration agreement, rejecting claims that it was somehow inconsistent with public policy. A few months later Congress passed the Civil Rights Act of 1991, in which, among other things, it affirmed that END_OF_DOCUMENT_TOKEN_TO_BE_REPLACED