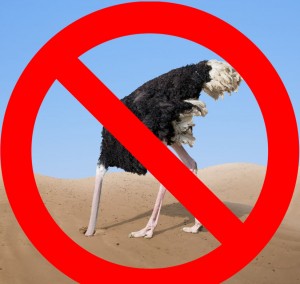 The original complaining party, Carlo Giménez Bianco (“Giménez”) suffered from depression and anxiety. He wanted to keep his dog despite the Castillo Condominium’s no pets policy. He asked, he was rebuffed, and he moved out. He then filed a fair housing complaint. HUD’s initial investigation resulted in a charge of discrimination, which was referred to an Administrative Law Judge. The ALJ concluded after an evidentiary hearing that Giménez was not disabled and therefore not entitled to an accommodation. This decision was appealed to the Secretary of Housing and Urban Development, who reviewed the evidence and reversed, finding that Giménez was disabled. The case went back down to the ALJ to assess damages and penalties. The ALJ awarded only $2,000 in damages and a $3,000 penalty. The latter was based on his finding that the Condominiums were not motivated by malice, but were simply ignorant. This went back up to the Secretary, who again disagreed, raising the damage amount to $20,000 and imposing the maximum penalty, $16,000. The Secretary found that ignorance was an aggravating rather than a mitigating factor, and justified the maximum penalty. The Secretary’s decision was appealed to the First Circuit, which ruled in favor of the Secretary on every count.

The central legal issue on appeal concerned the standard of review, a matter of interest only to lawyers. The Court’s holding on the effect of ignorance on the the other hand should be noted by every property owner and manager.

Ignorance hurt the Condominiums in two ways. First, it is likely the original complaint could have been avoided if the Condominium management had known the law of reasonable accommodation. Later, of course, ignorance was the direct cause of $13,000 in additional penalties imposed by the Secretary. The ALJ was sympathetic to the difficulties management faces when keeping up with the sometimes complex requirements for reasonable accommodations. The Secretary was not. In every fair housing investigation I have defended among the first requests from the HUD investigator is a copy of management’s fair housing policy and information on fair housing training. This case explains why. Lack of a policy, and lack of training, can turn an innocent mistake into a $16,000 penalty.

The Secretary’s decision was also based in part on the Condominium’s failure to engage in an interactive process with Giménez to try to find a solution for his needs. Instead of opening a dialog with Giménez about his disability and need for a emotional support animal the Condominium issued its ruling and stopped talking. This was likely a symptom of ignorance combined with arrogance; never a good combination. Management needs to understand the requirement of an interactive process, and engage in that process with an solution oriented mindset.

In 2015 failure to reasonably accommodate disabilities was the single most common complaint under the Fair Housing Act. This is because reasonable accommodation is pretty easy to get wrong. Training and a willingness in some cases to visit with a lawyer is the key to both avoiding complaints, and if worst comes to worst, at least avoiding large civil penalties.  If you want to know more, take a look at our webinars and seminars here.

« Education v. Litigation – HUD would rather fight than teach. » Doing it wrong with support animal requests – a lesson in reasonable accommodation from HUD