Obesity under the ADA – the plus size shopping experience. 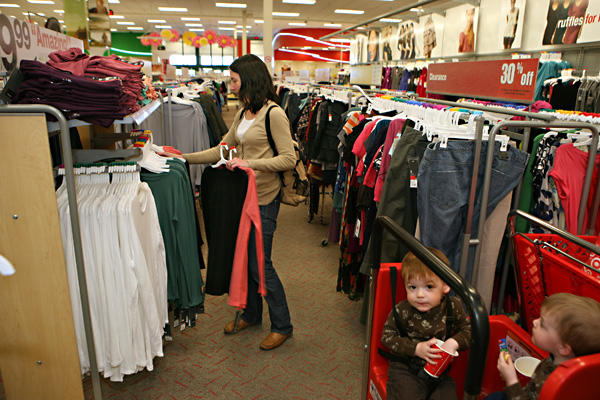 Since I last blogged about obesity in March a pair of decisions from the Western District of Pennsylvania have taken up the question of obesity in connection with Title III lawsuits. Anderson v. Macy’s, Inc., 2013 WL 1857535 (W.D. Penn. 2013) and Anderson v. Kohl’s Corp.,  2013 WL 1874812 (W.D. Penn 2013). The opinions are essentially identical, and make a number of points relevant to how businesses react to obesity as a disability under the ADA.

First, the Court did not accept as a foregone conclusion that the plaintiff’s obesity was in fact a disability. Notwithstanding the EEOC’s position on the issue, the Court reviewed cases from both before and after the 2008 ADAA Amendments to reach the very mild conclusion that it could not “definitionally exclude obesity when caused by an underlying physiological condition” as being a disability. The EEOC’s rules provide that morbid obesity is by definition a disability, but the Court never addressed the extent of the plaintiff’s obesity. An earlier Third Circuit case, Lescoe v. Pa. Dept.of Corr., 464 F.App’x 50 (3rd Cir. 2012) found that a district court had not erred when it found a morbidly obese corrections officer was not disabled where there was no underlying physiological disorder. There remains room for argument that even morbid obesity is not a disability when not caused by some other condition. [But see EEOC v. Resources for Human Development, 827 F.Supp.2d 688 (E.D. La. 2011) adopting the EEOC position].

Equally interesting was the Court’s discussion of just what constitutes discrimination against an obese person. In both of the Anderson cases the plaintiff complained that “plus size” clothing department was located in an inconvenient part of the store, that the aisles were too narrow for an obese person, and that the clothes themselves were priced higher than similar items in smaller sizes. The Court accepted only the argument concerning aisle width.

The regulations promulgated under the ADA prohibit a surcharge intended to cover the cost of measures to provide access to those with disabilities. 28 C.F.R. §36.301(c). The Court rejected the idea that higher prices for large sizes of clothing were a surcharge because the ADA does not require a retailer to sell clothing for those with disabilities and because the same prices applied to those without a disability who required plus size clothing. The Court used a similar rationale to reject the claim that the location of the plus size department failed to provide the “most integrated setting appropriate” for the plaintiff’s disability. It observed that both disabled and non-disabled persons who wanted plus size goods shopped in the same place, so there was no segregation of shoppers based on disability.

At the same time, the Court allowed the case to continue on a very narrow claim; that is, that the aisles in the plus size section were narrower than those in other sections of the store. The Court found that just as narrow aisles could constitute a barrier to those in wheelchairs, so they could constitute a barrier to those whose obesity did qualify as a disability. This serves as a reminder that just because a condition is inconvenient for all shoppers does not mean it cannot constitute architectural barrier discrimination.

This case also raises a question about attitudes. Assuming that the allegation was true,  why a retailer would make the aisles narrower in a section devoted to the needs of wider people? Although the Court rejected the notion that the location of the plus size department could violate the ADA or that treating plus size customers differently on price was a violation, there was in the description of facts a suggestion that obese patrons were generally regarded as second class citizens. That attitude is at the heart of why so many businesses get in trouble with the ADA. No amount of emphasis on technical compliance can replace a policy that all patrons must be treated with equal dignity. When a business tries to do as little as the law requires litigation is the likely outcome, no matter how careful it is about the slopes and heights and width