FHA design/build claims – how safe is your harbor? 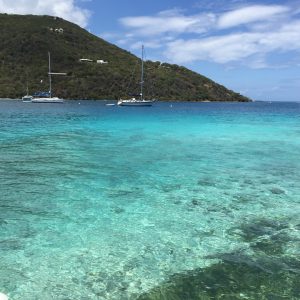 The Court’s principal holding is the obvious but often overlooked rule the various safe harbors for the design and construction of multi-family dwellings are a shield, not a sword. In Miami Valley the plaintiffs produced a typical expert report in this kind of case. It listed several hundred supposed accessibility barriers based on deviations from the original FHA Guidelines promulgated by HUD in  1991 along with the assertion that because the Guidelines are the least restrictive of the HUD recognized safe harbors the apartments did not meet any safe harbor standard. Based on this evidence the plaintiffs sought summary judgment.

The Court denied the plaintiff’s motion except for one supposed violation. It’s reasoning was simple and its authorities authoritative:

As a preliminary matter, even if all the conditions identified by Plaintiff deviate from the technical specifications contained in the Guidelines, the Guidelines are neither mandatory nor prescribe specific requirements which, if not met, would constitute unlawful discrimination. Village of Olde St. Andrews, 210 Fed. App’x at 482; 56 Fed. Reg. at 9473. See also Barker v. Niles Bolton Assoc, Inc., 316 Fed. App’x 933, 941 (11th Cir. 2009) (holding that because the Guidelines are not mandatory, the fact that a covered complex does not comply with the Guidelines does not establish a violation of the FHAA); United States v. Pacific Northwest Elec., Inc., No. CV–01–019–S–BLW, 2003 WL 24573548, at * 12 (N.D. Idaho, Mar. 21, 2003) (holding that the fact that a covered complex does not comply with the Guidelines does not establish a violation of the FHAA). It is also unclear whether evidence of non-compliance with the Guidelines can constitute proof of non-compliance with all other safe harbors. But again, even if it could, the safe harbors are not mandatory— they constitute a shield rather than a sword.
Id. at *6.
The court did think one alleged barrier to access was troublesome. The apartments had a fitness center and tanning rooms that were accessible only by stairs. It was conceded that these were common use areas, and since no wheelchair user can climb stairs they were obviously not on an accessible route as required by Section 3604(f)(3)(C)(i). Even here, however, the court found that the plaintiff’s evidence fell short. Design/build liability has to be based on the state of the apartments at the time the apartments were designed and built; generally when the last certificate of occupancy for the project is issued.* To prove a design/build violation the plaintiff must therefore prove that the FHA violation existed at the time construction was complete, something the plaintiff failed to do with respect to the fitness room and tanning beds. Post occupancy changes, whether deliberate or as a result of poor maintenance may not be actionable because the FHA, unlike the ADA, has no provision requiring subsequent remediation.
FHA defendants can use this case and those it cites to show that a plaintiff is not entitled to summary judgment without evidence not only of deviations from the safe harbors, but also that the apartments were in fact inaccessible. Most important, it takes the case out of the summary judgment realm and makes violations based on fractions of an inch or percentage slope worth at least additional discussion.
The defense for its part tried to use the safe harbors as a shield. Here too the Court denied summary judgment. Section 3604(f)(5)(A) specifically makes compliance with applicable codes a safe harbor, but only if they meet the requirements of the FHA itself. In this case the local code was based on an IBC Code that has not been recognized by HUD as a safe harbor and therefore did not presumptively meet FHA standards. After discussing a number of arguments concerning whether the local code did or did not meet the FHA standards the Court concluded it could not rule on the matter one way or the other at the summary judgment stage. Defendants who want to use the local code safe harbor defense will most likely have complied with a recent version of the IBC not yet recognized by HUD, so it may be necessary to show that the more recent version is consistent with an earlier recognized version in order to establish the defense.
Moving beyond the discussion of safe harbors and proof, the Court’s decision also has a warning for developers who wish to rely on a statute of limitations defense. Because the defendants developed multiple properties over a seven year period and marketed them together the Court found there was at least a fact issue concerning whether there was a pattern of FHA violations that would toll the limitations period. It also pointed out that under Sixth Circuit law limitations did not run from the date of the CO, but the date of last rental, something that was not in evidence.
The Court was also unwilling to allow upstream owners off the hook merely because they did not participate directly in the design and construction of the various apartments. Their role, however limited, was sufficient to bring them within the scope of the “in connection with” language in Section 3604(f)(3)(C). This expansive reading means that in all likelihood there is no ownership structure that can perfectly limit the liability of ultimate owners and even their individual officers and directors.**
The Court concluded with an analysis of which experts’ testimony was admissible. The defense expert was Paul Sheriff, now deceased, who conducted a “roll through” analysis of the site using his custom built wheelchair. The plaintiffs claimed his conclusions were not valid because they were not based on a comparison with the various FHA Guidelines and other safe harbors. The Court rejected this, noting again that the safe harbors were just that, and that Mr. Sheriff had the appropriate qualifications to opine on the ultimate issue of whether the apartments were accessible. Defendants need to keep this in mind, for while technical details are important, accessibility is the ultimate standard. The Court also permitted testimony about weaknesses in the methodology of the plaintiff’s expert from an engineer who was not an expert on the FHA, but was qualified to testify about measurements in a civil engineering context. This kind of attack on the plaintiff expert’s methodology can be very effective, particularly when, as is often the case, the expert’s method is chosen to maximize the number of apparent violations. If followed by other courts this analysis of expert testimony means the fact finder will have to deal with a lot of highly technical expert testimony about dozens of different specific standards and hundreds of claimed violations. That should factor into the trial strategies of both parties.
* See our blog The statute of limitations for FHA design/build cases
** See our blog Endless liability under the FHA