The statute of limitations for FHA design/build cases – a guide for the perplexed. 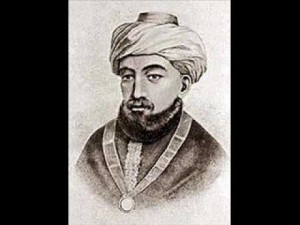 Maimonides, author of the Guide for the Perplexed.

The Fair Housing Act requires that private lawsuits brought under 42 U.S.C. §3613 be filed within two years “after the occurrence or the termination of an alleged discriminatory housing practice.” Courts are not in universal agreement about what this means when applied to a failure to design or build apartments according to the standards in 42 U.S.C. §36014(f)(3)(C), so a developer or owner’s defense in a design/build case may depend on where the apartments are located. How can a national statute have regional variations? Well, somebody’s wrong. Here’s a brief “guide for perplexed.”

The oldest circuit court decision on this subject is Fair Housing Council, Inc. v. Village of Olde St. Andrews, Inc., 210 Fed. Appx. 469 (6th Cir. 2006). The Court held that different limitations periods applied to different kinds of design/build cases. When an individual tries to rent or buy an apartment or condominium that did not meet the design/build standards the limitations period begins to run when he or she first learns of the non-conforming condition. When, however, a plaintiff alleges a pattern or practice of discrimination that goes beyond individual discrimination then the statute of limitations begins to run when the last non-conforming unit is rented or sold. This extends even to multiple developments by a single developer if there is a “pattern or practice” of discrimination. See, Natl. Fair Hous. All., Inc. v. HHHunt Corp., 919 F. Supp. 2d 712, 717 (W.D. Va. 2013) and  Housing Research and Advocacy Center v. WXZ Residential Group, 2017 WL 1078956, at *2 (N.D. Ohio Mar. 22, 2017) [collecting cases]. This means that for an active developer limitations may extend back many years.

In Garcia v. Brockway, 526 F.3d 456 (9th Cir. 2008) the Ninth Circuit took a more restrictive position. Noting that the point of a statute of limitations is to give potential defendants some certainty about how long they must face the risk of litigation it rejected the idea that an individual plaintiff could sue whenever he or she first confronted a violation because that would mean no end to liability. It rejected the idea of a “continuing violation” because while the effects of a violation continued, the violation itself was over when construction was complete. It held therefore that limitations ran with the issuance of the last certificate of occupancy for that marked the definitive end of construction.

Who’s right? The Sixth Circuit’s “pattern or practice” theory doesn’t really make much sense. Nothing in the language of the Fair Housing Act suggests that private individuals have a right to sue based on a pattern or practice of discrimination. These cases are, in terms of the statute at least, available only to the Attorney General. Private litigant pattern or practice cases find support for the idea in the notion of  “continuing practice” like that found in Havens Realty Corp. v. Coleman, 455 U.S. 363, 381 (1982). In Havens though the practice was an ongoing policy of discrimination against blacks, and the question of limitations was tied to the issue of standing; that is, was there a plaintiff who had suffered discrimination within the limitations period. Plaintiffs whose claim arose out of the right to live in an integrated neighborhood were victims of discrimination as long as anyone was discriminated against. Therefore one incident of discrimination in the limitations period, even though against a plaintiff who could not sue, was sufficient for the “neigborhood claims.” The Court carefully distinguished these claims from those of a plaintiff who claimed only to be a victim of individual discrimination. Her claims were barred because they were based on incidents outside the limitations period.

The idea of “neighborhood claims” does not make much sense in an FHA design/build context. The requirements apply only to multi-family housing, and if Congress wanted to create neighborhoods in which those with disabilities were integrated with those without disabilities it would have needed to include single family and duplex developments. Even if the neighborhood concept is construed to include a single apartment complex there must still be, according to Havens, an act of discrimination within the limitations period. If the discriminatory act is designing and building the complex, there cannot be an act after construction is complete. If you try to extend the claim to other developments by the same developer, the “neighborhood” concept falls apart. My right to live in an integrated environment in the apartment complex in the right place and at the right price for me is not affected by segregation in a different complex elsewhere.

It is true that the Sixth Circuit takes notice of the words of the statute in a way the Ninth does not. Limitations runs from the occurrence of a “discriminatory housing practice,” not “discrimination.” There is a difference. A discriminatory housing practice is defined as an “act made unlawful” by the relevant sections of the FHA. Oddly enough, the design build provision in Section 3604(f)(3)(C) does not make it unlawful to design and construct a building the fails to meet the standards; instead it defines this as one form of discrimination that like other forms of discrimination might be made unlawful elsewhere. This puts the goal identified in Garcia v. Brockaway – certainty for designers and buildings – at odds with the usual definition of unlawful acts in terms of their impact on an individual. If an unlawful act needs a victim then perhaps limitations can’t run until there is a victim and runs anew each time a new victim appears.

Design/build violations are similar to advertising violations. They have the potential to harm as soon as the apartments or condominiums are available for sale or rent. Whether they cause actual harm may be unknown.* This seems to be what the Sixth Circuit had in mind measuring limitations from the date of the last sale or rental, for it observed that before a sale or rental the discrimination might go unnoticed. This is also consistent with the statute of limitations itself.  The effects of discriminatory practices in the fifties and sixties of the last century continue to be felt today, and Congress was aware when it passed the Fair Housing Act Amendments that discriminatory effects persist far longer than two years after the last overt act of discrimination has occurred. The two year statute of limitations was not an estimate of the time during which some individual might suffer harm from a discriminatory act in the past, but a period that, like every statute of limitations, creates certainty. This certainty is particularly important for  design/build violations because they do not require intent and may be committed innocently through a failure to meet any one of hundreds of specific standards. Balancing policy against certainty, Congress decided two years was enough.

So which circuit is right? Both, in a way. The Sixth Circuit’s decision, when applied on a development by development basis does the same thing the Ninth Circuit’s decision does – it creates a date after which there can no longer be a claim of design/build discrimination. The certificate of occupancy date used by the Ninth Circuit has the obvious advantage of being easy to prove and certain from the outset, but both create the required dividing line.

The Sixth Circuit’s rule that an individual plaintiff can sue from the date he or she first tries to buy or rent a unit with violations is, on the other hand, clearly wrong. As the Ninth Circuit observed, it makes the statute of limitations meaningless as long as there are potential disabled tenants or buyers. The “pattern or practice” part of the Sixth Circuit’s decision is also clearly wrong. The Fair Housing Act does not include a “pattern or practice” of discrimination among its list of unlawful acts, and the use of that phrase with respect to the government’s authority in Section 3614 shows that Congress knew what to say if it wanted someone to make that kind of claim. The “continuing violation” recognized in Havens is distinct from a pattern or practice by its continuous nature. A single policy that results in many individual acts of discrimination is not the same thing as a pattern of failures to meet design/build requirements. Moreover, neither individuals nor organizations are harmed by a “pattern or practice” of design/build failures. An individual is harmed only by the particular condition that affects him. An organization suffers a diversion of resources or frustration of mission from every individual design/build failure, not from the pattern of failure. If a hundred apartment complexes are designed in violation of Section 3604(f)(3)(C) the cost to a fair housing organization from those hundred violations does not depend on whether they are owned by one, two, or a hundred owners.

Limitations may start to run when the C.O. is issued or when the last unit in a single development is rented or sold, but it should not begin to run later than that, and merely building a string of non-compliant developments should not create an actionable pattern or practice for private litigants, whether individual or organizational. That’s all you need to know about limitations in design/build cases except that many courts disagree.

*The best statistics indicate that more than 80% of multi-family developments since 1991 have some design/build failures. The fact that we have a few dozen reported design/build lawsuits and most were filed by the Department of Justice or fair housing organizations makes it likely that many disabled individuals are at least seeing and being inconvenienced by design/build violations on which they never file suit. In one of the most cited cases, U.S. v. Taigen, an important question was whether evidence from disabled tenants to the effect that they had no problems would even be admitted (it was not). The design/build standards are all about potential harm, not actual harm, so limitations should run from the potential date of harm rather than any actual date of harm.