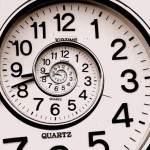 In Fair Hous. J. Ctr., Inc. v. JDS Dev. LLC, 2020 WL 1126556 (S.D.N.Y. Mar. 9, 2020) the plaintiff, an advocacy group, dispatched testers to several of the defendant’s developments where they discovered various failures to meet the design/build requirements in 42 U.S.C. §3604(f)(3)(C). The defendant moved to dismiss the plaintiff’s lawsuit on the grounds that the statute of limitations on design/build claims had run. The court disagreed.

The defendants advanced two theories concerning when limitations would run for design/build claims. The Ninth Circuit has ruled that limitations begins to run when the final certificate of occupancy for a multi-family housing development is issued because that represents the point at which the design and construction is over. See, Garcia v. Brockway, 526 F.3d 456 (9th Cir. 2008). The Sixth Circuit in contrast held that limitations began to run with the sale or lease of the last unit in such a development because for each unit the sale or lease was the discriminatory act. See,  Fair Housing Council, Inc. v. Village of Olde St. Andrews, Inc., 210 Fed. Appx. 469 (6th Cir. 2006).† In either case limitations had run because all the units had been sold or least more than two years before the suit was filed.

The Court rejected both theories, finding instead that while failing to design and build multifamily dwellings is a discriminatory act, it is not by itself a “discriminatory housing practice” actionable under Section 3613(a) of the FHA. A discriminatory housing practice, it held, is one of the things specifically made unlawful in Section 3604. The relevants parts of Section 3604 make it unlawful to “discriminate in the sale or rental” of a dwelling because of the handicap of the buyer or an associated person (§3604(f)(1)) or “discriminate against a person. . .” (§3604(f)(2)). The Court’s reading is that unlawful discrimination necessarily involves a disabled person; thus, design/build failures are not actionable until they ripen into unlawful discrimination because they harm a disabled person.

The Court bolstered its view of the statutory language with an examination of general tort principles, the purpose of the FHA in general and agency interpretations of the statute. The general tort principle invoked is that a claim accrues for limitations purposes when the plaintiff suffers damages. The Court reasoned that for a disabled individual the damage is suffered when the individual is denied a dwelling they can use. The general purpose argument is simply that the longer it is possible to sue the owners the more owners will be sued, and that is what the FHA is all about. Finally, the Court gives “substantial deference” to HUD’s statements about limitations in the Fair Housing Act Design Manual and its internal operations handbook.‡

The Court is not alone in its view of when limitations runs for design/build claims, but it overlooks an important consequence of that view. If failing to design and build multifamily housing in compliance with the statute is not in and of itself an unlawful act, then a plaintiff must prove they were injured by one of the two unlawful acts specified in the statute; that is, discrimination in the sale and rental of dwelling (§3604(f)(1)) or discrimination in the terms, conditions, or privileges of a sale or rental or in the provision of services in connection with that sale or rental. (§3604(f)(2)). We know from the Supreme Court’s holding in Havens Realty Corp. v. Coleman, 455 U.S. 363, 373, 102 S.Ct. 1114, 71 L.Ed.2d 214 (1982) that Section 3604(f)(1) does not apply to cases brought by testers because there is no sale or rental of a dwelling.º It is equally apparent that a tester who does not intend to buy or rent a dwelling cannot suffer discrimination in the terms, conditions or privileges of a sale or rental, as required for a claim under Section 3604(f)(2). Simply put, a tester suffers no harm from the existence of design/build failures because the tester never intends to use the dwelling in which they occur.

The consequence of testers having no standing because they have never suffered an injury is that the organization that sent them can’t rely on a limitations period based on the tester’s visit. The Defendant argued that the injury suffered by the advocacy group – frustration of its fair housing mission – began as soon as the units were for sale or lease even if the advocacy group didn’t know it. The Court rejected this argument because the “legal violation that starts the limitations period” was unlawful discrimination against the testers. However, based on the Court’s interpretation of the statute there was no “legal violation” at all because in the absence of a bona fide intent to buy or rent and the absence of any actual purchase or rental no unlawful discriminatory practice ever occurred.

Congress included a statute of limitations in Section 3613(a) because it did not want owners, developers and managers of apartments and condominiums to have eternal liability in private lawsuits. The Court itself observes that “no legislation pursues its purposes at all costs.”¹ Having limitations run from the date a single bona fide buyer or renter suffers an injury is arguably consistent with the language and purpose of the statute. Bootstrapping organizational standing on top of non-existent tester standing to reach a result that allows lawsuits until eternity is not. If Congress wanted eternal liability for private lawsuits it would have left out the limitations period altogether as it did for actions for injunctive relief brought by HUD and the Department of Justice.

*  See, Endless liability under the Fair Housing Act — and let’s make it personal

** See,  The statute of limitations for FHA design/build cases – a guide for the perplexed.

† This is how the District Court interpreted the holding Fair Housing Justice Center. I find the Sixth Circuit’s holding is either more nuanced or simply more confusing than this simple rule suggests.

‡ The Court relies for this deference on United States v. Mead Corp., 533 U.S. 218, 228, 121 S.Ct. 2164, 150 L.Ed.2d 292 (2001), a case that does not support the Court’s position in any way. Substantial deference is owed an agency’s interpretation of a statute when it is within the realm in which it regulates. The two year limitations period in Section 3613(a) applies only to private causes of action and is therefore outside HUD’s concerns as a regulator.

º The Supreme Court rejected tester claims brought under Section 3604(a), which is the race discrimination analog of Section 3604(f)(1), because such claims require a bona fide offer to sell or purchase.

« Yes, the ADA is confusing, especially when it comes to websites » ADA and FHA Quick Hits – Great Caesar’s Ghost edition.