The Meta Fair Housing Settlement: watch out for unintended consequences . . . 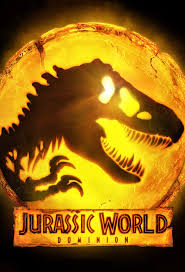 The Jurassic Park series of movies are all about unintended consequences. You can say the same thing about the Facebook advertising tools that were the subject of lawsuits against Meta. On June 21 the Department of Justice announced a settlement of claims against Meta related to Facebook’s advertising algorithms.¹ It is the second such settlement, the first having been obtained in a lawsuit filed by the National Fair Housing Alliance and other groups.² Both settlements are interesting reading for those who specialize in these subjects, but it is worth asking whether they will have any impact on other players in the real estate market. You don’t have to be a Meta, a Spectre, a T.H.R.U.S.H. or a Kaos(4) to for these settlements to have an effect on how you do business as a landlord, management company or real estate agent or broker. That’s because these settlements are aimed at new technologies, but rely on old fashioned legal principles that apply to all aspects of the housing market and to the unintended consequences of any kind of targeted marketing program.

To understand why you need to understand the legal issue behind the DOJ lawsuit, the NFHA lawsuit and the original HUD investigation of Facebook. The Fair Housing Act prohibits various kinds of discrimination in housing transactions, including what is called advertising discrimination. The relevant section (28 U.S.C. §3604(c)) covers more than just advertising, but the easiest to understand application is ads that show a preference for one group over another. “Whites only” or “Singles only” would be the most extreme examples.

But what if the advertiser is clever enough not to say “whites only” but wants to make sure there are no black applicants for an apartment? Facebook’s targeted advertising programs were tailor made for making sure that unwanted applicants didn’t apply for an apartment or try to buy a house but not being explicit about it. You don’t need to say “whites only” if you only advertise to whites. It didn’t have to be this blatant or deliberate though. Advertisements that target those who live in particular neighborhoods, or those whose children attend certain private schools, or even those who shop in certain stores could achieve the same effect. It also doesn’t have to be deliberate discrimination. If an apartment complex is designed to appeal to young single professionals the landlord may not intend to exclude families, but ads targeting the ideal market will have that effect. The claims made by NFHA, HUD and DOJ all concerned the notion that by providing the tools that facilitate discrimination Facebook was itself engaged in discrimination.

There is clearly a tension between the hyper-targeted marketing offered by Facebook and the inclusive marketing that serves the goals of the Fair Housing Act. The DOJ settlement resolves that tension by limiting the extent to which Facebook can offer highly targeted marketing. Facebook will not, in theory, be able to offer tools that let advertisers intentionally or unintentionally exclude individuals based on race, religion, gender, disability and other illicit categories. That doesn’t mean however that the settlement has nothing to say to parts of the housing industry that don’t rely on AI to place their ads. Here are some of the implications for the industry and beyond.

Finally, there is an extension of the principles behind the Meta settlement that goes beyond the housing market. EEOC and DOJ have recently suggested that AI based systems for finding employees can be discriminatory(5). Almost all businesses open to the public are subject to the prohibitions against discrimination in the ADA and the Civil Rights Act of 1964. These businesses use targeted marketing to attract individuals they think they are likely to sell to, but that marketing necessarily excludes others, and the exclusion may be largely of individuals of a particular race, ethnicity or religion. As in the housing market, what seems like innocent targeting of groups to which no objection can be made might also turn out to eliminate all or most of the members of some group against whom discrimination is illegal.

But returning to the housing industry, high profile settlements like these can serve to deter unlawful conduct, but they also serve to encourage litigation. Housing professionals should evaluate their advertising and marketing policies to decide whether they might have an unintentional discriminatory effect and whether they can be justified on grounds unrelated to discrimination. Discrimination can be an unintended consequence of targeted advertising. Another perhaps unintended consequence will be more strike suits. Where DOJ leads others with less worthy motives are sure to follow.

(4) Knowing just how humorless Meta and its owners are I’m sure they won’t get the joke. No, I don’t think Meta is a worldwide organization devoted to doing evil. Like the computers running the algorithms attacked by DOJ, Meta is just a very complicated machine for making money whose actions may have unintended consequences.

(5) See, The Americans with Disabilities Act and the Use of Software, Algorithms, and Artificial Intelligence to Assess Job Applicants and Employees