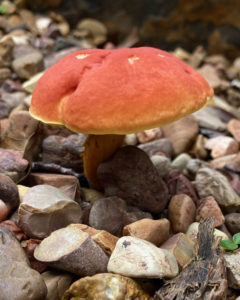 Fall mushrooms are beautiful, but also potentially poisonous, which is a real stretch for an analogy to the disability protection provisions of the ADA and FHA. Here’s a roundup of the latest decisions.

Roman v. Greenwich Village Dental Arts P.C., 2022 WL 4226026 (S.D.N.Y. Sept. 13, 2022) isn’t an extraordinary case, but it is a reminder that the law of website accessibility remains fractured. In this case the plaintiff’s only claim was that as a blind person he could not use the website of defendant dental office. He does not appear to have alleged he wanted to actually have work done on his teeth, just that he wanted to use the website. The Court recognized that some 2nd Circuit courts require that a website have a nexus with a physical business to be covered by Title III of the ADA, but held that because this website was associated with a physical business there was no doubt about coverage.  With that we can consider the various views:

The first and third choices have their own logic, but the middle one makes no sense at all. An ADA injury arises when the plaintiff is denied access to the goods and services of a public accommodation. If the plaintiff has no interest in those goods and services then a denial of access causes no injury.² Decisions like  Roman v Greenwich Village Dental do nothing to help those with disabilities who might need access to the goods and services of a business but do help lawyers get rich and create the legal atmosphere in which some plaintiffs’ lawyers don’t bother with having a real plaintiff (see Antonini v. Nieves below). After all, if you don’t need a real injury to maintain a suit under Title III of the ADA why bother having a real person as plaintiff?

Brooke v. Harbor Suites LLC, 2022 WL 4234960, (9th Cir. Sept. 14, 2022) is a case that can be explained only as an effort by the plaintiff’s lawyers to keep their claim for fees alive. Brooke is a serial filer whose attorneys can be fairly said to operate an industrial scale ADA litigation business. This lawsuit claimed the defendant’s property lacked an access aisle. The district court dismissed her claims under California state law because it found the exercise of supplemental jurisdiction was not appropriate. Months later it dismissed her federal claims because they were moot, the access aisle having been installed. Why did Brooke, having gotten the hotel to do what she wanted, the appeal the dismissal of her state court claims? Money. She had the option of re-filing in state court seeking statutory damages and attorneys’ fees under state law. However, because she is a high-frequency litigant she would have faced a higher filing fee and other impediments created by state law. She almost certainly filed suit in federal court to avoid those impediments because when you are operating a high volume business maintaining low costs is a key to profitability (just ask Walmart). Serial ADA litigation creates huge waste in terms of legal fees paid because the litigation is driven by fees, not accessibility.

Another problem with industrial litigation. . .

Elliott v. Mejia, 2022 WL 4120276 (C.D. Cal. Sept. 9, 2022) is one of several recent decisions dismissing an ADA claim for failure to timely effect service of process. It isn’t hard to file a lawsuit based on a form complaint, but it takes real work to track down a hard-to-find defendant, and real work is not what industrial litigation is about.

If it works it is good enough.

In Bax v. Doctors Med. Ctr. of Modesto, Inc., 2022 WL 4127522, at *7 (9th Cir. Sept. 12, 2022) the Ninth Circuit confirmed that under the Rehabilitation Act what constitutes effective communication depends on the circumstances. The plaintiff is deaf and in various interactions with the defendant hospital communicated with notes or was provided remote video ASL interpretation that sometimes did not work perfectly. The District Court found no violation after a detailed analysis of the facts and the Ninth Circuit confirmed that “We do not apply categorical rules to determine which auxiliary aids are required to achieve effective communication.” It is good news for businesses that must effectively communicate because it means there is no absolute requirement for ASL interpretation, remote or in person. It is also a reminder though that businesses must think about what constitutes effective communication in each particular context and be prepared, if necessary, to arrange for different means to communicate when hand written notes are not appropriate.

Burden of proof on “readily achievable”

Antolini v. Nieves et al.  2022 WL 4219655 (S.D.N.Y. Sept. 13, 2022) confirms that the plaintiff has the burden of proof on whether barrier removable is readily achievable, a burden that must be met with evidence at the summary judgment stage. Un-answered is the question of whether the plaintiff’s attorney, Stuart Finkelstein, will be filing future suits from jail since he “entered a guilty plea to one count of mail fraud, 18 U.S.C. § 1341, admitting to his filing of fraudulent lawsuits in the Southern District of New York and elsewhere.” He has not, however, been disbarred yet, it appears.

Do those with disabilities need more opioids?

The cost of default

It’s tough to run a city, but that isn’t always an excuse.

Ramos v. Department of Homeless Services, 2022 WL 4234557 (S.D.N.Y. Sept. 14, 2022) is one of those lawsuits that drives city attorneys crazy. The plaintiff, appearing pro se, had any number of complaints about services offered to him as a homeless Hispanic. He lost his request for a preliminary injunction because, it appears, none of his claims had any merit at all. This was, however, the second go-round and of course the case remains alive even without immediate injunctive relief.

Keith v. City of San Diego, 2022 WL 4241271 (S.D. Cal. Sept. 12, 2022) on the other hand shows that even a pro se plaintiff may have enough of a point to keep her case alive. The plaintiff had been given a designated accessible parking space on the street in front of her home many years in the past in keeping with the city’s obligation under Title II of the ADA to provide accessible street parking.¹ Then the city decided to create a bike lane on the opposite side of the street and paint what the plaintiff said were some confusing arrows indicating cyclists could also use her side of the street, making it dangerous for her to enter and exit her car. Her complaint was not a model of clarity, but it was enough to defeat a motion to dismiss. Everything done to help one group of people (cyclists) has the potential to harm another. My only question would be why, since the plaintiff had a coherent complaint, the city dedicated so much time and effort to a battle in court that might have been solved with some paint on the street. First fix, then fight.

Finally, any municipal or state agency responsible for housing should pay careful attention to the recent settlement between the Housing and Urban Development and the Dallas Housing Authority.³ The City of Dallas agreed to pay $500,000 to a single individual who filed a claim of disability discrimination. The number is extraordinary: HUD’s other recent press releases announced settlements for $29,000 and $45,000 and a judgment for $70,000. However, if the facts in the press release are true the City really messed up. It isn’t hard to imagine how this might have happened. The first mistakes were by local managers whose compassion for tenants had been long since worn away by being paid too little to do too much for tenants that were often too demanding. When it escalated stubbornness set in and the us against them attitude commonly found in municipal service organizations took over. It reminds me of a line in a Raymond Chandler novel, The Continental Op, when the protagonist complains about having been roughed up by the police. To paraphrase; the problem – said the police lieutenant – is that this job calls for the highest kind of person, and nothing about the job attracts the highest kind of person.

¹ The exact nature of municipal obligations with respect to street parking and sidewalks varies by Circuit. See my blogs ADA Title II – Maybe sidewalks aren’t services after all, Eternal liability under ADA Title – It’s what you don’t do that matters and Frame v City of Arlington, what’s wrong with this picture?

² For a more detailed explanation see my blogs Stigmatic injury and how the 11th Circuit got in wrong in Laufer v Arpan,  Laufer v Looper – the death of tester standing, and not just in ADA cases. Laufer v Looper – chapter 2 and Tester standing under the ADA – Getting it wrong, getting it right, and an interesting but irrelevant analysis.

³ HUD’s press release is at https://www.hud.gov/press/press_releases_media_advisories/HUD_No_22_166