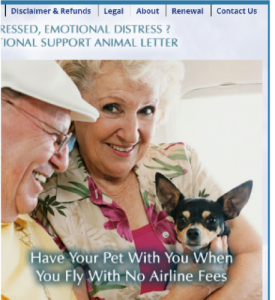 On August 9 the Department of Transportation issued its “Final Statement of Enforcement Priorities Regarding Service Animals” based on the Air Carrier Access Act and existing regulations. New regulations are on the way, but probably not any time soon,* so this Final Statement, which replaces an Interim Statement issued in May of 2018, is the most authoritative pronouncement on how DOT interprets its existing regulations. The method is a little roundabout. Instead of just saying “this regulation means such and such” DOT basically says that it will or won’t “use available resources” to enforce the regulations in certain instances. This does let airlines know what they should and shouldn’t do, which is beneficial. Unfortunately, the “Final Statement” does almost nothing to address the fundamental problems with the existing ACAA regulations. END_OF_DOCUMENT_TOKEN_TO_BE_REPLACED