I blogged about the 10th Circuit’s decision in Hamer v City of Trinidad earlier this year.* The City has now filed a Petition for Certiorari that may well take the case to the Supreme Court because the issues and conflict between the Circuits are well defined.**

The heart of the dispute concerns a novel doctrine invented by the Tenth Circuit, the “repeated violations doctrine.” Under this doctrine every Title II entity has an immediate obligation to fix every problem with accessibility everywhere, and its failure to do so constitutes a new ADA violation every day. The age of the facility doesn’t matter because the obligation is to fix things regardless of when they were built. A sidewalk built a century before passage of the ADA must be fixed in the same way a sidewalk built last week must be fixed. Other Circuits have refused to impose this kind of endless liability, tying the limitations period either to the when the facility was built or renovated or to the date the plaintiff first suffered an injury, and refusing to find a generalized obligation to fix things that did not violate the law when they were built. END_OF_DOCUMENT_TOKEN_TO_BE_REPLACED

Nobody knows. The August 19, 2020 decision in Landis v. Washington State Major League Baseball Stadium Pub. Facilities Dist., 2019 WL 3891566 (W.D. Wash. Aug. 19, 2019) is thoughtful, thorough, and from the standpoint of those looking for certainty concerning the stadium sightlines argument inconclusive. The Court denied the plaintiffs’ request for a ruling that as a matter of law the T-Mobile Stadium at which the Seattle Mariners play failed to meet ADA requirements, but the Court found it could not do so without a trial. This is the inevitable result of the complexity of stadium design and impossibility of promulgating regulations concerning the location of wheelchair accessible seating that are both specific and cover every possibility. At trial the Court will hear more evidence and make fact findings about just what comparable sightlines means in this particular stadium, but that result will likely cover only the single stadium at issue, leaving other courts and other cases to determine on a stadium by stadium basis what is good enough. END_OF_DOCUMENT_TOKEN_TO_BE_REPLACED 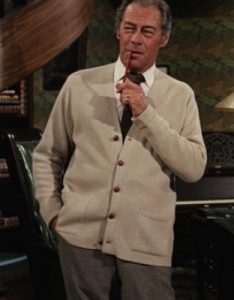 The complaint that prompted the story is simple. If you have a hearing impairment then it is hard to understand conversation in a noisy public place like a restaurant.‡ In discussing this complaint the Washington Post article and the underlying paper by Daniel Fink ignore or misunderstand two things about the ADA – what it means to be disabled, what the ADA requires in the name of equality. END_OF_DOCUMENT_TOKEN_TO_BE_REPLACED

I’ve observed before that titles II and III of the ADA create what can be called a crime looking for a victim.* The decision in Hamer v. City of Trinidad, 2019 WL 2120132 (10th Cir. May 15, 2019) shows how defining the crime can change the burden cities may face today based on decisions that go back decades or even centuries.  The decision in Hamer will allow almost any person with a disability to demand that every inaccessible facility of a town like Trinidad be fixed regardless of its historical origin and regardless of how long the plaintiff has known of the problem. This decision contradicts decisions from other Circuits and follows a dubious analytical path. (For those who want a different view on this case, William Goren’s blog Repeated Violations Doctrine makes the case for this decision being correct). END_OF_DOCUMENT_TOKEN_TO_BE_REPLACED 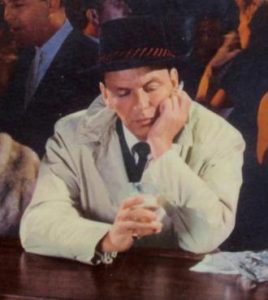 Must there a place at the bar for wheelchair users? Although there seems to be no relevant case law on the subject this is a contentious issue in many of the ADA cases we handle. It’s worthwhile to ask just what the ADA does or should require, or if that question can be answered based on the ADA and accompanying guidance and regulations.† END_OF_DOCUMENT_TOKEN_TO_BE_REPLACED