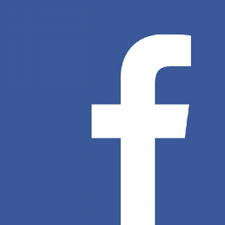 First though, a little background. Section 804(c) of the Fair Housing Act (42 U.S.C. §3604(c)) prohibits making, printing or publishing discriminatory advertisements. This prohibition can apply not only to the person who places the ad, but also to the person who prints or publishes it. When Facebook puts an ad on someones Facebook page it is publishing the ad, and so it could have some responsibility if the ad is discriminatory.

Some kinds of discriminatory advertising are obvious. Even today from time to time real estate brokers, leasing agencies and others just put in an advertisement that they won’t rent to some group that is protected by anti-discrimination laws. This “we don’t want your kind around here” advertising is easy to spot and obviously illegal. More recently some courts have recognized more subtle forms of discrimination in advertising. For example, showing pictures only of white models in an ad may create the impression that other groups are not welcome. Including religious symbols might suggest a preference for members of a certain religion. Even in these more subtle cases it is the advertisement itself that conveys the discriminatory message.

The first problem with this claim comes from the language of the advertising prohibition in the Fair Housing Act.  42 U.S.C. §3604(c) prohibits placing “any notice, statement, or advertisement,” that “indicates any preference, limitation, or discrimination” or “an intention to make any such preference, limitation, or discrimination.” The ads placed by the plaintiffs in this case apparently did not violate this prohibition. The ads were fine, it was the targeting of the ads that was discriminatory. Section 3604(c) does not prohibit discriminatory practices or methods; it prohibits discriminatory ads. Facebook will likely argue that unless the advertisements were themselves discriminatory it did nothing that violated Section 3604(c).

The plaintiffs also claim that by permitting advertisers to target different groups Facebook helps make housing “unavailable” to those excluded from seeing the ads. Making housing unavailable based on racial, ethnic and similar protected categories violates 42 U.S.C. §3604(a) and (f). This claim is also problematic. If discriminatory advertising made housing “unavailable” to those who were victims of discriminatory advertisements then §3604(c) would be unnecessary because everything it forbids would already be forbidden by subsections (a) and (f). One of the most basic rules of statutory interpretation is that every part of a statute is assumed to have a meaning, and an interpretation that makes subsection (c) meaningless violates that rule.

There is also more fundamental problem with the idea that facilitating discrimination by permitting targeted advertising violates the FHA. Targeted marketing is older than the Fair Housing Act, but those who facilitate targeted marketing have never been treated as violators of §3604(c). An apartment leasing company that only advertises in a newspaper like the Dallas Post Tribune has effectively excluded white readers because that paper specifically serves the black community.  A real estate broker that advertises in a neighborhood paper like Park Cities People distributed in affluent and mostly white neighborhoods knows that the ad will not be seen by very many black prospective buyers. The same kind of targeting is possible with radio and television advertising because the segregation of content means that certain stations or channels will have a predictably limited audiences. An advertisement on the local Christian radio station won’t be heard by very many Jews or Muslims. In all these cases the targeting is facilitated by the newspaper or media outlet’s own targeting of its audience.  Despite this I don’t know of any case claiming that newspapers, radio stations and other media facilitate discrimination by providing an audience with a particular racial or religious profile. The advertiser itself may be violating the general prohibition on discrimination in subsection 3604(b), but as long as the advertisements standing alone do not discriminate the media outlet that distributes it has not violated the FHA.

The real problem with Facebook is not that it is doing something new, but that it is so much better at it.  Facebook provides a lot more precision than is provided by choosing a particular radio or television station.; indeed, micro-targeting is the principal advantage for advertisers who chose social media or the internet instead of traditional media. It isn’t clear though that this practical difference makes a legal difference. If the FHA reaches those who “facilitate” discrimination it will be difficult to know where to draw the line between bad facilitation and o.k. facilitation. Some kinds of discriminatory advertising are not illegal† and so there is nothing inherently wrong with selling lists sorted by race, religion and other prohibited categories. It is the subject of the ad, not the targeting itself that creates a violation of the law. Although Facebook can, in theory, identify which ads are for housing and therefore might violate the Fair Housing Act, the same is true of an ad agency working for Joe Smith Real Estate or the sales rep for a media conglomerate that helps the advertiser decide which radio or television stations should broadcast the ad. The FHA forbids publishing ads that discriminate but nothing in the FHA suggests private media companies are responsible for policing discrimination by businesses that have discriminatory marketing strategies or methods.

The last problem with the lawsuit is that it relies entirely on testing by the plaintiffs. They don’t seem to have any examples of an authentic real estate advertiser using Facebook to engage in discriminatory advertising. All their examples involve fake entities they created placing fake ads that were specifically designed to prove their point. Without any real world examples of Facebook’s policies allowing discriminatory advertising it is hard to avoid the idea that this case is about a theory rather than a real problem that injures real people. Article III of the Constitution prohibits test cases and cases that are set up merely to check a legal theory, so Facebook may well argue that the lawsuit has to be dismissed unless the plaintiffs can find some real world example of a problem.

It wouldn’t be wise to predict how this lawsuit will end, but there is no doubt that success by the plaintiffs will threaten every publisher or broadcaster of advertising because it will always be possible for plaintiffs like to claim the defendant “facilitates” discrimination if it provides an audience with a particular racial, ethnic or religious affiliation. Housing discrimination is not the only kind of illegal discrimination. The theory behind this case might allow Yelp to be sued if a restaurant ad includes discriminatory content. It could permit ZipRecruiter to be sued if it arguably facilitates employment discrimination. Websites that merely accept advertising will have to worry about whether they were chosen because their audience is mostly black or white or hispanic, or because they appeal only to singles (family status discrimination is illegal for housing) or only to men or women. The same will be true of radio and television stations that have a specialized audience, of neighborhood newspapers (because many neighborhoods are still in fact segregated), and of magazines (if you only want men to rent from you, advertise in Men’s Fitness). The outcome of the lawsuit is uncertain, but every business that sells advertising should be concerned that it is about to become liable for the bad intentions of those who buy advertising space.

Special thanks to Andy Nguyen, a multimedia journalist with The Morning Dose on the CW network. Mr. Nguyen called this case to my attention when he emailed to ask for an interview about it. You can hear the story at this link: Facebook Being Sued for Alleged Discrimination with Housing Ads.

† Some products, including hair and cosmetic products, are specifically designed for particular racial or ethnic groups and are usually advertised to them. Billboard advertisements for beer that are written in Spanish to target a hispanic market are common here in Texas. Both discriminate, but neither is illegal.