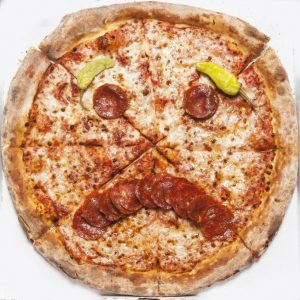 This afternoon the Ninth Circuit overruled the district court decision in Robles v. Domino’s Pizza LLC. Robles has always been an outlier. It is one of only a couple of cases holding that the absence of DOJ regulations made it unfair to prosecute claims against website operators under the ADA. The Ninth Circuit disagreed, adding additional weight to the lower court decisions finding that the lack of regulations does not raise due process concerns and confirming that in website accessibility litigation justice is simply not available to small businesses.

Although it doesn’t really change the law, the Ninth Circuit’s decision is worth a second look for the legal principles it solidifies and the absurdity it embraces. The decision starts by affirming the Ninth Circuit’s position that a website is required to be accessible only when it has some connection to a physical place of public accommodation. In its discussion it reaches back to the 2006 District Court decision in National Federation of the Blind v. Target. However, while Target was decided at the earliest stage of the lawsuit and discussed a number of theories under which the ADA might be applicable to a website in Robles the Ninth Circuit relies on only an odd compound argument that conflates the obligation to provide auxiliary aids and services for communication and the more general obligation not to discriminate in the provision of services. A website doesn’t really look like an auxiliary aid or service and so the obligation to provide such services doesn’t appear logically related to what a website does. It  would be more in keeping with the structure of the statute to say the website is a service of the physical place of business and that service must be provided in a non-discriminatory way. It is a theoretical distinction, but theory is important when the courts are engaged in a fundamental expansion of the ADA’s reach.

When it comes to the more important issue – whether it is unfair to require website accessibility without standards – the Ninth Circuit follows an argument made in many lower courts. The due process argument starts with the most general kind of notice, with the Ninth Circuit holding that Domino’s had fair notice that the ADA applied to its website. The Court then moves on to the more specific complaints concerning due process; that is, that it was unfair to require Domino’s to comply with a private industry standard (WCAG 2.0 AA) and that it was unfair to require Domino’s to do anything without regulatory standards.

On the first argument the Court simply holds that the plaintiff is not seeking to hold Domino’s liable for failing to meet the WCAG 2.0 standard, but rather using that standard as one possible guide for injunctive relief. Robles has been distinguished by other District Courts on the ground that it applied only when WCAG 2.0 was advanced as a standard for liability. The Ninth Circuit essentially says this distinction was never necessary because WCAG 2.0 was not being advanced as a standard for liability.

On the broader claim that without some kind of standard it is unfair to hold websites liable for not being accessible the Ninth Circuit simply says that standards are not required:

“the Constitution only requires that Domino’s receive fair notice of its legal duties, not a blueprint for compliance with its statutory obligations.”

While it is hard to assail this as a principle of constitutional law it has to be noted in the context of the ADA “fair notice of its legal duties” is really synonymous with some kind of standards. The ADA embodies a special kind of legislative compromise between accessibility as a principle and the need to define what accessibility is. When the ADA was first passed it explicitly provided that businesses were not required to be accessible until after accessibility standards were promulgated by the Department of Justice. The statute also set a timeline for the promulgation of those standards and created a backup standard in case they were not created in time (See, 42 U.S.C. §12186(b) and (d)). When the standards were updated in 2010 DOJ specifically allowed businesses to rely on the old standards for construction that took place before the new standards were in effect. Congress recognized that in matters where it is far from obvious just what accessible means it is in fact unfair to require accessibility without standards. Otherwise it would have simply said, “all public accommodations must be accessible” and left it up to the courts to decide what that meant.

The Ninth Circuit ignored this and then trotted out the argument that the lack of regulation was intended by the Department of Justice to permit flexibility in creating accessible websites.* Faced with the problem that it might be hard to know just when a website is accessible the Court simply writes: “if the court requires specialized or technical knowledge to understand Robles’ assertions, the parties can submit expert testimony.” This might make sense for a Domino’s or a Target that can afford to hire experts to fight for its particular vision of accessibility. In the real world the minimum cost of expert analysis runs in the tens of thousands of dollars. Giving businesses “flexibility” in deciding how to meet their accessibility obligation means that small businesses, who usually face well funded plaintiffs’ litigation machines, will never have even the slightest chance of obtaining justice. Instead they will be forced, as they often are, to meekly surrender and pay tens of thousands of dollars to the lawyers for serial filers as the only alternative to going out of business.

This is the real and important message from Robles v. Domino’s. When it comes to the ADA, justice is reserved to the rich. It hardly seems likely Congress intended that the ADA be used as a tool to oppress small businesses, but the Ninth Circuit and the Department of Justice have made it exactly that.

Thanks again to Robert Taft for so promptly making me aware of this decision.

* This argument, recently advanced by DOJ itself, is patently untrue. DOJ’s pending regulations were cancelled for ideological reasons by the Trump administration, an action taken without the opportunity for public comment or any sign of deliberation as to the wisdom of the act.

« Obesity and the ADA – What would President Taft think? » ADA Standards – can you sit in a wheelchair while you stand at the bar?