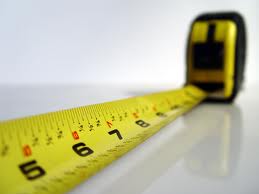 « The real victims of stupid and abusive ADA lawsuits? The disabled. » The DIY ADA litigation avoidance survey – is that a target on your back?