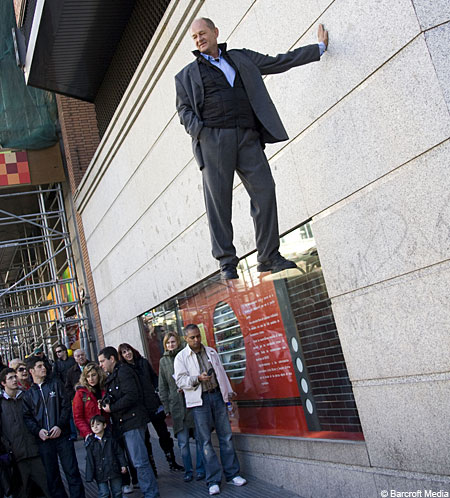 Every few months another district court confronts the inherent tension between private enforcement of laws like the ADA and the standing requirements for individual litigants in the federal courts. The Constitution regards private lawsuits as a means to vindicate private rights, and the constitutional requirements for private litigants make an uneasy fit with the goal of promoting public policies concerning accessibility for those with disabilities.  The Constitution requires that a private litigant have “ standing,” which means that the party ust have suffered an injury caused by the defendant that the courts can somehow fix.  In ADA litigation neither the injury nor the court’s ability to fix it may be obvious. The result is a mishmash of inconsistent approaches to standing that leaves little certainty for litigants.

Tension between public policy and private enforcement appears first in defining the harm a plaintiff has suffered.  The accessibility provisions of the ADA don’t describe discrimination in terms of doing something to somebody. It is “discrimination” to fail to make a facility accessible, even if no one with a disability every uses the facility. In other words, there can be discrimination under the ADA even if no one ever suffers any harm. If the Constitution requires harm as a prerequisite to filing suit, this kind of discrimination may never be cured.

A common example of the problem is the person in a wheelchair who can’t get into the front door of a shop because there is no ramp. That plaintiff clearly sue over the lack of a ramp.  However, what if the shop also has narrow aisles, inadequate bathrooms, inaccessible dressing rooms and other barriers to entry? The plaintiff will never encounter those barriers to access, and some courts say that this plaintiff has no standing to complain about the other barriers because she can’t be injured by discrimination she never encounters.

That position runs head on into the private enforcement model. It really doesn’t make sense to require that multiple lawsuits be filed just because no single plaintiff encounters all the barriers to entry. Based on that kind of concern more liberal courts allow the plaintiff to engage in discovery to find accessibility violations so that all the problems can be wrapped up in a single lawsuit. How far the plaintiff can go varies depending on the court. Some limit discovery to places the plaintiff was likely to visit, or to violations existing when the property was visited. Others place no real limits at all on the allowed discovery.

This is certainly a more efficient approach in terms of solving accessibility problems, but it doesn’t really address the constitutional requirement of an actual injury.  If a single violation can justify discovery to find all the possible violations, why not just let plaintiffs who suspect there are violations file suit, take discovery, and then make a claim based on every violation found?  In addition, there is also at least an intellectual contradiction between these cases and the very well established principle that a plaintiff cannot sue for violations that do not affect his disability. A seeing wheelchair bound plaintiff cannot sue for violations that only affect the blind because he cannot suffer an injury from them. But neither can he suffer an injury if the women’s restroom is not ADA compliant, and yet some courts would permit such claims as long as the ADA violations related to those in wheelchairs.

The ability of a court to “fix” the violation also leads to trouble because the only relief available under the ADA is an injunction requiring that the violation be eliminated.  A plaintiff who will never return to the facility where the violation occurred cannot be helped by an injunction because she will never face this particular discrimination again. This conundrum has led to a wide range of decisions attempting to quantify the degree of likelihood of return necessary to say that the plaintiff has standing. The various standards and considerations advanced to justify the conclusions the courts reach all have one thing in common – they require an evaluation of the credibility of the plaintiff’s claims long before the evidence has been fully developed.

These problems, and related problems in purported class actions, all have the same ultimate effects. They cause the parties to incur considerable expense in order to get to an issue that is ordinarily resolved on the pleadings, and they create considerable uncertainty as to what will happen in any individual case.  Until there is a statutory fix or a resolution in the Supreme Court, neither of which is imminent, the tension caused by using private litigation to enforce public policy will lead to both uncertainty and expense for all the parties.