Strip Search at the Strip Center 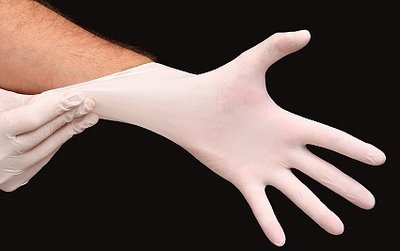 Well, that may be a little overwrought.  We’re talking here about a guy with a clipboard and a tape measure – no rubber gloves are involved. Still, it’s hard not to feel violated when a federal judge orders you to allow someone to inspect your property.  This is especially true when you know that person’s  sole reason to be there is to find violations of the ADA accessibility standards for a plaintiff who never knew they existed.  A feeling of violation won’t stop the inspection however.  The achievable goal is to make the inspection irrelevant, or at least limit it.

The problem of inspection for ADA and FHA cases almost always comes up in the same way.  The plaintiff alleges that he or she encountered one or more barriers to access. If the case survives a motion to dismiss the plaintiff then asks for an inspection of the property to find additional violations that are unknown, but will, if found, be added to the lawsuit. The owner argues that if the plaintiff doesn’t know about a violation then the violation cannot have caused harm and shouldn’t be part of the lawsuit. Putting aside the legal principles involved, the heart of the argument on both sides seems to be an attitude that ADA litigation is a game in which property owners try to avoid the expense of compliance while disabled plaintiffs try to act as super advocates for all those with disabilities instead of seeking a remedy for the discrimination they have personally experienced. Like most legal games this one primarily benefits the lawyers.

For owners it is mostly a losing game.  A few courts have agreed that discovery is limited to the specific allegations in the complaint, but most don’t and will allow some kind of inspection. Even when no inspection is allowed the win is at best short term.  There is always another plaintiff, and that plaintiff will encounter and plead the barriers the current plaintiff didn’t.  Until they are cured, ADA violations are just a bomb waiting to explode. In addition, most real ADA violations can be discovered by anyone with a level and a tape measure, and unless you propose to search your customers what they measure in the restrooms can’t be stopped.  Many ADA lawsuits are filed after an informal inspection the owner never knew about.

What owners should do when confronted with an alleged ADA violation is get ahead of the game by conducting their own inspection. In every kind of litigation superior knowledge is an advantage, and an owner who already knows what the problems are is in a better position to minimize their impact by proactively solving them.  The best and most effective ADA defense is always mootness because it ends the lawsuit before any attorneys fees can be awarded to the plaintiff’s lawyer.

A proactive inspection and plan of remediation also strengthens the owner’s argument for principled limits on discovery.  Those limits go back to the requirement of actual harm and standing to sue.  A customer patronizing a restaurant or store cannot go into non-public areas like the kitchen or storerooms, and so barriers to access in such non-public areas cannot harm that customer. The same is true for a male customer who will never use facilities for exclusively for female customers like restrooms, dressing rooms and locker rooms. I would argue that because standing requires both a visit and an intent to return the inspection should be limited to those facilities to which the plaintiff at least alleges an intent to return.  In a strip shopping center a plaintiff who claims he would visit the pizzeria in the future has not made the kind of allegation that would justify inspection of the veterinary office or tanning salon.  A similar line can be drawn between the individual store actually patronized and other stores in the same chain but located elsewhere. One case refused to allow inspections of every hotel in a national chain based on allegations concerning a single hotel because the plaintiff could not credibly claim he intended to visit all of them. An owner who can show that it has been proactive in identifying and correcting barriers to access is in a position of strength when arguing for limited standing and discovery based on legal principles.

One reason district court level ADA decisions can be so inconsistent is that they reflect the court’s reaction to the good faith or bad faith of the parties rather than a strict logical application of legal principles. Owners who aggressively identify and fix barriers to access will find it much easier to argue for limited discovery than owners who aggressively advance purely legal arguments in order to avoid removing any barriers to access.  The strongest position for any owner or operator is to be both morally and legally right, which means fixing what must be fixed before fighting what can only be fought

« A Strip Center Case Study » Just what is an abusive lawsuit?