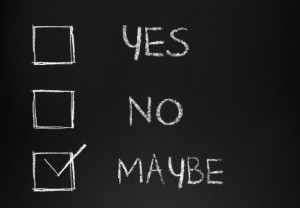 The first statute discussed in Magistrate Robertson’s opinion is Section 504 of the Rehabilitation Act. This statute applies to programs or activities receiving federal assistance. While federal assistance programs are pervasive, the vast majority of businesses are not subject to Section 504, and so the arguments concerning its application don’t apply at all.

Magistrate Robertson’s discussion of the ADA is based, from the outset, on the fact that this case was brought by the National Association of the Deaf with a demand that Harvard provide closed captioning for its on-line videos. Against this background her argument is straightforward. She argues that:

Notice that this argument does not mention the internet, and would apply equally to Harvard showing videos in its classrooms, or providing video content for broadcast or cable transmission. Although Magistrate Robertson does not make this point, it is clear that with respect to her analysis the internet is merely the medium by which the video content is transmitted to the final consumer. In fact, the argument is really over when she states that “Harvard” is a place of public accommodation rather than distinguishing between Harvard the entity that owns and operates a school and the school itself. The ADA distinguishes the owner and operator of a place of public accommodation from the accommodation itself. By ignoring this distinction the opinion avoids the question of whether websites are themselves places of public accommodation, although she rejects the Ninth Circuit’s decision in Cullen v Netflix as “not the law in the First Circuit.”*

This reasoning does not mean, however, that every website must be accessible to every disabled person. Closed captioning fits neatly into the definition of auxiliary aids and services because it is something added to the content delivered to the user’s browser. The same is not true of the accessibility features required by vision impaired or dexterity impaired users. With the exception of alt tag captions, accessibility is not something that is just added to existing content. Rather, accessibility means changing the structure of the code that tells the web browser how to display the content as well as adding new code that is unrelated to the content, but rather to navigation around the content. These kinds of changes don’t look very much like an “auxiliary aid or service.” They certainly aren’t anything that has been widely recognized as such a service.

So where are we after this decision? Well, we have a decision, not yet confirmed by the district judge that is not binding on any other court. It holds that if you treat a website as a public accommodation then closed captioning for video is an auxiliary aid or service that must be provided, assuming it turns out to be feasible and effective. It’s a long and carefully argued decision, but it really isn’t a big deal. For now ordinary businesses will have to live with uncertainty about whether their websites must be accessible and if so just exactly what that means.

« The ADA and safety – beyond accessibililty to damages. » Dialing for Dollars – Fair Housing advocacy or just a business?